What Are The Vegan Options At Cooper’s Hawk? (Updated Guide) 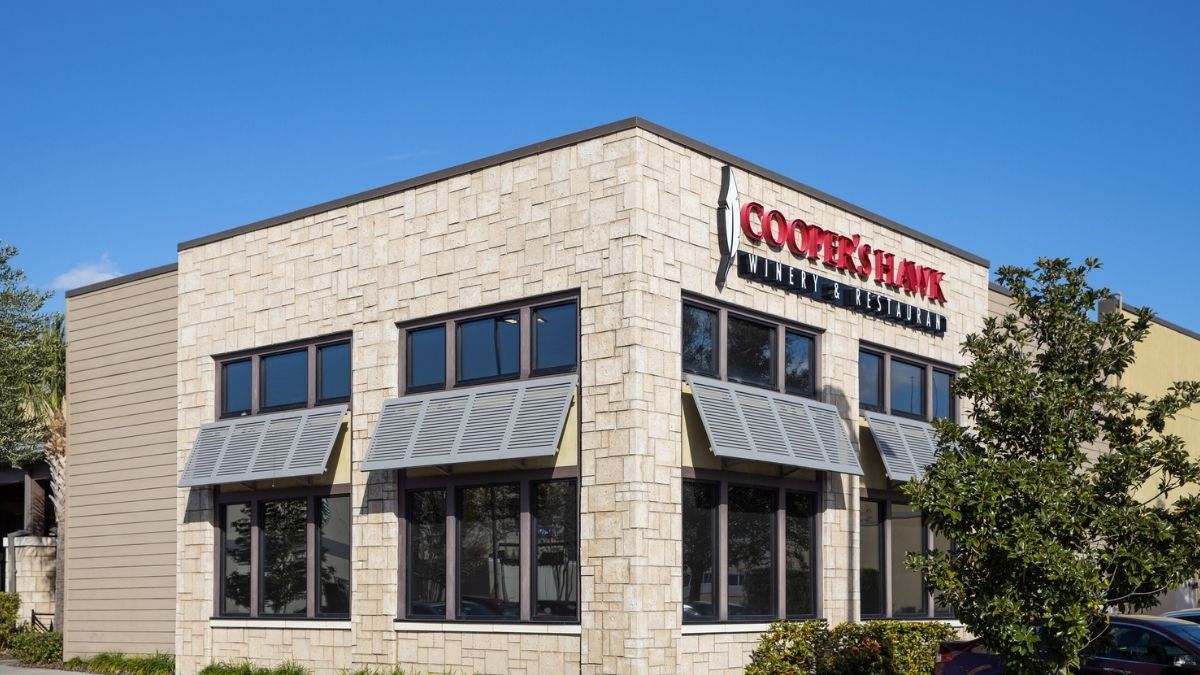 Cooper’s Hawk Winery & Restaurant is known for its strong belief in the power of great cuisine and wine to bring people together. They’re also noted for having the country’s largest wine club. In 2005, the well-known, modern casual diner opened its doors in Orland Park, Illinois, with the goal of bringing employees and customers together as a family through their specialty menus and ambiance. Is their objective, however, to connect everyone with delicious cuisine and wine, including vegans?

Cooper’s Hawk is mostly appreciated for their wine and steaks. They serve vegetarian dishes on their menu list, but some of these can be fine-tuned to the dietary restrictions of most vegans.

For an in-depth guide to these vegan-friendly choices in Cooper’s Hawk, simply scroll down below and check them out.

You may have already noticed, but most of the appetizers and side dishes mentioned above do contain dairy products. This is because Cooper’s Hawk frequently serves vegetarian rather than vegan cuisine. To put it another way, there is a clear distinction between the two, which most people miss. This is why you should first and foremost inform your server that you are a vegan, not merely a vegetarian so that you can be offered custom food that meets your dietary limitations.

If you’re a staunch vegan, you can always ask your server to remove any animal-based ingredients from your meals, including dairy. And, since you’re most likely one of the latter, here’s the list you’ve been waiting for.

It’s also important to note that foods that are fried, roasted, and grilled are usually done alongside their meaty dishes.

For vegetarians, Cooper’s Hawk Sweet Corn & Tomato Risotto is a popular choice. Corn, tomato, peas, shiitake mushrooms, roasted peppers, spinach, Stracciatella, and pesto oil are in the dish. This is Cooper’s Hawk’s most well-known vegetarian dish, and it’s also convertible into a vegan variant. Simply request that the Stracciatella be removed from the dairy and it would become just as popular to vegans as is to vegetarians. Served with Cooper’s Hawk Red, bin 91. Gluten-free.

Napa Chicken salad can be adjusted to a vegan delicacy just by removing the chicken bits, and more so by dismissing the goat cheese and replacing the honey mustard vinaigrette with standard vinaigrette. Then you’d be left with the apple, dried cherry, corn, avocado, toasted Marcona almonds, cilantro, and tomato. Served with bin 75, Cooper’s Hawk White. Gluten-free.

All the burgers, entrees, soups, sandwiches, and pasta are non-vegan, as they contain meats from animals. Also, all of their desserts contain dairy products, but you can request fruits as sweet finishers.

The majority of wines we encounter are already vegan-friendly and do not include any animal-based ingredients. However, because wines with thoroughly summarized components and disclaimers aren’t particularly popular, it’s not fair to assume that all wines are vegan-friendly. So, until you contact the producers or check to see whether they’ve previously posted a disclaimer, you’ll never know for sure.

But first, a word of caution: milk products, honey, eggs, isinglass, gelatin, carmine, and chitin are all substances to look out for on wine labels. Each is described briefly by Healthline, along with how they’re employed in winemaking. Even yet, wines that use these chemicals as fining agents are rather uncommon, and they’re typically blended in cocktails.

Cooper’s Hawk, on the other hand, maintains that all of its wines are vegan-friendly and that they pay close attention to the fining agents they employ, avoiding egg and casein-based ones. PETA also supports this in a 2021 update on vegan wines. So you may enjoy a fragrant sip of your favorite Cooper’s Hawk wine flavors without having to worry about consuming animal-based refiners.

Others argue that Cooper’s Hawk’s Limoncello, an Italian liquor derived from lemons, is not vegan-friendly. This could also be due to the fact that not all lemons are vegan. Lemon peels are steeped in edible alcohols and combined with simple syrups to make limoncello. Because the argument claims that lemons are occasionally coated with shellac, a natural wax formed from lac bugs, it’s easy to deduce that unwashed lemons used in Limoncello aren’t vegan.

However, since lemons are carefully cleaned for the making of Limoncello, and that edible ethanol can dissolve natural waxes, the process by which this takes place qualifies Cooper’s Hawk’s Limoncello as vegan-friendly. Also, note that Limoncello is generally vegan-friendly and so are lemons once you clean or peel the skins thoroughly.

If you’re not the classy type to indulge in wine, then cocktails, beers, and other beverages, alcoholic or non-alcoholic, may suit your style.

If you’re looking for a cocktail, it’s best to ask your server first if they have vegan-friendly cocktails. Although it may be awkward to do so, cocktails are mixes of alcohol and other ingredients, so you do have a reason for inquiry. That said, there is only one combo that you should avoid. Cooper’s Hawk Bloody Mary contains jumbo shrimp and andouille (smoked pork sausage).

Beers are generally vegan-friendly since they usually contain water, wheat, yeast, and hops, but it’s not gluten-free, obviously. Cooper’s Hawk beers are good to go, but still, feel free to ask for vegan variants.

Martinis are also available, with the Espresso and Dark Chocolate being two to dismiss because they both contain Baileys Irish Cream, an Irish liquor smoothed with heavy cream.

Not much of a drinker? Then they also have a good array of non-alcoholic beverages like coffees, iced tea, and coke. Just make sure to request no cream in your drinks.

The bin numbers suggest which type of wine would be ideal for a particular dish based on the chef’s opinion, but as they are optional, you can use a different one or none at all. You may also check up individual wines in their collection or go to Wine Folly for more in-depth explanations of specific wines, how and why they’re served with specific cuisines.

Cooper’s Hawk Happy Hour is held every Monday through Friday from 2 to 5 p.m., although it is currently only accessible in their Arizona, Florida, Maryland, Michigan, Missouri, Ohio, Virginia, and Wisconsin locations. A piece of complimentary gluten-free pretzel bread is also available.

They’d sell some of their most popular dishes for a lower cost, such as roasted vegetables and crispy brussels sprouts. You can normally save a dollar or two around this period, but be aware that there will be a lot of people around. So, if you want to get in on their happy hour right away, call ahead and make a reservation.

So Here’s The Thing

Cooper’s Hawk is a terrific place to unwind and enjoy a dinner with family, friends, or your significant other while sipping on some of the best wine and beverages around. However, given the fact that Cooper’s Hawk caters mostly to vegetarians, they have a very limited selection of vegan-friendly meals. You can still enjoy and be satisfied with these humble meals, but compared to other vegan restaurants, Cooper’s Hawk may not be on your favorite list of go-to eateries. Cross-contamination is already a problem because their vegan meals are cooked alongside their meaty offerings.

The most beneficial aspect of Cooper’s Hawk service is that they are always willing to accommodate your tastes and dietary restrictions. They’re friendly and accommodating to your requirements. So don’t be afraid to tell them about your allergies and dietary preferences.

If you’re a big fan of winery though, then Cooper’s Hawk is a great choice for you as their wines are 100% vegan-friendly and they have one of the best and most accommodating wine clubs among the states.

So you may have come to the conclusion of this post frustrated by Cooper’s Hawk’s lack of vegan options, and you may have planned to go there before reading it. But, fear not, my friend, there are plenty of other fantastic places to get a great bite of your favorite vegan-friendly foods.