What Are The Vegan Options At Genji? (Updated Guide) 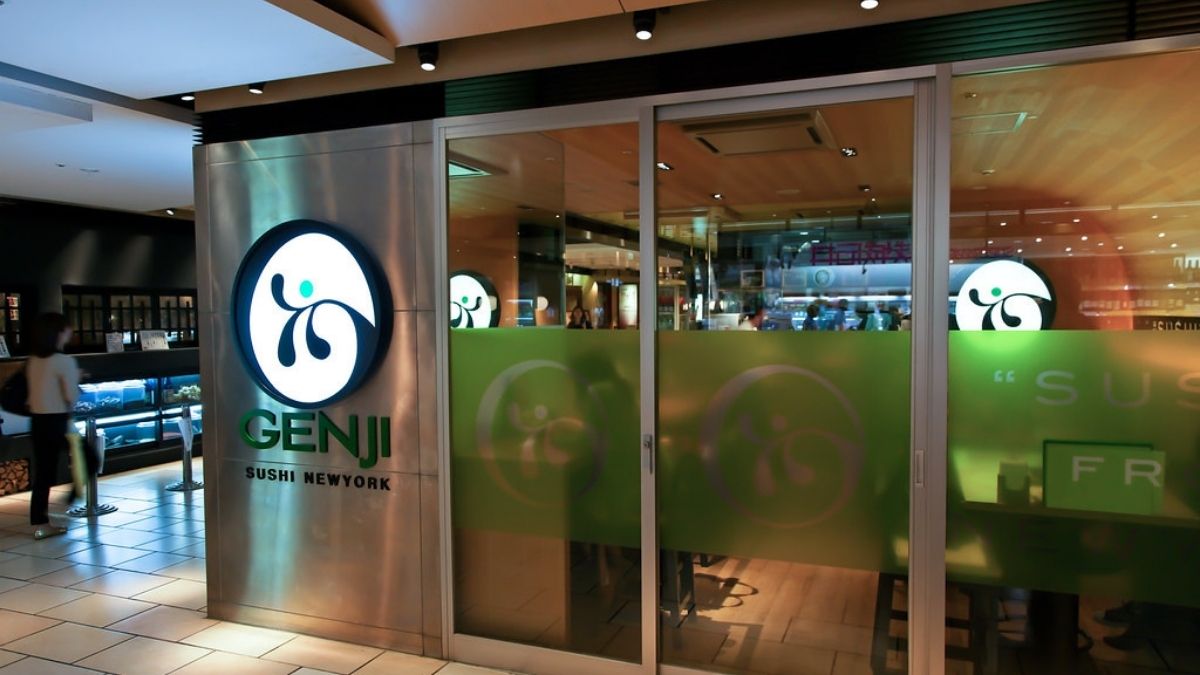 Oriental cuisine has been prized all over the world for centuries for its uniqueness, spice, and exoticism. Even now, various people still crave the fresh and quality delicacies that many Asian-culinary restaurants offer today. One of the most popular and peculiar dishes out there is Japanese sushi, while also the sashimi and maki are runner-ups. However, since raw fish or meats are often used in making sushi, most of them are not up for the vegan diet.

Genji Sushi is a subsidiary of the Hana Group, which has also partnered with Whole Foods since around 1997. Originating from Philadelphia, Genji is the largest provider of fresh and authentic Japanese sushi and sashimi in the US. Fortunately for us, they do have a wide variety of vegan-friendly sushi, yum!

The easiest way to look for the vegan sushi and dishes from Genji Sushi is straight up from their Facebook page. All of their locations across the nation are located inside Whole Foods markets and they’ve stretched out in Europe as well. You will also like how Genji Sushi celebrates Vegan Day and Meatless Mondays in all their restaurant and bar locations. So, here’s a consolidated summary of their vegan options, right down below.

Remember to ask for no mayo since mayo is usually served in most of the rolls, and their mayo isn’t vegan. You can ask for their Original Vegan Ginger Miso Dressing instead.

Also, not all of Genji’s Sushi Bars and restaurants share the same menus most of the time, and other rolls are sometimes only available for limited times or take-out orders. You can double-check their menus from their website or FB page. Lastly, their sushi rolls come in 4-8 pcs per order ranging between $4-10. You can also check the nutrition and allergen facts of their products here.

Genji’s famous for their sushi, sashimi, and maki, but they’ve got more than just that going around, they also serve piping hot ramen, miso soup, filling rice bowls, and fresh salads through their branded restaurants and retailers. Heads up that most of the links here are PDFs of menus, so if you try to look them up you may be prompted to download the file.

Available mostly in the lower eastern region of the US.

Dots most of the eastern coast of the country but also in Ohio, Dallas, Colorado, Utah, and mid, west coast of California.

Available in California, Utah, Dallas, Tennessee, Carolina, and Atlanta. There’s no absolute menu posted for Genji’s Wok Street since it’s a make-your-own-bowl type of bar and so you can choose from a variety of plant-based toppings, proteins, and sauces with white or brown rice as your base. They also serve your choice of salad or wrap.

I’m a big fan of rice bowls, and so I love their combination of brown rice with tofu toppings, garlic green beans, and Thai red curry sauce. You definitely should try the exciting fun of building your own rice bowl at Genji’s Wok Street.

Available only in New York, Maryland, Atlanta, and Colorado. Genji Izakaya is basically Ramen and Poke, but with booze. The term “izakaya” refers to a type of Japanese-style bar that serves meager and inexpensive meals or snacks that go well with alcoholic drinks.

Only available in New York, Genji’s Sushi Kano is their diner that has a wider set of meals and dinner combinations compared to their usual bars. It is by far Genji’s food brand that has the least branches, consisting of only one. This one however does not lack in vegan-friendly dishes, so if you’re in NY, you should definitely pay a visit.

A creative play on the letters “K” and “J” which stand for Korean and Japanese, respectively. The Korean and Japanese culinary kitchen that introduces local street foods in the US market is located only in bottom west Tennessee and the border between North and South Carolina.

That basically wraps up the main vegan-friendly options at Genji’s Sushi Bar and brands, and there’s a great handful of them for a Whole Foods stall, and so it means that Genji does stand up to its reputation for being the country’s largest sushi producer and seller.

However, Genji’s Sushi Bar isn’t the only vegan sushi place to go to as many other available restaurant chains may serve you just as well.

A completely plant-based restaurant that offers fresh-quality, vegan Asian cuisine and is quite a popular place amongst vegans and commoners alike. There are dozens of reasons (or should I say food items) why you should pay this sushi bar a visit in NYC. It’s also currently New York’s leading vegan restaurant chain. Here are some of their best examples.

Genji’s Sushi Bar is already the largest brand that offers vegan-friendly sushi and holds vegans in high regard in their celebrations such as Meatless Monday, and Beyond Sushi on the other hand is a hit piece in New York, a powerhouse of the plant-based food industry, but here are some other restaurants worth noting for their vegan offers.

Traditional sushi is made with raw fish, however, since today’s sushi has the free option to be made with cooked fish by preference, the real problem is that a typical roll of sushi, doesn’t have that many benefits. According to Healthline, since a sushi roll is served with very few ingredients, the health benefits that can be reaped from one bite-size piece aren’t very significant to an average person’s daily nutritional needs.

Normal sushi is usually made up of carbs, fats, and salt, and since they’re not very filling and tend to be digested immediately by the body, the average person may be able to eat an entire roll of sushi and still feel unsatisfied. So, a sushi roll is made up mostly of unhealthy nutrients compared to its beneficial attributes, which makes it a meager side of the meal and not an entire meal by itself.

Whereas vegan sushi contains fewer carbs and fats since it is plant-based, making it a healthy alternative that also contains less salt. More so, vegan sushi doesn’t contain any raw animals and so it is free from parasites and bacteria that may be present in raw fish, such as salmonella and anisakis. It’s also less likely to contain mercury pollutants and toxins from fish that’s been inhabiting polluted waters.

Vegan sushi is mostly prepared with organic and fresh-quality ingredients that contain good amounts of nutrients and fewer contaminants.

So if you’re ever off for a trip to a Whole Foods market, I definitely recommend you to check out a vegan sushi roll at any Genji branded stall and you surely won’t regret it. Sure they’re mostly the same old veggies and fruits, but if you’re getting bored of that, then their special tuna ahimi made from fresh tomatoes may seal the deal.

Sushi is popular all over the world, but there are quite some health risks inclined to it, and so it would be so much better if people would simply appreciate the deliciousness and nutrition of plant-based rolls. Well, much better is that you don’t have to stop with just the sushi platters at Genji because they have a lot of other vegan-friendly products too, especially their yummy ramen and gyoza.

So be sure that next time you try out Genji Sushi Bar, make yourself at home because you can order a completely vegan meal from them without any worries, they’ve got you covered with their plant-based substitutes for tuna and mayo, as well as their other scrumptious items.