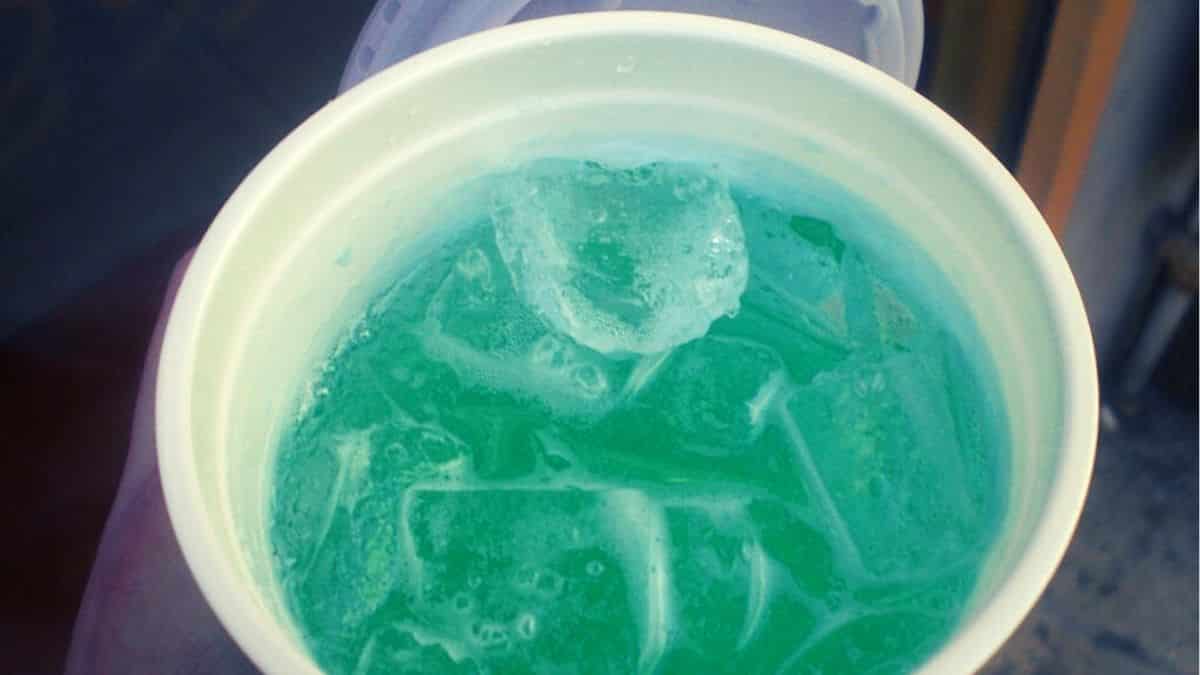 Mountain Dew is a famously known company under PepsiCo. It sells aerated soft drinks all across the globe in several flavors. Vegans also prefer this brand and its products due to the non-animal-based elements used as ingredients in the drinks.

Baja Blast is a tropical storm flavor drink offered by Mountain Dew. It’s one of the many vegan beverages provided by the popular drink brand. It’s made of mangoes, citrus, and pineapple. Mountain Dew has officially listed that the Baja Blast drink is made of natural and artificial flavors.

This drink is as old as 20 years. It can be found at the soda fountain section of Taco Bell. Taco Bell is where this drink was released for the first time under the name Baja Blast Freeze. Provided below is an accurate description of what makes Baja Blast vegan.

Based on a careful analysis of the various elements added to Baja Blast Mountain Dew drink, one can confidently claim that the drink is vegan. To provide a clear insight to you, a detailed description of the same is as follows:

When water is infused with carbon dioxide under an immense amount of pressure, it leads to carbonated water. Carbonated water is present in Baja Blast Mountain Dew drink to make the drink fizzy, bubbly, and sparkly.Â

These are some of the most commonly known characteristics of an aerated soft drink. Hence, it’s easier to understand the presence of carbonated water in this drink.

Citric acid is added to this drink to enhance the flavor. This is created from the juices of lime and other such fruits. It’s commercially sold only after the fermentation of sugar.

The presence of citric acid can be explained by the presence of lime in this drink. It’s this that adds a slight tropical tinge to Baja Blast Mountain Dew soft drink.

Are you surprised to know that Baja Blast Mountain Dew soft drink constitutes caffeine as one of the main elements? It’s true as per the information given by theÂ Center of Science for the public interest.

The released data shows that Baja Blast drink constitutes 55mg per 12oz of caffeine serving in one bottle. Here, you may like to check as to how much caffeine levels your body can intake.

Gum Arabic is also known as the Acacia Gum. It’s an essential element derived naturally from the Acacia tree. This naturally occurring element is used in Mountain Dew Baja Blast drink as a stabilizing agent.

This means that the Gum Arabic provides stability to Baja Blast soft drink.

Yellow5 is a petroleum-based dye added to Mountain Dew. The FDA has approved this dye. However, it does have harmful impacts on one’s body.

If you’re a vegan, this dye doesn’t go beyond your lifestyle. However, keeping in mind its harmful effects otherwise, you may want to be careful while purchasing the drink.

Mountain Dew Baja Blast contains sodium citrate, which is an acidity regulator added to soft drinks. The consumption of this chemical compound is absolutely fine for those leading a vegan lifestyle.

This is a form of a sweetener added to Baja Blast drink. It’s present in a liquid form in Mountain Dew at a level of approximately 42%. High fructose corn syrup is obtained from cornstarch and is thus vegan.

By examining the above list of elements added to Mountain Dew Baja Blast flavor, vegans can take a deep sigh of relief. All of the ingredients mentioned above are vegan. While some of them may negatively affect your body, none of them are derived from animals.

Where Can You Buy Baja Blast?

As mentioned earlier, Mountain Dew as a brand falls under the PepsiCo label. On PepsiCo’s official website, it has been noted that the Baja Blast Mountain Dew drink can be found at all Taco Bells under the Soda Foundation section.

However, surprisingly, Taco Bell hasn’t listed Baja Blast on its official menu or website. For this purpose, you may have to visit the place and ask the staff for more details, if required.

Is Baja Blast A Mixture Of Powerade And Mountain Dew?

The Baja Blast drink consists of natural and vegan extracts of fruits like mangoes, pineapples, and citrus. These extracts aren’t present in an amalgamation such as that of the Powerade and Mountain Dew.

Mountain Dew is known to sell many vegan drinks. Other than Baja Blast, you can also find vegan drinks such as:

No, Baja Blast Mountain Dew isn’t naturally an alcohol drink. However, its amalgamation with certain forms of alcohol can prove to help enhance the taste. This again is dependent on one person to another.Â

Undoubtedly, alcohol doesn’t disrupt the drink’s vegan nature that has been discussed in the paragraphs mentioned above.

While the intake of natural fruit extracts on your body may be good, Baja Blast’s consumption is also associated with some adverse effects. These are as follows:

The PH level of this drink stands at 3.2. Scientifically, drinks with PH levels below 7 are considered acidic. Hence, if one begins to consume Mountain Dew Baja Blast regularly, they may face difficulties in acidity problems and even tooth enamel decay.

The can or bottle that this drink comes in constitutes BPA. Do you know what BPA is? BPA stands for Bisphenol-A. This is really harmful to your body.

Bisphenol A consumption can give rise to various problems such as obesity, infertility issues, and even hormonal issues. As a result, the regular consumption of this drink isn’t recommended.

Mountain Dew is a carbonated drink, and all such beverages contain very high levels of sugar. This can lead to high blood sugar and even give rise to many heart problems.

Regular consumption of Mountain Dew Baja Blast drink can lead to thyroid burns and even give rise to skin problems such as skin lesions.Â

To avoid this, you shouldn’t drink Baja Blast regularly.

Mountain Dew Baja Blast is one of the various vegan drinks sold by the company. This tropical drink is a mixture of several fruit extracts such as pineapple, mango, and lime. The consumption of these extracts has a good effect on your body.

However, you may want to remain a little careful as it does contain caffeine and certain chemicals. Despite the various advantages and disadvantages of the drink mentioned above, the drink has no animal-based elements. The consumption of the Baja Blast drink is safe for you and your lifestyle. Don’t hesitate and enjoy the tropical taste of the popular drink now! 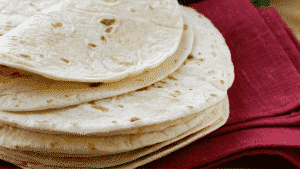 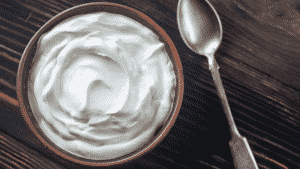 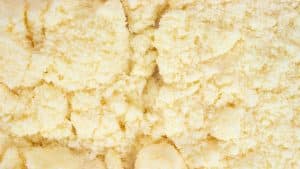 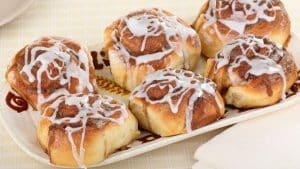 The cinnamon rolls are rolled sheets of yeast-leavened dough onto which a cinnamon and sugar mixture is sprinkled over a thin coat of butter. Unfortunately, they aren’t vegan. 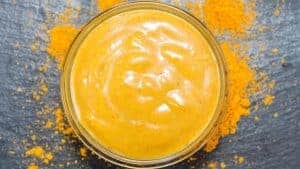 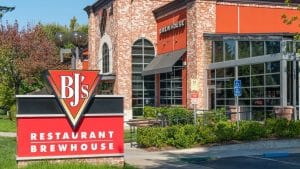 In a place where burgers and pizzas are the most popular items on the menu, vegan options are scarce. Still, BJ’s will surprise you with a decent selection of vegan-friendly alternatives.