What Are The Vegan Options At Carvel? (Updated Guide) 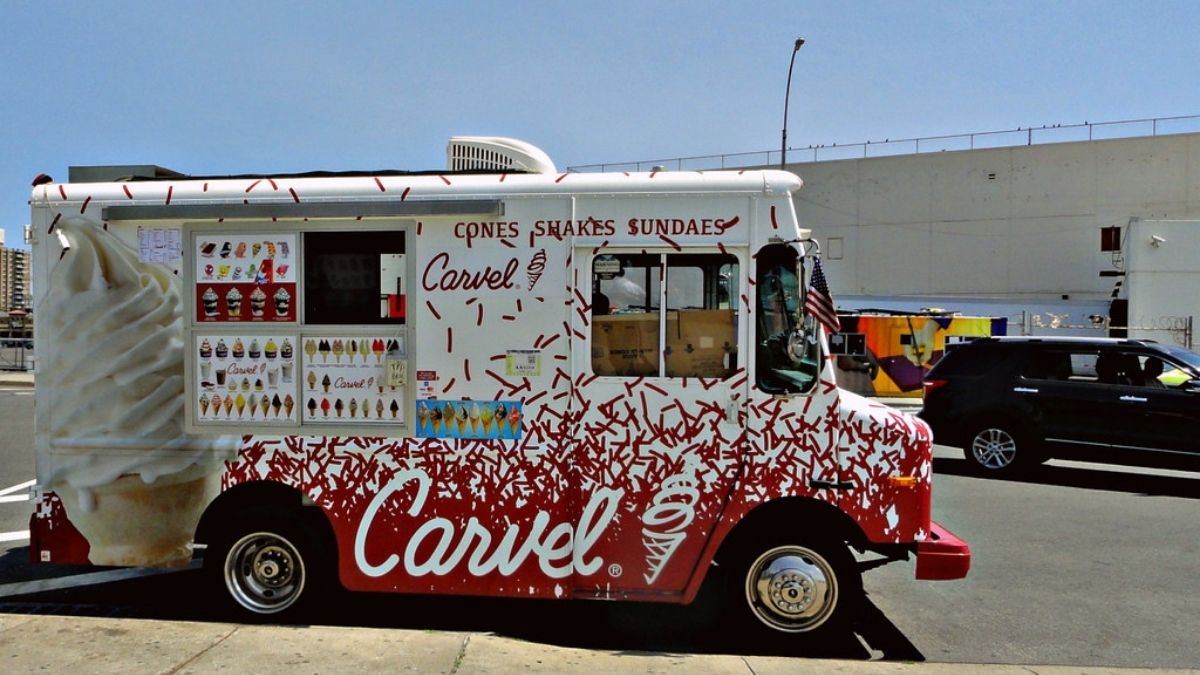 Even in the 21st century, there are few vegan restaurants available. However, some ice cream chains offer vegan-friendly ice creams.

Unfortunately, Carvel is not one of those chains. At Carvel, you can enjoy some delicious flavors of ice cream, but they all contain dairy. So, Carvel ice creams are off-limit for vegans. You can only get sorbets at Carvel.

We have also compiled a list of the best restaurant chains that offer vegan ice cream in multiple flavors to give you more options.

Carvel is an American-based ice cream franchise founded by Focus Brand. This chain was created in 1929, and now it has more than 400 franchises all around Florida and Northeast United States. It has locations across Puerto Rico and 20 different United States, located in high-traffic areas, including sports arenas, malls, and airports.

Carvel is quite famous for its ice cream cakes and soft-serve ice cream. Besides these, Carvel also offers ice cream sandwiches and ice cream bars in different flavors. However, the real question is, does Carvel offer any vegan ice creams?

Sadly, Carvel is not an ideal place for vegans. All ice cream flavors at Carvel contain dairy that is not suitable for vegans.

The only vegan option at Carvel is Italian ice. However, if you are at this franchise, avoid Italian swirl ice because it is not vegan-friendly. The only three vegan options at Carvel include:

As you can see, there are not many vegan options at Carvel.

As dairy is forbidden for vegans, you cannot enjoy all flavors of ice cream. However, some limited restaurant chains offer vegan ice cream. Instead of dairy, vegan ice cream contains plant-based milk, such as coconut milk, soy milk, oat milk, and more.

We have listed the top 10 ice cream chains that offer plant-based ice creams to give you more insight.

According to their official website, the process of making Brave Robot ice creams does not involve any animals. In this process, the cow’s milk is duplicated and mixed with microflora – a bacteria. Afterward, the output is fermented with plant-based sugar used to create vegan ice cream.

The popular flavors of ice cream at Brave Robot include:

Next, we have Jeni’s Splendid Ice Creams. Jeni’s offers three grab-n-go cups and four dairy-free pints suitable for vegans. The flavors of mini cups and pints vary. For instance, while you can get Lemon Bar in a mini cup and pint, the Frose Sorbet and Chocolate Truffle is only available in mini form.

If you are at Jeni’s, you must try these flavors:

Halo Top offers both vegan and non-vegan ice cream flavors. As of today, there are a total of 7 Halo Top flavors that are entirely free from dairy and contain veganised chocolate chips and caramel.

Here are the top 3 ice cream flavors at Halo top that are must-have:

Van Leeuwen is another ice cream chain that deserves a spot on our list. Van Leeuwen has recently created a brand-new flavor known as Kraft mac-n-cheese. Depending on your vegan status, this flavor could be good or bad because it is not entirely vegan.

Still, you don’t have to give up because Van Leeuwen offers 22 delicious vegan ice cream flavors entirely made from oat milk and cashew milk bases.

The most popular Van Leeuwen ice cream flavors include:

Tofutti is known for its mouth-watering bagels. However, did you know that Tofutti also offers vegan ice creams?

To everyone’s surprise, the ice cream flavors at Tofutti are made from soy milk.

The vegan ice cream options at Tofutti include:

The best thing about Ben & Jerry’s is that they are available almost everywhere. Made from sunflower seed butter or almond milk, their vegan ice creams are available in multiple flavors, such as:

Other than coconut roster, the must-have products at Noona’s include:

This Austin-based brand was founded to make family and friends happy. However, now NadaMoo! has become one of the most popular vegan ice cream chains. Their milk-based coconut pints are available everywhere, including Wegman’s, Target, Whole Foods, and so on.

As of 2021, NadaMoo! also offers sugar-free ice creams in classic flavors, such as strawberry, vanilla bean, chocolate, and mint chip. The must-have flavors at NadaMoo! Include:

Craig’s is a Las Angeles-based ice cream franchise that utilizes cashew milk for its roster. Their products contain healthy and natural ingredients, such as organic vegan chocolate and crushed real strawberries.

The most delicious vegan options at Craig’s include:

Last but not least, we have Coconut Bliss. As the name suggests, Coconut Bliss uses sweet, creaming, and rich coconut milk to make delicious vegan-friendly ice cream. The products offered by this brand are completely organic and free from added preservatives, GMOs, gluten, eggs, and dairy.

Besides ice creams, it also offers soft serves, bars, cakes, and sandwiches in multiple flavors. The most popular products offered by Coconut bliss include:

How To Order Vegan Ice Cream At A Restaurant

Instead of dairy, these products are made from plant-based milk, such as coconut milk, soy milk, oat milk, and more. Even though these kinds of milk are not animal-based, they are still delicious and creamy.

Here are some of the most helpful strategies that you can apply to get a vegan ice cream at a restaurant.

Most of the time, a server at a restaurant knows the ingredients of a specific product. So, you can ask for your server’s opinion to distinguish between vegan and non-vegan ice cream flavors.

If your selected restaurant does have vegan ice cream, but some ingredients are not suitable for vegans, you can request a modification. For instance, most ice cream flavors contain caramel and chocolate.

If these ingredients are not plant-based, you should avoid them to enjoy your ice cream.

Sadly, there are not many vegan options at Carvel. In fact, Carvel does not offer any ice cream flavor suitable for vegans.

At Carvel, you can only enjoy Italian ice or sorbets because they are completely dairy-free. However, try to avoid Italian swirl ice because it is not suitable for vegans.