What Are The Vegan Options At Hungry Howie’s Pizza? (Updated Guide) 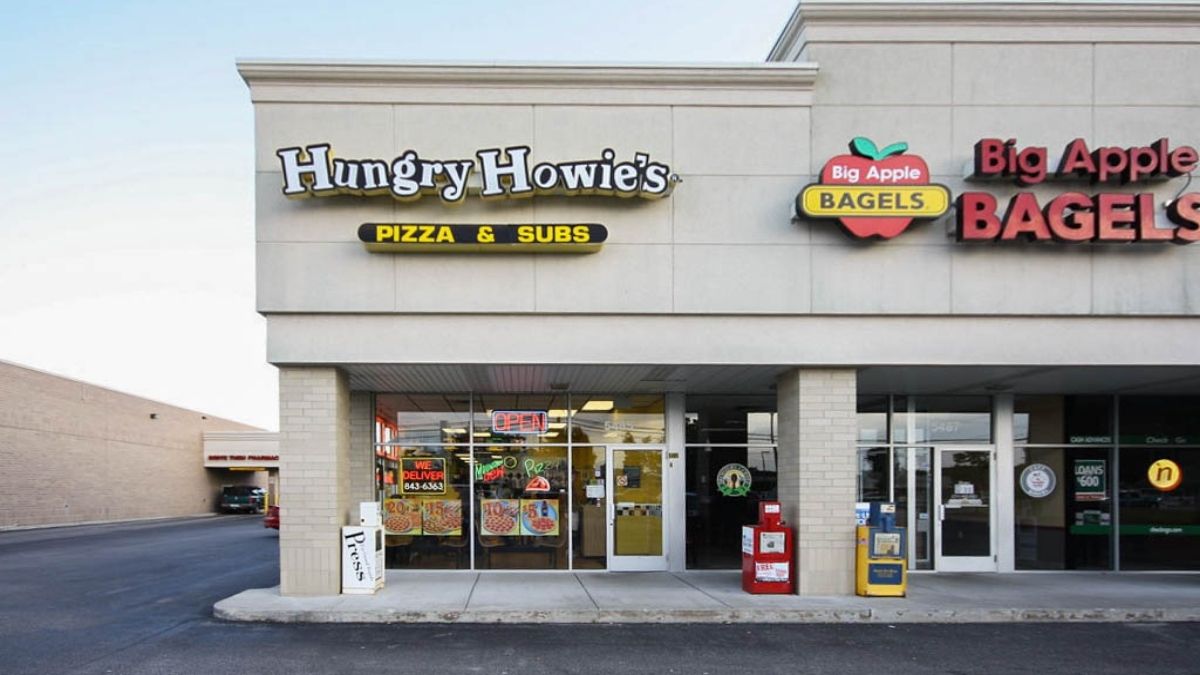 Hungry Howie’s Pizza is the eleventh largest pizza chain in the United States and has 550 outlets nationwide. The food chain is headquartered in Madison Heights, Michigan. It was founded in 1973 by Jim Hearn in Taylor, Michigan.

This article will discuss the vegan options Hungry Howie’s Pizza offers in detail.

Before going further, let’s discuss whether Hungry Howie’s Pizza is vegan-friendly or not.

No! Hungry Howie’s Pizza is not a vegan-specific restaurant, but it offers several vegan items:

Build Your Own Vegan-Friendly Pizza

The garden salad is a vegan dish, but you need to ensure that it does not contain croutons. Croutons have dairy products. Once the crouton is removed, you will be left with these:

The creamy Italian dressing is dairy-free, and its key ingredient is soybean oil.

Unfortunately, the restaurant does not have vegan cheese. However, you can order a vegan pizza without the cheese from the eatery. If you are craving cheese, then you add your favorite vegan cheese.

The bread at Happy Howie’s Pizza is not vegan-friendly as it comes topped with parmesan cheese and is buttered.

Can You Get A Vegan Sub At Hungry Howie’s Pizza?

The subs produced by this pizza chain are calzones. However, a vegetarian calzone is available at Hungry Howie’s Pizza, which comes with cheese. Since the cheese and the crust is not vegan at this restaurant, you cannot order a vegan sub.

The Best Place To Eat Vegan Pizza in NYC

This is the first vegan pizzeria in New York City and serves authentic New York-style pizzas. Some flavors offered by this pizza place are:

The fancy kale comes topped with:

This food chain is the first vegan café in Long Island. Unfortunately, 3 Brothers are also the only vegan café in town. This pizza place sells wood-fired pizzas that have gained popularity in the local region, as vegans love them. You can also order the traditional Grandma pizza that comes with:

You can also order barbeque pulled jackfruit pizza that contains:

This is a vegan-friendly pizza place, and it was founded in 1960. This restaurant serves New York-styled pies and pizzas. Vinnie’s pizzeria offers exciting pizza flavors such as Danielle’s treat that come with:

This pizza chain has been selling vegan-friendly pizzas since 2019. You can also order vegan pies at this Pizza, such as:

This vegan café offers many vegan-friendly pizza flavors, such as whole-wheat pizza. This pizza comes with:

At this café, you can also order a vegan salad, which comes with:

New York City is famous for its pizza, and this pizza place offers a vegan twist on its classic pizza with basil, tomato sauce, and be-hive pepperoni.

Founded in 1987 by a pair of Indie filmmakers, this pizza place offers an interior inspired by folk art and a delicious vegan pizza. Earth Mother, the veggie pizza at Two Boots, comes with:

Paul Gee’s has a wide variety of vegan options, such as:

This restaurant brings the rich flavor of the West Coast to Manhattan. Pizza beach produces a wide array of California-styled pizzas, which can be turned into vegan pizzas but replace the cheese with daiya cheese.

For those that love avocado, the Tulum pizza is the best option; it comes with:

The Best Place To Eat Vegan Pizza In LA

At this pizza place in Los Angeles, you can order eight types of vegan pizzas such as:

Other vegan options at the restaurant are:

All the dressings at Purgatory Pizza are also vegan-friendly.

While this restaurant is not 100 % vegan, it has vegan items on the menu:

The wood-fired frozen pizza now exists. Atwater Village uses local ingredients and a leavened dough to make a delicious pizza. This pizza place also has a vegan pizza that comes loaded with vegetables.

You can order a slice or a whole pizza from Whole Foods, and they also sell a vegan-friendly pizza. This pizza chain also offers four varieties of frozen vegan pizza; each comes with vegan meat and cheese.

This pizza chain makes Neapolitan Pizza that comes with a thin crust. While Pizza is not 100 % vegan, they do offer two vegan pizza varieties:

This is a vegan Italian restaurant that sells more than ten vegan pizzas. Some vegan flavors are:

At this restaurant you can also order these:

This pizza place offers vegan pizza, but they turn up the spice. Customers get to choose their spice level (zero to blazing). The restaurant’s interior has black walls, loud music, and soaring temperatures; this is the go-to place for all vegans in town. Gluten-free items are also available at the restaurant.

This is another pizza place that offers several vegan pizza options. The thing that stands about Blaze is that you need to pay a fixed amount for topping, so no matter how many toppings you use, the price will be the same. Some vegan toppings at the restaurant are:

The dough at this pizza chain is also gluten-free.

This article thoroughly discussed the vegan options at Hungry Howie’s Pizza, and we then discussed several vegan pizza places in New York City and Los Angeles.

It is essential to give the vegan dieters as much information as possible.