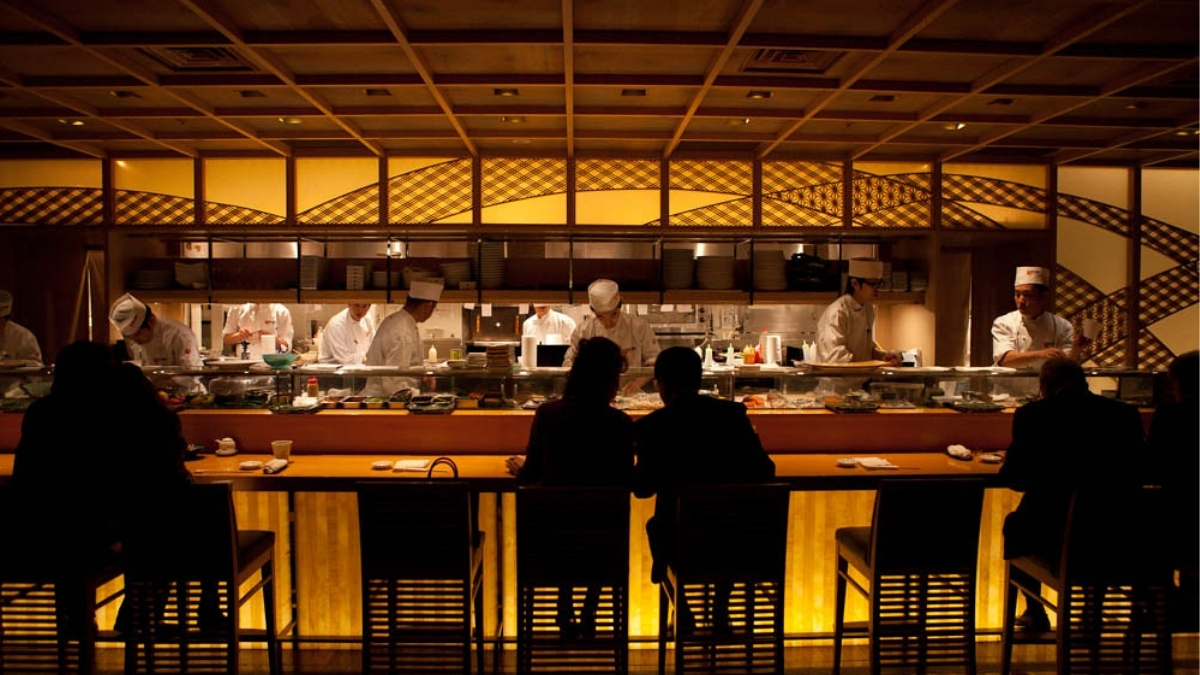 Nobu is a restaurant founded in 1994. It is a branch of restaurants opened by Matsuhisa, Robert De Niro, Drew Nieporent, and Meir Teper.

Nobu is a famous restaurant with around 47 restaurants in the USA, London, and worldwide. Their signature dish is Black Cod With Miso. But you might be wondering about the vegan options at Nobu, right?

Fret not; the celebrity Japanese Chef, Nobuyuki Matsuhisa, hasn’t left you hanging. While the Nobu menu remains filled with many fish dishes, there are some vegan options too.

You can enjoy dishes like spicy edamame, truffle rice, eggplant miso, shishito peppers, and more. In each course, you will find a couple of vegan options at Nobu.

As you read ahead, you will know the various vegan options at Nobu. Moreover, you will also know what it costs to dine at this fine dining restaurant.

Nobu is a fine dining restaurant started by celebrity chef Nobuyuki Matsuhisa and others. Established in 1994, this restaurant has grown in popularity in the USA and worldwide. This chain of restaurants began its operations in New York.

Matsuhisa, the chef, wanted to offer a fusion type of cuisine mixing Japanese ingredients and dishes with the American taste palate. He also draws inspiration from Peruvian cuisine.

Nobu is a popular restaurant if you want to go star sighting. So long as you can afford the hefty price of the food, you get to see Hollywood celebs at any branch of the Michelin star restaurant.

Nobu restaurant food is renowned for its presentation, quality, and exquisite taste.

What To Eat At Nobu?

The veganism and vegetarianism wave has gripped the world over time.

Nobu is a restaurant predominantly known for its many seafood and sushi dishes. However, with the spread of veganism, several vegan options at Nobu have emerged. As a vegan, you can now enter any Nobu restaurant confidently and enjoy a tasty meal.

Nobu has several meat-free options to offer a delicious plant-based diet. While the options might seem limited, you can still enjoy a filling meal as a vegan in Nobu.

Check out these top 11 vegan options at Nobu!

Nobu’s Quinoa Truffle Risotto is a rich, delicious, and warm dish. You replace the cheese-filled risotto with quinoa to ensure you get your share of protein. Moreover, this dish is made entirely vegan by substituting the risotto with quinoa.

This vegan alternative to risotto gets made with quinoa that gets cooked with dashi and yellow anticucho sauce. Yuzu sauce and salad leaves are used for garnishing. You will get a tangy, heartwarming, and tasty dish with one of the top vegan options at Nobu.

You might find leek bitter and bland but not at Nobu. At Nobu, the roasted leek with miso sauce is anything but boring. It is a flavorful dish that makes you forget you are actually eating leek.

Nobu’s leek gets slow-roasted. It is soft, crunchy, and gets doused with miso sauce. The miso sauce is made using white or red grain miso, soy sauce, grapeseed oil, rice vinegar, and sugar syrup. It packs a smack full of flavor and tastes undoubtedly delicious.

You might have heard of the famous Nobu salmon taco. Well, here’s the vegan equivalent of it. The Shimeji mushroom taco is made with natural plant-based ingredients. Moreover, it is packed with a protein source, shimeji mushroom.

The shimeji mushroom filling in the crispy taco offers a crunch and smack of flavor. This vegan dish is sure to become your favorite of the vegan options at Nobu in the appetizers section.

The cauliflower creamy, spicy tempura is partially vegan due to the cream used. You can ask the restaurant not to put cream in your dish.

The cauliflower creamy tempura is a spicy and deep-fried dish that is a delight for the taste buds.

Suppose you love sushi. You needn’t worry, as Nobu has a vegetarian option too. You can order the veg sushi platter that comes with tasty makis and other sushi rolls. The popular ingredients used in this platter are asparagus, American corn, tofu, and salad greens.

It is a satisfying and filling vegan platter that even non-vegans can enjoy. Dipping sushi rolls in various vegan sauces will provide you a delicious sushi platter that is flavorful.

Nobu’s Caesar salad is made of lettuce, potato mochi, and caramelized pecan nuts mixed in truffle oil. Made without cream, this Caesar salad has chili powder sprinkled too. It is a sweet, savory, and yummy vegan dish.

Did you know, green chilis have cancer-fighting properties? Well, as vegans, you will find it delightful that Nobu serves a green chili platter as a starter.

This delicious, tender, and slightly sweet appetizer is not at all immensely spicy. You can pop an entire shishito pepper in your mouth and have a burst of flavor and a finger-licking delicacy.

This is one of the vegan options at Nobu favored for its tiny size, bright color, and taste. Moreover, it is not as hot as you would think; it has a flavor similar to jalapenos and is quite enjoyable.

If you want a vegan version of the black cod miso, Nobu’s signature dish, you might consider ordering the eggplant miso.

It is made with Japanese eggplant. Then, it is marinated in a miso sauce with plenty of sesame seeds to give you more crunch.

The Nobu vegetarian truffle rice is an indulgent and delicious dish. It contains mushrooms, edamame, carrot, truffle, rice, and shiitake mushroom. Usually, it has parmesan too. However, you can request your chef to skip the parmesan.

Made with traditional sticky rice, this dish is rich and flavorful. It is one of the vegan options at Nobu for the main course.

As the name suggests, spicy edamame gets made with edamame doused in a salty garlic paste. It is a delicious and soul-satisfying snack at Nobu that will keep you coming back for more.

How can your meal remain complete without a dessert? Vegan options at Nobu are not devoid of a perfect dessert.

You can order the coconut pudding that gets dipped in dark chocolate. The pudding is rolled in toasted coconut. Moreover, this dessert has plentiful berries. An antioxidant-rich dessert, isn’t it?

What Does It Cost To Eat At Nobu?

Now that you know the vegan options at Nobu, you might be wondering what it costs to eat at this Michelin star restaurant.

As a restaurant whose owner is the celebrity chef Nobuyuki Matsuhisa, they have various dishes inspired by Japanese and Peruvian heritage. This fine-dining restaurant has tasty, beautifully presented food items. Moreover, their vegan dishes are drool-worthy too.

An average meal at the Nobu would probably cost you $50-$60 per person. That is quite expensive. Moreover, there are 7-course meal options at almost $700 per person. Stunning revelation, isn’t it?

You might want to plan out your budget before stepping into this first-class restaurant to enjoy a meal.

While eating at Nobu restaurant might prove expensive, there is no reason to miss the various vegan options at Nobu. You can recreate the fantastic and delicious dishes at home. You might be wondering how.

Well, Nobuyuki Matsuhisa has written a Nobu’s Vegan cookbook that you can order from Amazon. Released in 2012, this one of the first cookbooks written by Nobu highlighting the vegetarian and vegan items you can recreate.

The vegan cookbook gives you a ton of information regarding Japanese cuisine and holds 60 vegan recipes you can enjoy.

Nobu highlights the processes like marinating, steaming, roasting, boiling, and frying to bring out various vegetables’ flavors. Moreover, you will also learn different techniques to use soybean, tofu, and yuba to make delicious dishes.

What’s more, you have vegan options at Nobu in sweets and cocktails highlighted in this cookbook too.

Nobu is a world-famous restaurant started by celebrity chef Nobuyuki Matsuhisa, Robert De Niro, and others. It is a Michelin-star restaurant offering fine dining options. While famous for its black cod miso and other non-veg items, they have a fair share of vegan options at Nobu.

So, you needn’t miss out on the Nobu experience even though you follow veganism. Merely examine your budget and consult your chef to avoid ingredients that don’t match your vegan lifestyle. You can enjoy a first-class meal at this classy joint. 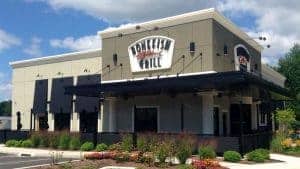 Bonefish Grill is not an ideal place for vegans, but they have some fantastic and tasty options for their vegan customers. They are very accommodating towards vegans and vegetarians. 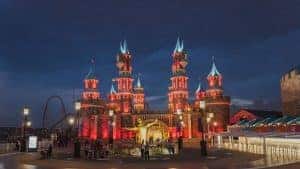 If you are worried about finding vegan dishes at Disney World, relax! Surprisingly, most of the Disney World food spots offer a vegan menu. 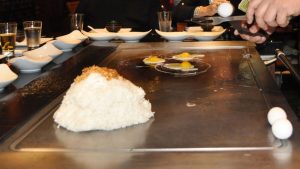 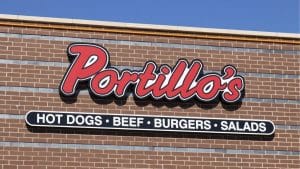 While going through Portillo’s menu, you’ll come across their ‘Famous Five Meals.’ Out of the five meals, only one meal is vegan, and it’s a vegan cheeseburger. 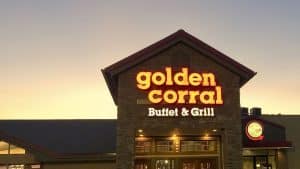 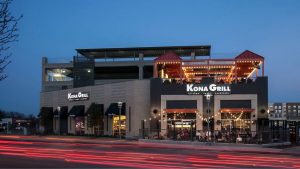 There are quite a few vegan options at Kona Grill that can satisfy your taste buds. From vegan sushi to vegan salads, you can find excellent vegan food here.