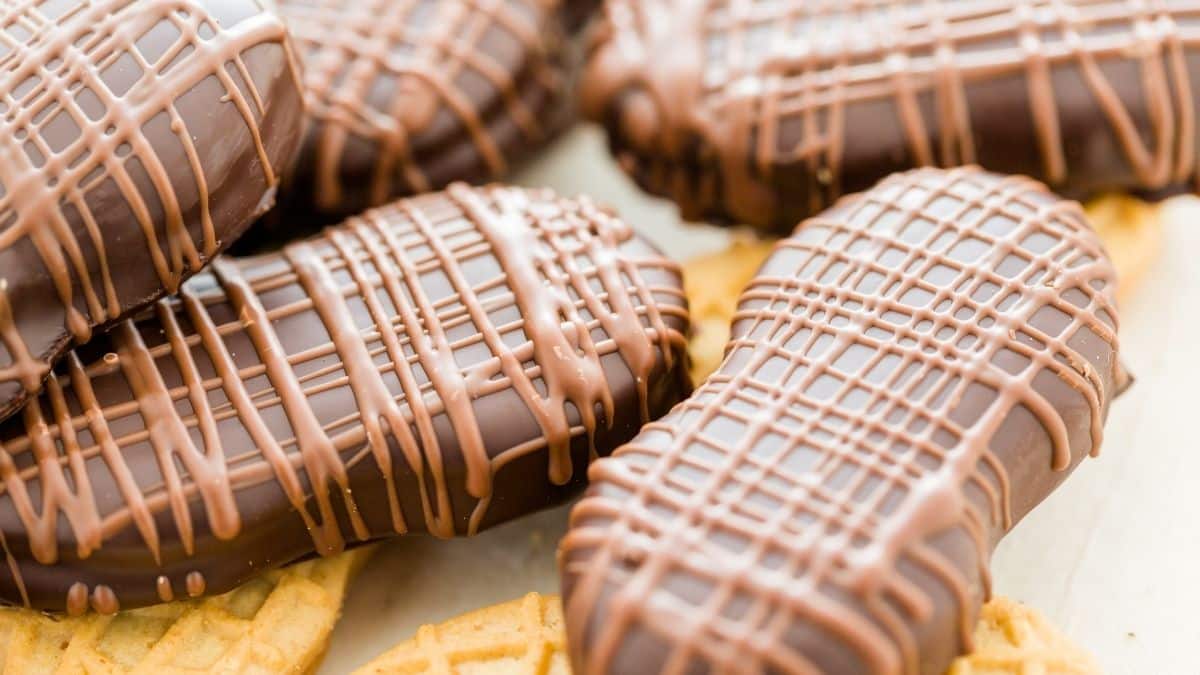 Answer: It depends. Almost all Nutter Butter products can be considered vegan. Most of them, however, contain ingredients that are not without scrutiny.

Nutter Butters are one of the most popular cookies in the United States of America. And it is easy to understand why. They are delicious and fulfilling.

While being vegan is a great choice, getting used to the changes can be difficult. It might take you time to get used to, and, in that time, it is understandable to look for answers to whether your favorite snack is vegan or not. For Nutter Butters, this question has mixed responses.

Join me in this article as I try to find answers. Are Nutter Butters organic? Read on to see my vegan-friendly analysis of these famous cookies and their several varieties.

Nutter Butters are delicious but are they healthy? Well, not quite. Not only are they full of sugar, but they also contain hydrogenated-oil fat, sodium, and empty carbs. There are harmful side-effects of these ingredients.

The excess of sugar can lead to a rise in blood sugar levels. The sodium makes you feel empty and hungry even after you munch down on a box of Nutter Butters. It can lead to overeating.

So, as you can see, they are not the healthiest choice if you are looking for health over taste (because let’s admit it, they taste amazing), these are not a good option.

What Are Controversial Vegan Ingredients In Nutter Butters?

Whether a particular snack is vegan or not can be determined by examining its ingredients. Nutter Butter has a few elements that have been controversial in the vegan world. In this next segment, I will explore the reasons why people consider them to be controversial.

It has a considerable impetus to the looming extinction of many species of animals. These farms harm the land itself, the other natural resources around it, and local, mostly tribal, communities. They also release greenhouse gases that accelerate climate change.

Palm oil and palm fat consumption may not directly harm animals, but there is no denying they do so indirectly. It damages the environment at large. The next time you see these ingredients on a Nutter Butter pack, think twice.

In the initial stages of its production, sugar is derived from plants and is no doubt vegan. Although that has its environmental impact, it is in its processing stage that it raises questions. Particularly for the use of bone char.

The refining stage of sugar processing uses the bone char to get a black, porous, and charcoal-like ingredient. Cattle bones burn at high temperatures. It also removes inorganic components from the raw sugar.

This process is also what makes sugar white. However, companies have now started using alternatives. Even then, it is hard to get information on whether a particular company uses these alternatives or not.

It is rarely explicitly mentioned. Nutter Butter, too, has never made any facts clear about this matter. Most of the time, if not mentioned, sugar is considered vegan.

Artificial colors in food products are tested on animals before they will be in human food. Sometimes, multiple times, because they are associated with several health risks, they are regularly subjected to such testing.

Innocent animals, such as mice and rabbits, are the usual testing subjects. These tests put them in extremely stressful and even painful situations. It is all done so that the product might get a more attractive look.

Some colors, like Carmine, are also derived from insects. However, there has been no statement from Nutter Butter regarding the use of it in their production.

Natural flavors can be both animal and plant-based. However, such specifics will very rarely be visible to you. There is “Natural Flavour” written, which can contain animal-based flavoring for all you know.

Sometimes, some ingredients are deceptively written off as natural flavors when they are, in fact, animal-based. It is usually hard to detect such components.

Traditional Nutter Butters has been a timeless classic. However, are there concerns about it? Let’s take a look.

As you can see, these include sugar, palm oil, and artificial flavor. You can consider Traditional Nutter Butters a vegan product if you do not mind the controversial ingredients.

Nutter Butter Bites are a variant of the above Traditional Nutter Butters. They are smaller in size than traditional cookies. Please take a look at the ingredients to determine whether they are vegan.

Nutter Butter Bites have been certified by PETA as vegan. They have the same ingredients as Traditional Nutter Butters. Nevertheless, as you can see, it contains the controversial ingredients of sugar, palm oil, and artificial flavoring.

Fudge Covered Nutter Butters are peanut butter sandwich cookies but covered in chocolate. They certainly look scrumptious but are they vegan? The answer might surprise you.

Besides the controversial ingredients that it shares with the other Nutter Butter varieties, it is the fudge recipe that marks these cookies as non-vegan. The fudge contains non-fat milk, which is, of course, an animal product that has been processed to remove the fat. Therefore, it is not at all vegan.

If you love wafers, this might be your favorite variant yet. They have the trademark peanut butter filling but in the form of wafers. Check out the ingredients and the verdict to see if this snack is vegan.

Among the ingredients, palm oil and sugar are among the controversial elements that I have discussed above. Nutter Butter Crème Patties are widely considered vegan. However, if you thought the ingredients I mentioned as non-vegan, you might have to reconsider this status.

Nutter Butters also come in the cereal form. Nevertheless, the question of if they are vegan or not is still as relevant. Here is what I found about them.

As you can see, this product too contains some of the controversial ingredients I had listed earlier. Even Red 40, Yellow 5, Blue 1, Yellow 6 are not certifiably vegan. Other than that, Nutter Butter Cereal is usually considered vegan.

Almost all Nutter Butter products can be considered vegan. Most of them, however, contain ingredients that are not without scrutiny. I have listed them as well as the causes of controversy to help you make a choice.

Only the Fudge Covered Nutter Butters are certifiably not vegan because of the formula of the fudge. On the other hand, Nutter Butter Bites have been certified by PETA to be vegan. If you are not too bothered about ingredients like sugar, palm oil, artificial colors, and added flavors not being completely vegan, you can go ahead and dig into these delights.