Is Chalk Vegan? Can Vegans Use Chalk? 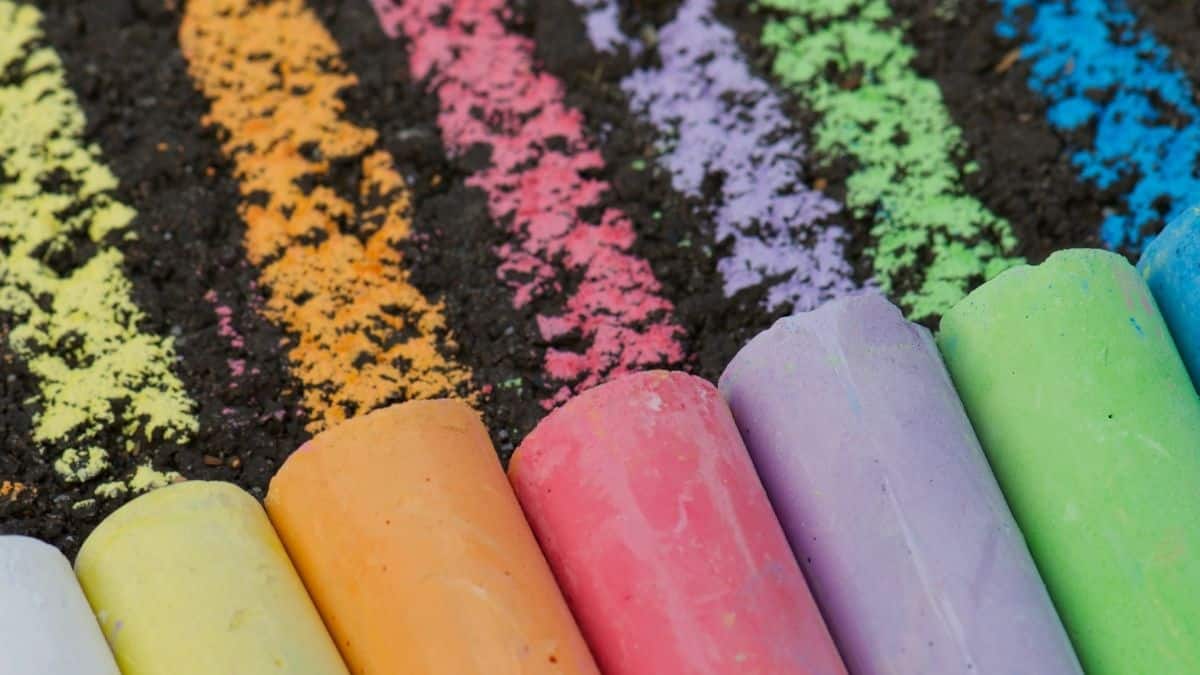 This question may seem out of the ordinary, but it isn’t when you delve right into its answer. For the entire vegan community, this question is of significant meaning as the process behind chalk production can be animal-friendly or cruel to animals.

To answer the question in a nutshell, chalk can be conditionally vegan. Chalk is usually made from natural minerals, so it’s vegan in a sense. The chalk produced from the deposition of the already dead marine animals is vegan, too, as it is animal-friendly. Still, chalk made from other animal products can’t be considered vegan.

The history of the usage of chalk goes back to prehistoric times with the discovery of cave drawings. Later, artists started using chalks for sketches or drawings, and their work is preserved to this day.

Chalks started getting used in classrooms by the nineteenth century. At that time, the classroom size started to increase, and teachers wanted something convenient to use as well as convey all the information to the students.

That’s when chalks became standard for everyday use and were easy to remove through sponges or cloths. And that’s why you still see your teachers using chalk today while they write your lesson down on the blackboard.

Read on to learn about different methods of chalk production, how vegan they are, and the movement associated with vegan chalk, so you are informed to the best of your knowledge!

What Exactly Is Chalk?

Chalk is a soft sedimentary rock that is essentially made of a compound of calcium called calcium carbonate. Calcium carbonate is found in many different types of foods as well as just daily everyday usage items. The word might seem like something scientists use in experiments, but it will surprise you how common this compound is.

What Is Calcium Carbonate?

Calcium carbonate is the main component of chalk. It’s a compound that is a mixture of calcium, carbon, and oxygen, and the formula goes by CaCO3. It is usually found in limestones made from the continuous deposition from the shells of dead marine animals.

These marine animals include planktons, sponges, starfish family, and oyster family. Besides limestones, it is also found in pearls as well as eggshells of many animals.

In short, if calcium carbonate is formed from geographical rocks, it is vegan. If it is produced from biological sources (like eggshells or other animal products), it’s not vegan. Most of the chalks are made of calcium carbonate found in limestones, which means they are vegan.

So is chalk vegan? Indirect answer: Yes. Veganism is not just abstaining from using animal products. It’s cutting off the usage of products made from animals, commonly subjected to injustices and cruelty. Since chalk is naturally produced in the process of deposition of dead marine animals, it’s cruelty-free and can be considered vegan.

How Is Chalk Manufactured?

Chalk was first made into a stick-like shape resembling a pencil for the convenience of artists. It was first ground into a fine powder, and then dry colors were added within the powder.

Water and clay are added as a binder to the mixture, and as a result, the powder turns into putty. It is then rolled into cylinders and left to dry. The chalk made back then was soft and produced clouds of dust which caused respiratory problems.

Today most of the chalk is dustless. Dustless chalk can still produce dust, but the dust settles down at a much faster rate. The manufacturers accomplished this by drying the chalk for a longer time.

The production of chalk typically includes these steps:

How Is Chalk Helping The Vegan Revolution?

After discussing the process of chalk making or what chalk is, let’s talk about how chalk can help in the vegan revolution. Veganism is not just about plant-based diets.

It’s about the preservation of animals and tackling the cruelty towards them in many different industries. Awareness about any injustice is always the first step towards any solution to the problem.

James DeAlto was the first person who came with the idea of using chalk to spread the peaceful message related to veganism. He did so by writing down these messages on sidewalks while he was walking his dogs.

Surprisingly, he got enormous positive feedback from his neighbors (non-vegan) and the people from social media under his shared pictures. It wasn’t long when his act of spreading awareness caught on to other people, and his friends started doing the same. James then came up with an idea and called this movement Vegan Chalk Challenge (VCC). This greatly encouraged other people to spread the word uniquely and peacefully.

In September 2015, nearly 1000 people supported and joined the first international chalking movement, and by January 2016, 1600 people were participating in this event.

By October, a new name was coined for this movement: “Vegan Chalk Bomb (worldwide),” in which 3000 people participated, uploading their messages all over social media. The people started calling themselves “Chalktivists,” and by November, the new event was named “Vegan Thanksgiving.”

Why Is The Chalking Movement Effective?

Everyone can talk, but not everyone can influence. Influence from people can only come if they are already famous for something that few people can do.

You don’t need to be famous as an artist to catch people’s attention, especially if the art is about a sensitive subject. So, you don’t have to be famous to spread a word or message in this movement, and if you are anxious about public interactions, this movement is made for you.

Chalk is pretty cheap and is easily accessible and available. The beauty of colorful messages easily catches many people’s eyes, and posting them on social media accomplishes the purpose of this movement. You don’t need to be creative to write a wonderful message.

Just think about your favorite quote, big or small, and go with that, or you can draw something or a catchy line or any rhymes you can think of. You can write on footpaths, stairs, walls, or anywhere with lots of people or pedestrians. Always sign the message with #VeganChalkChallenge so others can find more about this movement.

Seeing these bright colors with heart-touching messages can bring the best out of people. Children often love colorful drawings, and they always want to join in, and with the help of their parents, they get educated about the movement and engage in it. Passersby are also found smiling as these bright colors bring the sparkle in their eyes in many videos shared.

For any significant movements, especially those involving spreading awareness, there is a need for a fair amount of time and preparation to round the followers at a single place and use banners, posters, colors, or flags by the crowd.

In Chalking, you don’t need to do any of that. You can simply go alone or with a group of friends or family and have a fun time with them. You can also make this a part of your everyday schedule.

One of the other advantages of using chalk for this movement was how long the chalk lasts. So even after you are done posting, it will remain there for others to see, and people will keep getting awareness about being a vegan. Most of the posts related to this movement are made on Facebook or Instagram, but other social media are slowly catching on.

Can chalk be considered vegan? Chalks are usually made of calcium carbonate found in limestones, which will make chalk vegan. If it is produced from biological sources (like eggshells or other animal products), it’s not vegan. Natural chalk is made in the process of deposition of dead marine animals. It’s cruelty-free due to a natural process and can be considered vegan.

The Vegan Chalk Challenge (VCC) encourages people to use chalk to raise awareness about injustice and cruelty towards animals. Seeing these bright colors with heart-touching messages can bring out the best in people.