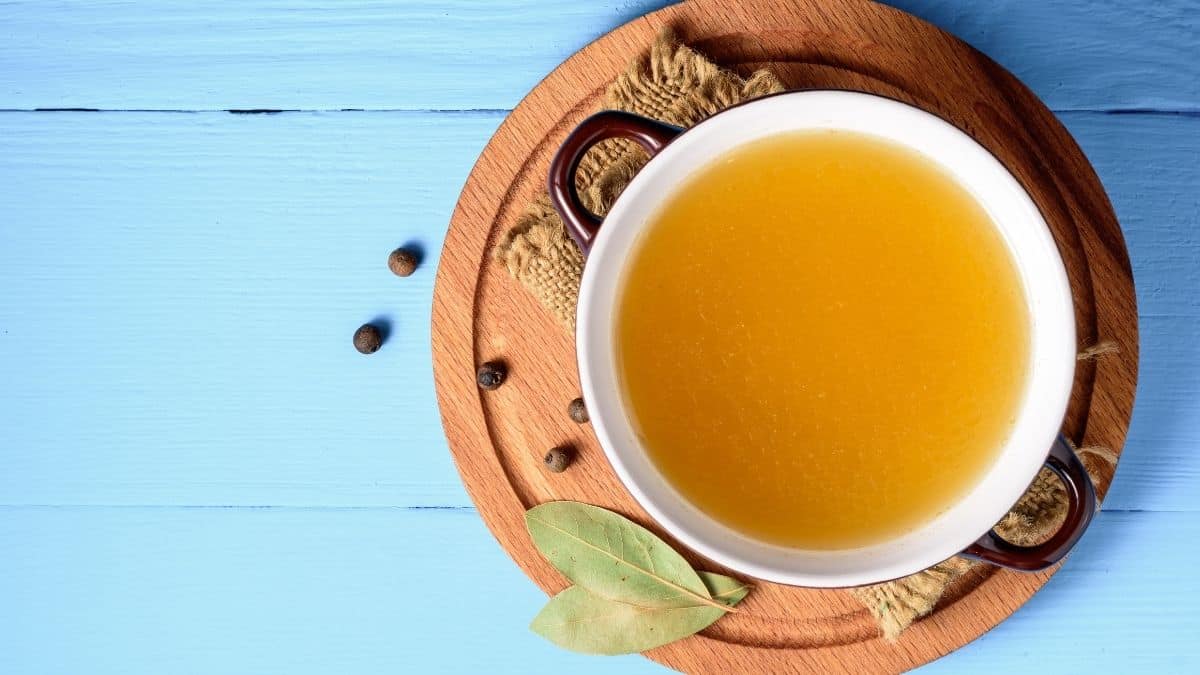 The broth is a staple ingredient in many homey food recipes like soups and rice dishes because it adds body and flavor. It’s safe to say that most dishes that call for broth remind us of cozy times at home, which is why it has become a pantry mainstay through the years.

It’s incredibly comforting both for the body and soul during the winter season as it warms our tummies and our hearts.

One of the most popular broth variants is the chicken broth, which is often made by simmering leftover bones and meat in water for a long time. Although chicken broth doesn’t have animal meat, it still contains fat and protein residues from an animal, making it an unsuitable broth choice for vegans.

Chicken Broth Cubes Are Not An Alternative

You may be wondering if those chicken broth cubes on the supermarket shelves could be a vegan alternative to the classic homemade version. Unfortunately, it’s not. Chicken broth cubes (sometimes called bouillon cubes or chicken bouillon) are packed with chicken fat and dehydrated chicken meat.

So although it is a convenient alternative, it’s sadly still not vegan-approved. If you’re feeling a little down to find out that both homemade and cubed chicken broths aren’t vegan, take heart. The good news is, there are tons of healthy vegan substitutes to the chicken broth that you can use that are just as tasty, if not more!

Vegetable Broths Made From Veggie Scraps

Believe me when I say that vegetable broths can produce that same savory taste that chicken broth is famous for. After cooking, don’t put those vegetable scraps in the compost bin just yet. Save those onion and garlic peels, tomato cores, mushroom stems, pumpkin seeds, and so on.

Once you have enough vegetable scraps to fill a small soup pot, it’s time to make your very own homemade vegetable broth already. All you have to do is boil them together in a cup of water and add some spices to give it a little more flavor. If you’ve got a herb garden, you can add some aromatic herbs like rosemary or thyme.

You can also add spices like paprika or cayenne pepper to make the flavor more interesting if you want to. To add more body, mix some vegan tomato puree or marinara sauce. And that’s it! A simple, easy vegan alternative to chicken broth.

If you’re looking for a convenient alternative, there are also cubed vegetable broths or “chicken-flavored” vegan broths available in supermarkets. Instead of using dehydrated chicken meat, vegetable broths often use a blend of vegetable seasonings, yeast extracts, and lycopene.

Just add it to your soup dish or in a boiling bowl of water for making a basic stock. Some brands you can get are Edward & Sons Not Chick’n Bouillon Cubes, McCormick Gourmet All-Vegetable Bouillon Chicken Style, and Knorr Vegetable Broth.

Miso paste is a good alternative for chicken broth if you like salty flavors. This culinary wonder originated in Japan and has a unique flavor: a mix of salty, savory, and a hint of sweetness. It’s made with fermented soybeans and is used in many traditional Japanese dishes, such as the world-famous miso soup.

The reason why miso paste is so beloved in Japan and other Asian countries is its ability to transform any dish from bland to flavorful. One spoonful of miso paste is enough to bring out the umami of a single course.

Luckily, although miso paste is native to a country from the other side of the world, you can quickly get one online or from a nearby local Asian specialty store. However, note that some miso paste types contain fish shavings, so make sure that you get one made without any animal by-products.

Another less famous but just as good alternative to miso paste is the Korean version called doenjang, made from fermented soybeans. Think of it as the more intense sister of miso. Whereas miso has a slightly sweeter and milder taste, doenjang is much saltier and has a deeper flavor profile. So a word of caution if you’re going to use doenjang: less is more.

Whether you’re going to use miso or doenjang as a chicken broth alternative, all you need to do is mix in a spoonful first to your dish and then continue adding more to taste.

You would also be delighted to know that aside from giving dishes more flavor, miso and doenjang are noted for their potential nutritional value to combat obesity and high blood pressure.

You may have already heard of the popular fizzy drink kombucha, which means “kombu tea.” But did you know that kombu can also be made into a tasty broth? This kelp is healthy and full of healthy glutamic acids and produces a very umami flavor. It’s straightforward to make a kombu broth, but you will need a lot of time to prepare it.

You’ll need to soak kombu in a sealed bottle or bowl for at least half a day or overnight, no less. Once done, you can transfer the liquid together with the kombu on a pan and simmer it. You mustn’t let the liquid boil, as doing this will make your kombu broth very bitter.

Instead, take out the kombu after simmering it in the liquid for a few minutes. Then, add in onion, garlic, or just a pinch of salt to make your broth. If you want to add more flavor, you can also add shiitake mushrooms. Like miso and doenjang, you can easily get kombu and shiitake at a nearby local Asian store.

Better Than Bouillon No Chicken Base

A vegetarian base that tastes like chicken? Yes, it exists. Meet Better Than Bouillon No Chicken Base, a chicken-flavored base that doesn’t use chicken. Even though this base can fool someone in a blind taste test into thinking that it’s made with chicken, it uses vegetables including carrot, celery, and onion to make it this tasty. Who knew that this combination of vegetables could create a “chicken-flavored” base?

Aside from using it to make broth, you can also use it for other cooking purposes like vegan gravy recipes, soups, and or even just as a seasoning or dip to any dish of your liking.

Turmeric is probably best known as the spice used in curry dishes, but many don’t know that it can also make a delectable broth for soups. All you need is ground turmeric, onion, ginger, and garlic. Saute everything into a pan until fragrant, then add about a cup or two of water and salt and pepper to taste.

You can make a hearty soup with this broth by adding vegetables, mushrooms, and maybe some pasta. It’s tummy-filling and very nutritious. Turmeric is packed with antioxidants and is known for its anti-inflammatory properties, so you’re getting a healthy vegan treat.

Corn is a staple snack in many households. It’s enjoyed in a cup, on a stick, and sometimes with a serving of other dishes. If you’re a fan of this mighty crop, the next time you prep one for dinner, don’t throw away the cobs yet, as they can make a good stock, too.

Just boil the cobs for a few hours, and you’re going to get a yellow-colored broth full of that right, tasty corn flavor. You can add it to your soups or other dishes as well that you’d like to infuse with some corn taste. It’s a creative idea that makes the most use out of corn cobs.

Being vegan requires taking extra steps in being more mindful and creative when creating a meal plan. But look at it as a fun journey where you can go beyond the usual choices and explore different alternatives from various cuisines worldwide. It’s like traveling through your tastebuds.

With this, you’ll be able to level up cooking skills and knowledge of ingredients. Some broth alternatives also allow you to make the most use out of kitchen scraps that would otherwise end up in the trash can.

Using traditional chicken broth is convenient, but so are the many vegan substitutes for it. You need to step out of your culinary comfort zone and discover more. All in all, don’t limit yourself! 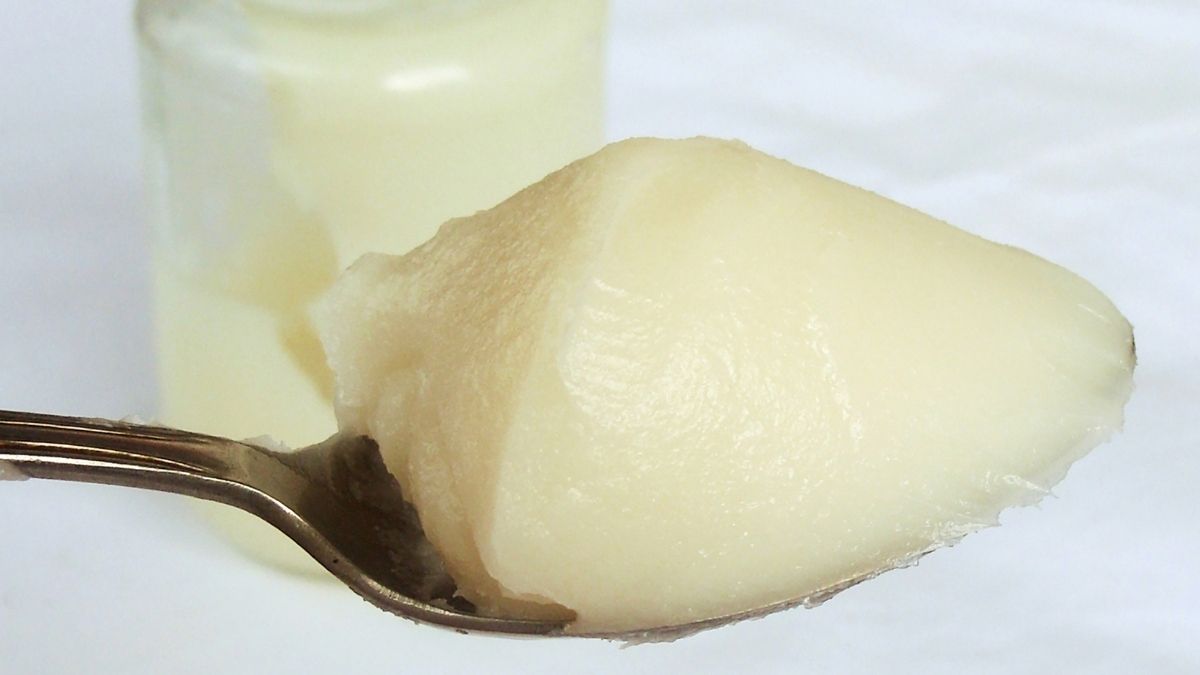