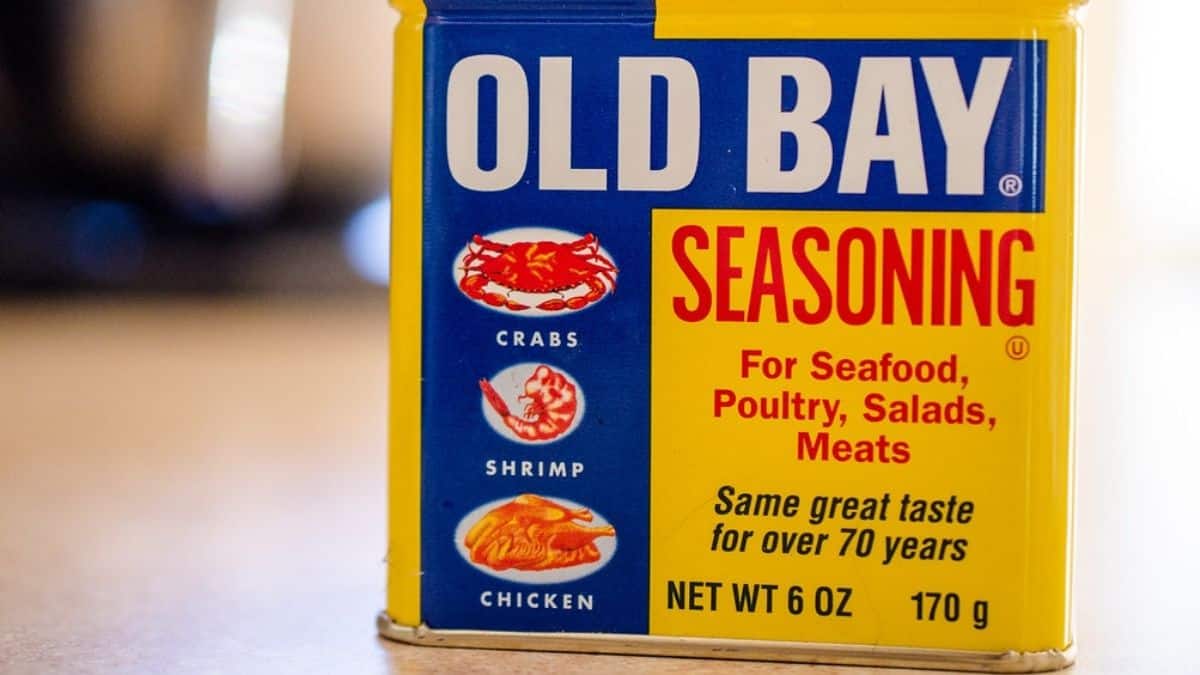 Answer: Yes. Old Bay seasoning can be used in vegan dishes despite being common in meat dishes.

Old Bay seasoning has come a long way since its creation in the 1940s. This spice is used in many American households and has even become the go-to spice to achieve that oh-so savory taste in our favorite dishes. Old Bay seasoning may have been used in meat dishes for many years, but it has excellent versatility and can be used in vegetable dishes too. Many consider Old Bay seasoning an iconic flavor in many Southern American dishes, and it has even been incorporated into drinks.

The creator of this seasoning, Gustav Brunn, was an immigrant and settled in the US after fleeing Germany shortly after Kristallnacht. Brunn created the first version of the seasoning, and in 1990 McCormick & Co obtained the rights to the product. The seasoning remains relatively unchanged and gives you consistency in flavor every time you use it.

Are You Sure It’s Vegan?

This blend of herbs and spices contains no listed animal-derived products. The ingredients listed in the mix are salt, celery seed, spices such as red pepper and black pepper, and paprika. These are all well-known ingredients and are usually a staple in most households.

However, other spices such as cinnamon, ginger, and coriander are also included. Some places include animal-derived products, mainly from crustaceans, into the blend to improve the flavor. To ensure your seasoning is vegan, the best advice would be to check the seasoning label when buying. None of us wants to experience the dread of discovering something wasn’t vegan after we’ve truly enjoyed a meal.

If you still don’t feel comfortable using the seasoning in your vegan dishes, it is entirely possible to buy the ingredients and create your own version. Most of the elements are widely available, and I have made many seasonings using the same base ingredients.

An allergy to nuts could be triggered.

Nuts are not directly included, but coconuts are processed in the same facility, and trace amounts may be found in the seasoning mix. Anyone with a nut allergy knows all too well that even a tiny amount can lead to some unwanted reactions, so rather be safe than sorry. Fortunately, garlic and onion are not included, allowing anyone with an allium allergy to use the seasoning freely.

The best advice for any allergic reaction signs is to stop using the product and consult a doctor.

The controversy of listed ingredients is widespread and common practice, but it is still worth mentioning. The ingredient list of Old Bay seasoning does not include cinnamon, ginger, and coriander. The official McCormick & Co website states that these are part of the ingredients after multiple customer queries.

Companies try to keep their recipes a secret, and this could mean some ingredients may be rather unhealthy and may not fall into the category of being vegan. Some customers have reacted to MSG, a flavor enhancer. This is a point of concern.

The controversy about listed ingredients is difficult to discuss, partly since some ingredients are present in such small amounts that they aren’t considered part of the end product.

Old Bay seasoning contains a wide variety of ingredients that may have beneficial properties. The salt content may be a possible point of concern, especially for those who struggle with high blood pressure. This concern is easy to overcome by merely limiting the amount of seasoning used in dishes.

McCormick & Co does not specialize in vegan seasoning, but they have a wide variety of herbs, spices, and seasonings available to use in vegan dishes.

Veganism has shown an increase in popularity, and many companies are starting to create more products that cater to their vegan customers. Many of the spices and herbs don’t contain animal-derived ingredients and typically have something to prevent the herbs and spices from forming a solid block.

Creating your own spice mixes is also easy, and with so many spices and herbs to choose from, you can build a mini spice empire in your kitchen.

The seasoning has remained relatively unchanged over its lifetime, and the only change was made to the packaging. A plastic package was developed for the seasoning, but there has been a backlash on the new packaging, and customers have urged McCormick & Co to either change the packaging or revert to the original metal containers.

The plastic container’s main problem is the lid that keeps on falling off or popping open.

Any changes to the recipe have also been refused purely based on the seasoning’s popularity, and any changes could alter the flavor that we all expect when using Old Bay seasoning.

Old Bay seasoning is widely available in the US, and it is found in many great American dishes, but this may not be the case for those living abroad.

Online orders are an excellent option for those who aren’t in the US and want to buy Old Bay seasoning, but the prices will probably be higher, and the shipping may take longer depending on where you are. When you order online, check that the product is indeed produced in the USA and that the ingredients match American products.

Old Bay seasoning has been giving your dishes the saltiness and savoriness that we sometimes crave since the 1940s and still do today. The ingredients in this seasoning are vegan for the most part, but there remains the slight possibility that there are unhealthy ingredients and allergens.

For those still skeptical, try and recreate this great seasoning with spices and herbs you already have at home.

Whether bought or homemade, this seasoning is a perfect addition to the spice cabinet, and its versatility is comparable to very few other spice mixes. So next time you need to add an extra layer of flavor to your vegan dish, try some Old Bay seasoning and enjoy the savory bliss.