What Are The Vegan Options At El Torito? (Updated Guide) 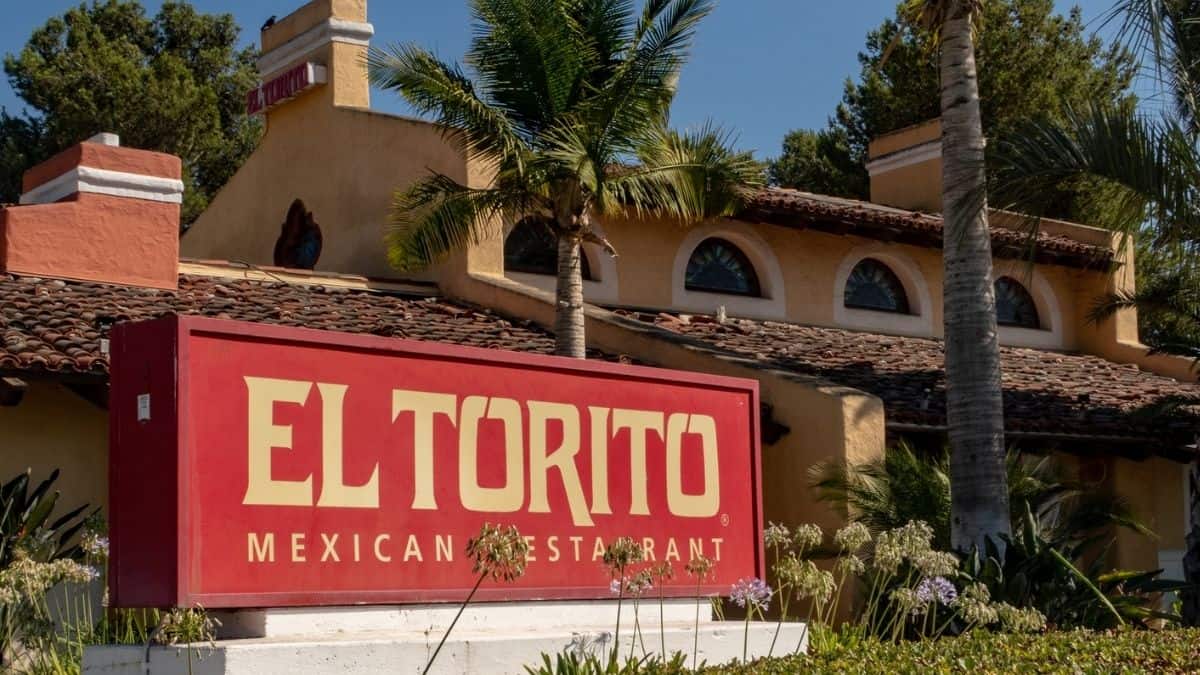 El Torito is one of the top Mexican food chains in California. It pioneers casual Mexican dining in America. Owing to their popularity, they have also made their way to Oregon, Arizona, and overseas.

Mexican food is a delicacy and has become extremely popular in the past couple of years. At the same time, a lot of Mexican food involves the use of meat. As a vegan, you might wonder about the vegan options at El Torito.

The vegan options at El Torito are relatively limited. A lot of dishes have specific components which do not adhere to the norms of veganism. Apart from a few dishes, most need to be ordered with particular caveats to make them 100% vegan-friendly.

A lot of dishes turn 100% vegan with just the removal of one or two specific items. While it may take away a tad bit of the taste, the overall dish remains intact. A lot of these non-vegan items are accompaniments to the main dish.

This article will help you navigate your perfect vegan meal while dining at El Torito.

The 100% vegan dish club has very few members at El Torito. Apart from an appetizer and a wide array of beverages, no dish at El Torito is entirely vegan.

Guacamole is a dip or spread with the main ingredient being avocados. Its consistency is usually thick. It is typically eaten with chips or is used as a topping for tacos. It is was first developed in Mexico and has become a part of modern and traditional Mexican cuisine.

Guacamole usually contains avocados, lime, cilantro leaves, tomatoes, and chilies. These are all mixed in a bowl until the desired consistency is achieved. Some guacamole recipes also include milk to make it less thick.

The guacamole at El Torito’s is 100% vegan. Its ingredients are:

All the ingredients in El Torito’s Fresh Tableside Guacamole are plant-based. While some restaurants might add milk to their recipes, El Torito does not. This makes their guacamole completely vegan as it does not source any ingredient from an animal.

All the beverages served at El Torito are vegan-friendly. You have a wide variety to choose from. Their menu includes their cocktails as well as various beers and wines.

Here are a few of their vegan cocktails and their ingredients:

All of these cocktails are entirely safe for vegans. They usually contain alcohol, citrus juices, and agave nectar. Agave nectar is obtained from the blue agave plant. None of these ingredients are sourced from animals.

Wines such as Pinot Noir, Chardonnay, and Rose are also vegan. Beer and soft drinks are 100% vegan-friendly too.

Dishes To Be Aware Of

Not all dishes at El Torito are vegan. While some are exceptions like guacamole, most dishes have certain elements that violate veganism norms. Some of these are meats like chicken and dairy products like cheese.

These types of dishes are very easily avoidable. The catch lies in dishes where you can’t directly tell if they are vegan. Some use animal-derived products in their preparation.

Here are a few dishes to be aware of:

The Veggie Fajita is a wonderful dish offered by El Torito. It does away with the typical meat-heavy fajita and replaces it with a wide variety of healthy vegetables.

Here are the ingredients of the Veggie Fajitas:

On the surface, all of these ingredients seem plant-derived and vegan-friendly. The problem is the Chile Relleno. Traditionally, Chile Relleno is prepared by stuffing a green chile pepper with minced meat and coating it with eggs. It is then fried.

At El Torito, the Veggie Fajita comes with a Chile Relleno. In this case, it’s stuffed with cheese instead as it’s a vegetarian dish.

Cheese is an animal-sourced dairy product. Veganism is the idea of not consuming any foods sourced from an animal.

An enchilada is a stuffing along with a savory sauce that is wrapped in a corn tortilla. The filling varies and can be beans, cheese, meats, potatoes, or different combinations of the same. The sauces are usually chili-based or cheese-based.

The enchilada is one of the most famous dishes in Mexican cuisine. Almost every Mexican restaurant serves some form of enchilada. El Torito is no different and has the Spinach Enchiladas on their menus.

Here are the ingredients of the Spinach Enchiladas:

At El Torito, the enchiladas are also topped with cheese and served with a side of rice and beans. The cheese immediately makes it unsuitable for your vegan diet. But the more significant issue is the rice.

The beans are entirely vegan, but the rice is not. The rice is fried using chicken fat.

How To Customize Your Dish To Make It Vegan

The dishes mentioned above, while being vegetarian, are not completely vegan. Both have some element or side component, which makes them unsuitable for your vegan diet. The trick to making these fall within the boundaries of your diet is the changes in your order.

The Veggie Fajita comes with Chile Relleno. The Chile Relleno is a pepper stuffed with cheese. This cannot be consumed by vegans as cheese is an animal-sourced product.

The way to work around this is by requesting the restaurant to prepare your Veggie Fajita without the Chile Relleno. The dish does lose one of its components, but the rest of your meal is entirely vegan-friendly and can be enjoyed with no worries.

The Spinach Enchiladas are topped with cheese and come with a side of rice and beans. While the beans are entirely vegan, the cheese and rice are not. The rice is fried in chicken fat, and cheese is a dairy product sourced from animals.

These two accompaniments to the dish make it unsuitable for vegans.

You should request the restaurant to prepare your dish without these two items. They don’t take away too much from the overall experience of the dish. You can still enjoy your enchiladas and not worry about violating your vegan lifestyle.

Vegan Alternatives At Other Restaurants

Certain restaurants in the USA have vegan options for customers or have easily modifiable dishes. These small changes in preparation make them safe for your vegan diet.

Here are a few alternatives that classify as vegan or can be modified.

Chipotle’s Sofrita has tofu that has been braised with spices and peppers in a bowl, wrapped in taco or burrito, or as a salad.

You have an option to choose pinto beans, black beans, white rice, or brown rice. Chipotle also offers a wide variety of vegan toppings like salsa and guacamole.

The Beyond taco options at Del Taco offer multiple vegan choices. The Beyond Avocado Taco is entirely vegan and does not need any modification.

Taco Cabana offers burritos, bowls, and tacos that can be modified. You can choose rice, beans, or the Beyond Meat vegan crumbles to make your favorite dish. Remember to select the corn tortilla instead of the flour ones, and request no cheese or salad ranch dressing.

The salsa bar too has various options that are animal-free and safe for vegans. These include guacamole, tomatoes, and shredded lettuce.

El Torito is not the best place to choose if you’re strictly following a vegan diet and lifestyle. Apart from the guacamole and beverages, all the dishes need to be modified to be made vegan.

Accidentally consuming an animal-based product in one of the dishes at El Torito is a risk you have to take. But should you be particular about your food requirements during ordering, this risk is significantly reduced.

If you choose to modify your dishes to make them vegan-free, you won’t miss out on much except a few accompaniments and side offerings.