What Are The Vegan Options At Golden Corral? (Updated Guide) 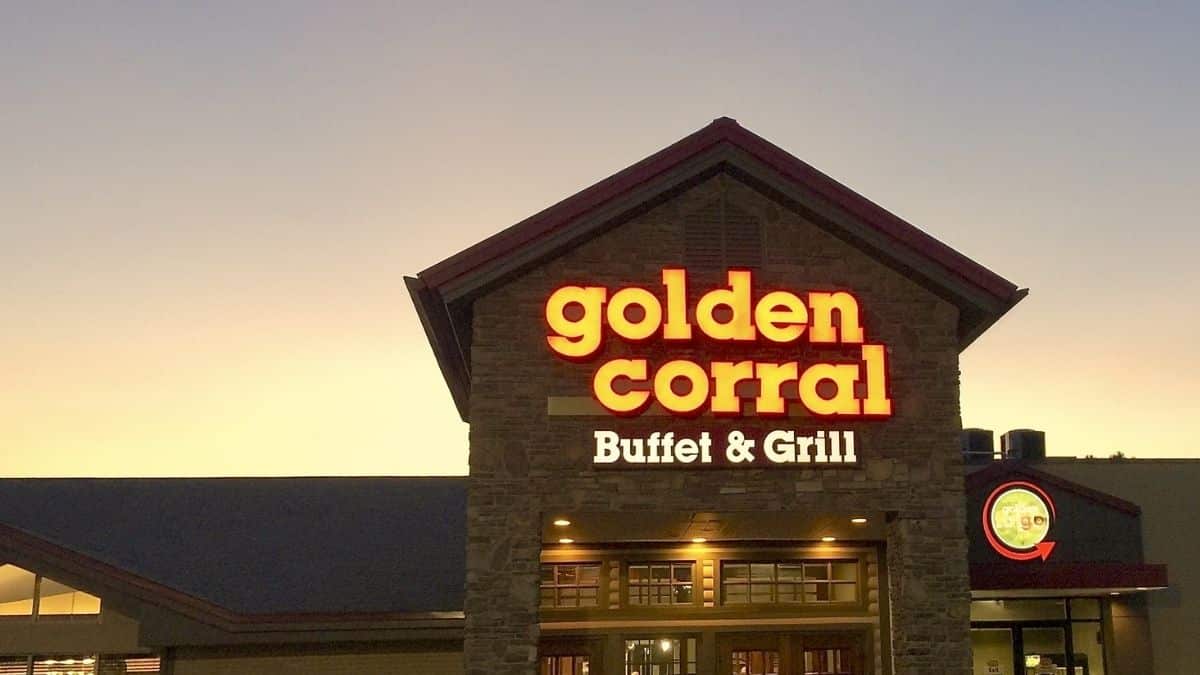 Golden Corral is a renowned American food chain with a delicious breakfast, lunch, and dinner menu. They adopt the all-you-can-eat buffet style. Undeniably these kinds of food chains have irresistible delicacies. However, they are pretty rigid when it comes to accommodating vegan meals.

You should know that Golden Corral does not have a dedicated vegan menu. However, you can spot plenty of vegan-friendly options. Although, vegan dishes vary from day to day and from location to location. Let’s say that they’re not the best place to satisfy your vegan cravings.

You can find salads, raw fruits and veggies, beans, flour tortilla, and rice in their list of vegan dishes. We took the time to research eating vegan at Golden Corral. After hours of going through their website and menu, we have a comprehensive list of vegan items.

Let’s check it out!

What Vegans Should Avoid At Golden Corral

In this section, we’ll discuss Golden Corral cooking patterns. They use different types of recipes. You’ll notice that veggies or beans appear as “kettle-cooked,” “southern style,” or “seasoned.”

These dishes are egg-free and dairy-free, so they’re probably vegan-friendly as well. It is always better to check with the server before consuming any meal. Moreover, such restaurant chains readily accommodate slight changes.

You can request the server to avoid certain items in the dish to make it vegan.

This section breaks down different vegan categories at Golden Corral. However, note that these dishes might not be available all the time at all Golden Corral outlets. From breakfast to desserts, these are the Golden Corral vegan options:

Do you fancy grabbing breakfast at Golden Corral? You’ll be content to know that your vegan breakfast will be much yummier with Golden Corral. When you hit the restaurant during the early hours of the day, try these vegan dishes:

You’ll agree that there is nothing as healthy as salads. Besides, salads are one of the most vegan-friendly and flexible options. So all vegans, there’s some good news for you. Since Golden Corral has an array of veggies and fruits, building your salad is easy.

You can also choose these salads from the Golden Corral menu:

We are sure that you miss having your favorite condiments with your serving of appetizers. Golden Corral vegan options also consist of dressings and sauces. You can add these sauces to your bread, appetizers, salads, and everything you like.

You might be a tad bit disappointed with the limited Golden Corral vegan appetizer options as a vegan. Also, these vegan appetizers aren’t particularly creative meals formulated with vegan eaters in mind.

These are some of the vegan appetizers you can order:

Most of us don’t feel completely satisfied in a non-vegan restaurant. Their dishes might make you doubt the ingredients. The best thing to do is consume raw vegetables, nuts, fruits, and legumes in such situations.

You have plenty of raw vegetables and fruits available at Golden Corral’s buffet. The list of items was long. Here are some of them:

Dining out will be incomplete without indulging in melting desserts. Vegans often assume that desserts are out of their limits because of the ingredients. Most icecreams and cake use milk and eggs.

Here are all the vegan desserts that are available on Golden Corral’s menu:

Throughout their years of operation, Golden Corral found themselves under several allegations. In 2003, the outbreak of Salmonella was connected to one of the Golden Corral outlets in Kennesaw, Georgia.

In 2012, the Casper, Wyoming Golden Corral restaurant was under scrutiny for the outbreak of Norovirus. The last case at Golden Corral was in 2013.

There was a YouTube video alleging that the Port Orange, Florida Golden Corral restaurant was unhygienic. The video went ahead to claim that Golden Corral stores their raw and prepared meals next to a dumpster.

What if we told you that there are buffet spots that vegans can enjoy without any limitations. Though Golden Corral vegan options aren’t that impressive, we found some that are dedicated vegan-friendly places.

Are you craving a Chinese buffet? As dubious as it sounds, you can now enjoy an endless vegan Chinese buffet at SuTao cafe! You can grab lunch and dinner at this vegan-friendly cafe.

It has various hot and cold dishes like soups and desserts. We highly recommend you taste their homemade sushi. They have great-tasting veggie meats. Your omnivorous friend will equally enjoy these fantastic faux meats.

They also offer sugar-free and gluten-free options. Who knew vegan junk food could be so mouth-watering!

Radha Govinda’s Buffet is like a rage amongst vegan lifestyle followers. They follow a rotating menu theme. You’ll be content to know that their buffet menu is 1005 vegan. Yes, you heard it right!

Vegan diners rave about their homemade dressings, desserts, and vegan bread and butter.

They have the creamiest of curries and the freshest of foods. You can choose from a wide array of vegan meals.

You’ll enjoy their freshly prepared salads and sandwiches. All in all, Radha Govinda’s Buffet won’t disappoint the vegan eaters.

Eating vegan at all-you-can-eat buffets can be challenging. However, if you go through the menu thoroughly, you can spot a few items. We believe that Golden Corral vegan options are not adequate for vegans.

Moreover, you might not be able to find all these listed items every day. At Golden Corral, you can take different ingredients and build up a wholesome meal. As far as main course items are concerned, there are not many.

It is a good idea to check with the restaurant before placing the order. You can also try out vegan buffets on our list of recommended alternatives. We hope that soon, we get to see more Golden Corral vegan options. Happy dining!