What Are The Vegan Options At Hokulia Shave Ice? (Updated Guide) 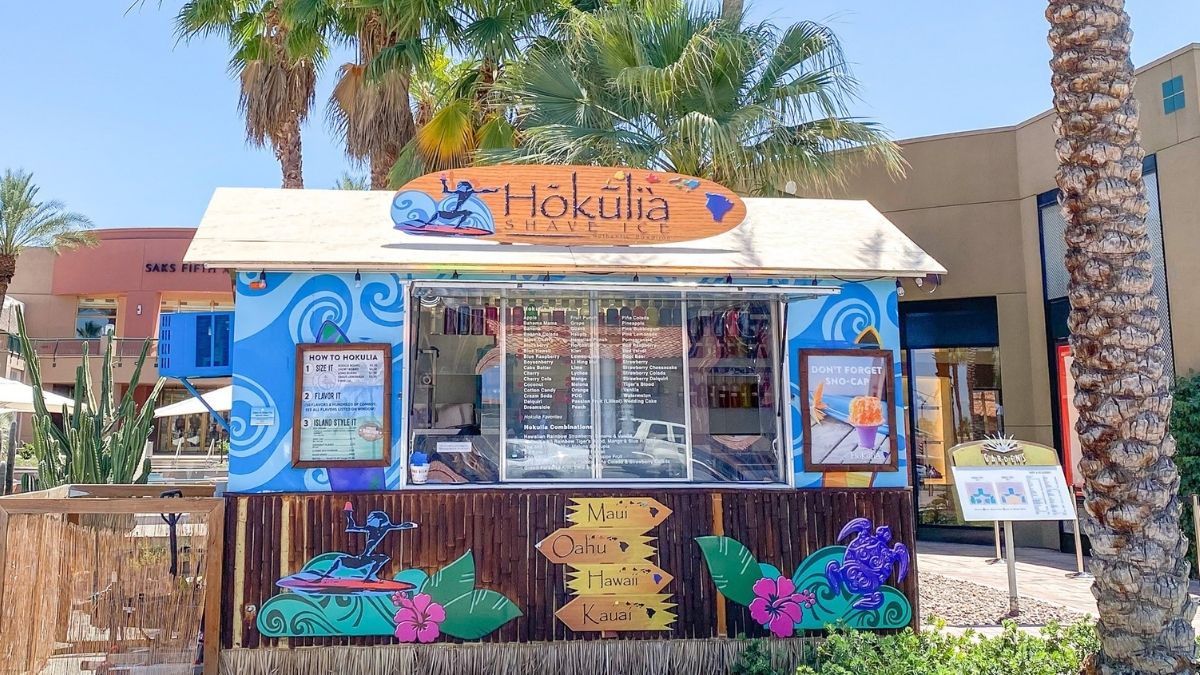 Are you craving shave ice? Or are you a shave ice person? Hokulia Shave Ice got you!

When is the better day to enjoy shave ice without having to worry about dairy? We say don’t fret. It’s generally vegan-friendly except that others would put condensed milk as a sweetener. Let’s check with Hokulia Shave Ice if they offer it vegan.

Shave ice has been a staple dessert to food culture, especially in Hawaii where it was first made popular. It’s an incredible ice-based sweet course that’s perfect for sunny days wherever you are. Hokulia Shave Ice is winning on this one, and we’re living for it.

While the simplest form of shave ice is served vegan, its versions have evolved and commercialized with dairy products such as milk. Of course, we know that there are so many plant-based replacements for this, and that’s what we are going to find out at Hokulia Shave Ice.

It was only in 2008 when Clint and Stefani Severson started Hokulia Shave Ice in Provo, Utah, bringing the Hawaiian island vibe to the locals. Less than a decade later, they have grown to more than 80 locations across the U.S. from stunning seasonal shacks to in-line stores through franchising.

What Is Shave Ice?

Shave Ice is an ice-based sweet course made by literally shaving the ice and flavor it with syrup and other sweeteners such as ice cream, condensed milk, or azuki beans. In Hawaii, shave ice is popular for its syrup flavors such as coconut cream, guava, passionfruit, banana, pineapple, lychee, kiwifruit, mango, and salty dried Chinese plums, also called li hing mui.

The history of shave Ice is traced back to a Japanese ice-based dessert called Kakigōri during the Heian period. It was when ice blocks were shaved during the cold months and saved for the summer season, served with sweeteners such as flavored syrup for the wealthy.

Japanese immigrants in Hawaii first sold shaved ice where it became popular throughout the island, and later in the U.S. The locals in Hawaii call it “shave ice” although it’s grammatically correct to say “shaved ice.” In fact, it’s also known as Hawaiian Shave Ice or sometimes ice shave in Hawaii.

Hawaiian locals prefer to have thin, shaved ice as it absorbs more syrup than the crushed or ground ice, which can be gritty in texture. It’s usually served in a cup, bowl, or paper cone. Other than the flavors mentioned above, shave ice is also flavored with syrups like vanilla, lemon-lime, bubble gum, green tea, strawberry, grape, cherry, watermelon, coke, fruit punch, melon, ginger, pickled mango, and root beer.

These syrups are often with vibrant colors, which makes shave ice more tempting. Pure water is frozen in containers for days and shaved to make it snow-like and powdery.

While shaved ice itself is 100% vegan-friendly, its flavored syrups can be the culprit. Hokulia Shave Ice has a wide plethora of flavors to choose from. Fifty flavors to be exact that are imported all the way from Hawaii with add-ons such as Sno Cap, Ice Cream, Coconut Flakes, Li Hing Mui Powder, and Sour Spray.

Their sizes range from the Small Board to Longboard to Big Kahuna, which is small, medium, and large. They also have lots of premium ice cream and Hawaiian smoothies with flavors available at select locations.

But the good news is they have smoothies that are ideal for vegetarians. Their pumpkin smoothie is specially made for those who are non-meat consumers. However, you may have to ask how they prepare it as it may contain dairy products such as milk, which is not for vegans like you.

Their smoothies, overall, are made from real fruit, which is good news for vegans. However, you may need to ask them how they’re made to ensure that they don’t contain non-vegan sweeteners and dairy products. Hokulia Ice Shave also offers smoothie supplements such as Antioxidant, Energy, Protein Blend, Relaxing, Vitamin C, and Whey Protein in addition to their Hawaiian Smoothies.

Lastly, their premium ice cream with 30 flavors, from Classic to Hawaiian, were to die for. You can only find them at Hokulia Shave Ice. For vegans, their flavors may contain dairy products as sweeteners, which is something that you will have to verify from them the moment you set foot in one of their locations in the U.S.

You might be thinking of making your own vegan shaved ice or at least crushed ice as a replacement to the ones at Hokulia Shave Ice. Of course, you will need plant-based syrups for that too, and if you need help, we have scoured the list of vegan options that you can get from supermarkets.

Maple Syrup, for instance, is vegan-friendly although other brands may contain honey. But for your convenience, check out this list of vegan maple syrup brands with different flavors.

How Healthy Is Shaved Ice?

Hokua Shave Ice offers different flavors of their famous shave ice except that they are not vegan-friendly. And if you’re keeping count of your calories consumed each day, it’s worth checking out how much you get from shave ice.

Experts said that shave ice gives between 70 and 90 calories per serving. However, the calory count depends on the toppings and ingredients used in shaved ice, which often includes dairy products such as butter and milk. For instance, a serving of frozen yogurt or ice cream gives you over 100 calories, which is higher than shave ice itself.

Shave ice can also be healthier when they are made from natural fruit juices or purees flavored with plant-based syrups and topped with vegan ice creams. However, to keep you guarded against too many calories, let’s see what flavored shave ice gives you, especially with sweeteners like syrup.

An ounce of syrup used in shave ice has 35 calories, 9 g of sugar, and about 9.5 g of carbs. The daily recommended calory intake for men should be around 2,000 for women and 2,500 for men. This means that the calories you get from shave ice depend on how generous the syrup is used in your cup or bowl of sweet treats.

This is why health experts recommend using organic syrups or plant-based syrups on your shave ice. You can see them in our collected syrup brands above. Better yet, make your own shave ice so you can control all ingredients used in it.

Also, avoid artificial flavorings because these are among the culprits of high calories and sugar with very low nutrition. They can be conditionally vegan, but they can’t give you the expected health benefits. All these health tips will be useful to your bikini-bod ready for summer. Why not?

Hokulia Shave Ice may not be vegan-friendly when it comes to its shaved ice, Hawaiian smoothies, and premium ice cream. But it’s always safe to ask if they can have it modified for you. Avoid the additional sweeteners such as condensed milk as these are not plant-based and packed with high calories.

You might want to check with them if they have plant-based milk such as almond, coconut, rice, or cashew milk. The last-mentioned milk is highly recommended as gives a creamy, sweet flavor. It also tastes less nutty, and sweeter than almond milk.

Nonetheless, this should not stop vegans to get a taste of Aloha from Hokulia Shave Ice under the condition that they can modify their sweet treats for you. Otherwise, you can always create your own dessert that is guilt-free and vegan-friendly. Just check out plant-based ingredients from the supermarkets, and you should be fine.

And never forget that eating in moderation is still key to a healthy lifestyle.