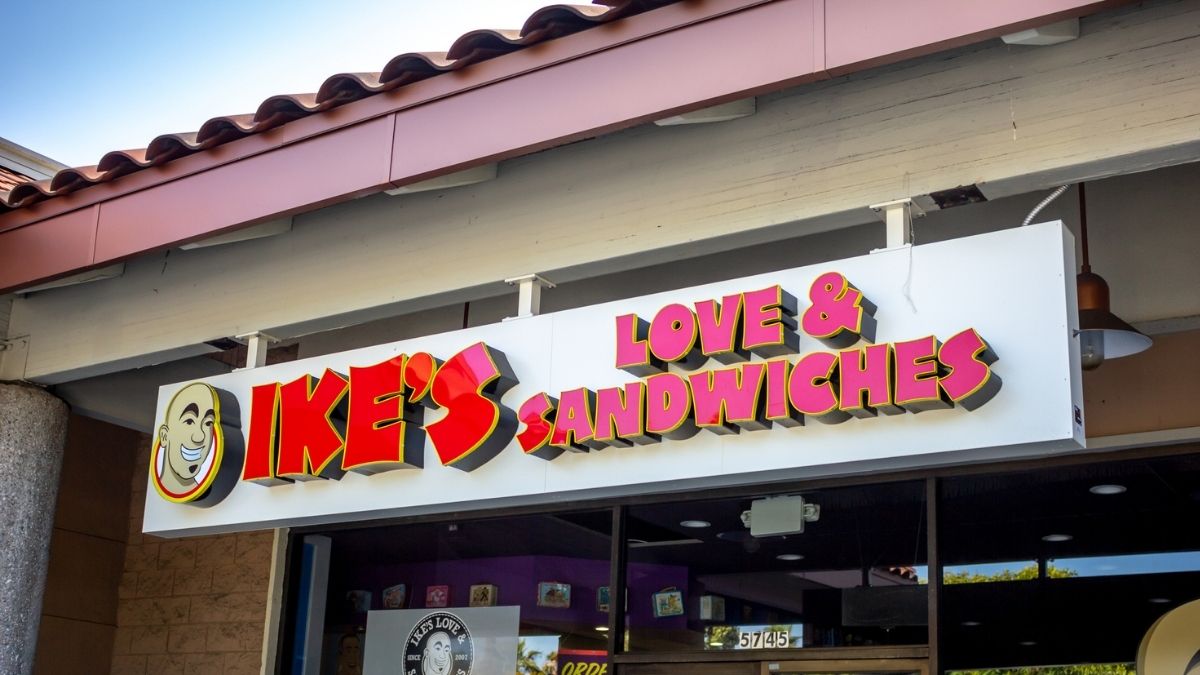 Ike’s is a hip restaurant in San Francisco that first opened its doors in 2007. It was founded to spread the joy of bringing people together over delicious cuisines.

Since its inception, the restaurant has garnered widespread acclaim for serving some of the world’s most delectable food options. Ike’s has more than fifty sites in California, Nevada, and Arizona.

In this article, we will explore at and discuss the vegan options at Ike’s. Let’s get started!

They came in as a modest sandwich store called “Ike’s Place” (established by Ike Shehadeh). Since then, they have been revolutionizing the sandwich segment for over a decade.

The restaurant serves innovative products, and memorable tastes have characterized the brand. They also specialize in a lot of vegan options for you to choose from.

Every location has its own sandwich menu, which is eclectically titled homage to local personalities and icons.

What Are The Vegan Options At Ike’s?

At Ike’s, the options range from vegan chicken to turkey and meatballs. In addition, there is a vegan sauce garlic aioli smeared on all sandwiches!

They serve a vegan cheese with a soy copy of shredded mozzarella if you wish to add some.

The majority of their non-vegan sandwiches are veganizable. Except maybe the whole wheat bread; all of the bread is vegan.

The list only includes a few of the sandwiches available, so be sure to inquire when you’re there.

Grab a snack that’s crunchy and tasty with the Go Sharks.

How to veganize it: Replace one of the vegan sauces for the honey mustard and request vegan cheese rather than the smoked gouda.

On a fresh-made Dutch crunch bun, this Ike’s snack is piled high. Most bread is vegan and hence safe to eat. Nevertheless, if you are new to veganism, you are welcome to inquire about the contents.

And there you have it: an entirely vegan-friendly, delicious stack!

Another great option for your vegan sandwich meal is the Handsome Owl.

How to veganize it: Replace the Swiss cheese with vegan cheese.

Their vegan chicken, produced from chickpeas and wheat gluten, takes the place of regular animal-based meat. This is typically a better option than conventional chicken items.

The James And The Giant Peach Sandwich

Keep the cruelty at bay with the James and the Giant Peach Sandwich.

How to veganize it: Replace the Swiss cheese with vegan cheese.

With this sandwich, let your food be grown, not born!

If you’re all about changing the world, one sandwich at a time, this is for you.

Made of: brie, vegan turkey

How to veganize it:  Replace the brie with vegan cheese.

Why should you try this vegan turkey sandwich? This is because pieces of vegan turkey have a nice texture and are well-seasoned.

Happiness is finding a vegan option for a turkey sandwich!

Nothing will bring you and your friends together better than this sandwich.

How to veganize it:  Replace the smoked gouda with vegan cheese.

Vegan meat allows individuals to experience their favorite flavors while avoiding some of the illness concerns.

Like Maya Angelou herself portrayed, do not be normal, but different for a good cause.

The Neal Cassidy has plant-based meats that are healthier than traditional meats. Why? This is because they contain less saturated fat and calories.

How to veganize it:  Replace the dirty mustard with one of their dirty vegan sauces. Then you can ask for vegan cheese instead of ghost cheese.

Follow your heart with all the taste of tasting this sandwich. Also, as mentioned before, change the cheese for a healthier and cruelty-free option.

Now you can respect the environment and eat your stomach full!

How to veganize it:  Replace the Swiss cheese with vegan cheese.

Turkey contains protein to help leave you full and vital amino acids. This allows your body to produce the proteins it requires. And of course, who doesn’t want to eat some yum, healthy turkey?

Let peace start on your plate with this yum sandwich!

The Pirates Of The Caribbean Sandwich

Here’s a sandwich for a great adventure in the vegan world.

How to veganize it:  Replace the Pepper Jack cheese with vegan cheese.

The flavor is one of the most significant advantages of picking this veggie-fed chicken sandwich. Why is this also a better option?

Normal chicken is got from broilers that spend their whole lives in filthy sheds where overcrowding and confinement cause disease epidemics.

This sandwich is an excellent alternative to meats, which is perfect for vegans.

How to veganize it:  Replace the provolone with vegan cheese and the pesto with one of their vegan sauces.

With this sandwich, you can receive all of the nutrition you need to be fit! This includes protein, fiber, and minerals, without consuming all of the bad things that come with meat.

Going utterly green on some occasions isn’t bad after all!

Even though the name itself has an animal in it, you can try one without anything related to them.

How to veganize it:  Replace the cheddar cheese with vegan cheese.

Don’t have any free time? This quick vegan fried chicken recipe is ideal for a quick supper on the run. It’s a great taste for adventure or your run to work.

Run the race to save the animals with this wildcat!

When it comes to defining all-American meals, it’s difficult not to think of a savior sandwich. This is precisely one for your vegan taste.

How to veganize it:  Replace the havarti cheese with vegan cheese.

Avocado and red onions have been added to the vegan version of their Pilgrim sandwich. It sounds like a bad combination, but the first taste into this sandwich could well be palate heaven!

This is your option to save the world.

Did you know 21% of younger customers (18 to 24 years old) said they would love to buy vegan snacks when hungry? Of course, a sandwich is not just the youth but everyone’s favorite.

With Ike’s selling great sandwiches with vegan options, here’s what you must look out for.

For those with allergies: Please be informed that in the food production facilities, they handle and prepare egg, wheat, milk, fish, shellfish, peanut, soy, and tree nut products, and other possible allergens.

Ike’s is one of the most well-known restaurant brands in the United States today. To make the restaurant more accessible, the firm offers a wide range of vegan alternatives. And guess what? They’re tasty too!

So, if you’re a vegan hunting for a fast dinner, you may stop by the restaurant. Test out the vegan options at Ike’s now! 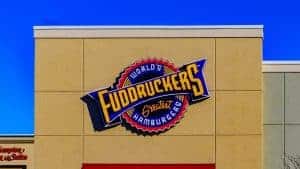 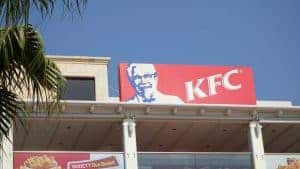 There are a few vegan options at KFC. These options range from homestyle sides to dipping sauces and condiments. The vegan options also include salads, desserts, and applesauce. 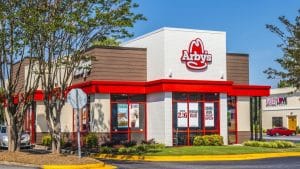 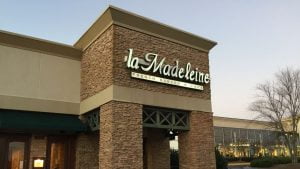 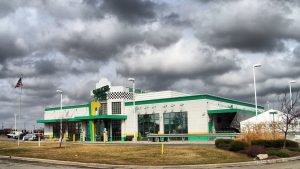 If you’re a vegan looking to have a fun meal, Quaker Steak and Lube is not the best option. The restaurant prides itself on steaks and other animal-derived foods. 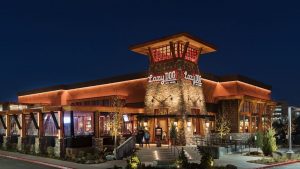 Lazy Dog offers a plethora of combinations and options that you can choose from. Additionally, they let you add and subtract ingredients to make your meal more vegan.