What makes pizza so delicious? A crispy flattened dough loaded with your choice of scrumptious toppings overflowing with various spices and flavors. Pizza may be eaten at any time of day, whether for breakfast, lunch, or supper. Do you enjoy pineapple on your pizza? Okay, great! But what exactly goes into making a delicious pizza? When it is prepared and served with love.

Mancino’s Pizza & Grinders is a pizzeria with a dough baker’s passion that makes the greatest pizza and grinders.  It’s difficult not to notice the difference when only the best cheeses, meats, and veggies are used. They make small quantities of artisan bread from scratch every morning to assure that they will serve the freshest dishes for their patrons.

The restaurant does not have a separate menu or area dedicated to vegan cuisine. They serve most of their pizza with animal meat and non-vegan cheese. However, there is still some gold to be mined for vegans at Mancino’s. The restaurant has vegan alternatives, and you may remove non-vegan components from your pizza to make it entirely vegan. The restaurant also serves salads, a vegetarian classic sub, and drinks that are suitable for vegans.

Continue reading to learn what and how to order at Mancino’s Pizza & Grinders for your vegan diet.

During WWI, the word “grinder” was used in the eastern United States. According to reports, Italian immigrants labored in the shipyards, placing and “grinding” rivets on the massive battleships. Their wives would bring them newly made super-sized Italian rolls stuffed with copious amounts of cheeses, meats, and veggies for lunch. When it came time for lunch, the supervisor bellowed, “Grinders!” As a result, the term “grinder” developed to refer to a delicious combination of meats, cheeses, and veggies presented on a one-of-a-kind freshly baked bread.

Samuel Sr., the founder of Mancino’s, launched his first store in St. Clair Shores, MI, in 1959, wanting to become his own boss and create a legacy for his family. Sam Sr. launched a Mancino’s on East Chicago Road in Sturgis, MI in 1978, after remodeling a petrol station. When Sam Sr. retired, his son Frank Sr. reopened Mancino’s in its current location. This Mancino’s is still family-owned, run, and self-sufficient. Sam Sr. proudly designed its original concept.

This Mancino’s maintains a unique tradition and is dedicated to preserving a piece of Mancino’s heritage. They aim to never compromise their credibility by providing incorrect grinder sizes and offer only the greatest quality food, amazing value, and big amounts. There are no gimmicks or tricks.

Despite its reputation as junk food, pizza may be a gateway to a better lifestyle, especially if it is vegan. In fact, when cooked with whole-food plant-based components, vegan pizzas are regarded as one of the most delicious and healthy meals available. Vegan pizzas are free of oily, cholesterol-laden, and processed toppings. Instead, they include unique sauce portions, nutritious veggies and herbs, and plant-based meats. When you stop thinking about all the animal cheeses and meats, your creativity in preparing your own vegan pizza will soar.

What Can Vegans Order At Mancino’s Pizza & Grinders

Are you curious about Mancino’s vegan options? This part of the article dives into every single vegan food available at Mancino’s. Please keep in mind that you may need to make a few changes or request alterations to make some of these meals vegan-friendly.

Let’s see what Mancino’s has in store for vegan foodies.

Build Your Own Vegan-Friendly Pizza

Even though there is no ready-made vegan pizza available at Mancino, you can still grab one by making your own vegan-friendly pizza.

One of their specialty series is this vegetarian salad made with mixing onions, mushrooms, black olives, green peppers, and mozzarella cheese altogether. To make this salad vegan, just ask the cheese to be removed.

The Vegetarian Salad nutritional information is presented in the chart below. However, because preparation differs per location, the chart may also vary. The best advice is to ask their personnel for help in validating the nutritional content of your meal.

The nutritional information for Greek Salad is shown in the chart below. This may vary depending on location.

Since there are really a few vegan selections at Mancino’s, let me present to you lists of restaurants that can offer you a variety of delicious vegan dishes.

The fancy kale is served with:

Pizza Pizza, a Canadian pizza business, has teamed up with Yves Veggie and Field Roast Dishes to create two new plant-based garnishes such as vegan pepperoni and vegan chorizo crumbles. Pizza Pizza’s vegan traditional and whole-grain pizza crusts, as well as exquisite dairy-free cheese from Violife, which can substitute cow’s milk mozzarella on any of its pizzas, are swiftly becoming a favorite among compassionate Canadians.

With the wooden tables, red pepper shakers, and excellent vegan cheese, this eatery has a typical pizzeria atmosphere.

This restaurant franchise is Long Island’s first vegan café. Sadly, Brother’s is also the town’s only vegan café. This pizza joint specializes in wood-fired pizzas, which are popular among vegans in the area. You may also get the classic Grandma pizza, which includes fresh herb basil, homemade mozzarella made with cashew milk, and sauce with tomatoes.

You may also request a BBQ pulled jackfruit pizza, which includes the ingredients such as red onions, cheddar cheese, homemade mozzarella made with cashew milk, and jackfruit from the grill.

Little Caesars’ Planteroni Pizza is made with vegan pepperoni. request it without the cheese to be vegan ready and we recommend creating your own vegan cheese at home. The service is available in a number of the chain’s locations, including Miami, Los Angeles, New York City, Detroit, San Francisco, and Portland, Oregon. Participation may differ.

Mancino’s Pizza & Grinders is not your ideal vegan restaurant. The majority of their menu items contain non-vegan ingredients. Aside from that, it does not include vegan cheese. However, if you stumble across one of its stores, there are still methods to prepare a vegan dinner.

You may try their vegetable pizza, but make sure to request that the cheese be removed. You may also personalize your pizza, from the dough to the toppings. Their Greek and Veggie Salads are also available, but they must be ordered without the feta and cheddar cheese to be vegan ready.

Mancino’s Pizza & Grinders is far from being your first choice for a vegan meal. Fortunately, there are already vegan pizzerias that provide vegan pizzas and use vegan cheese. 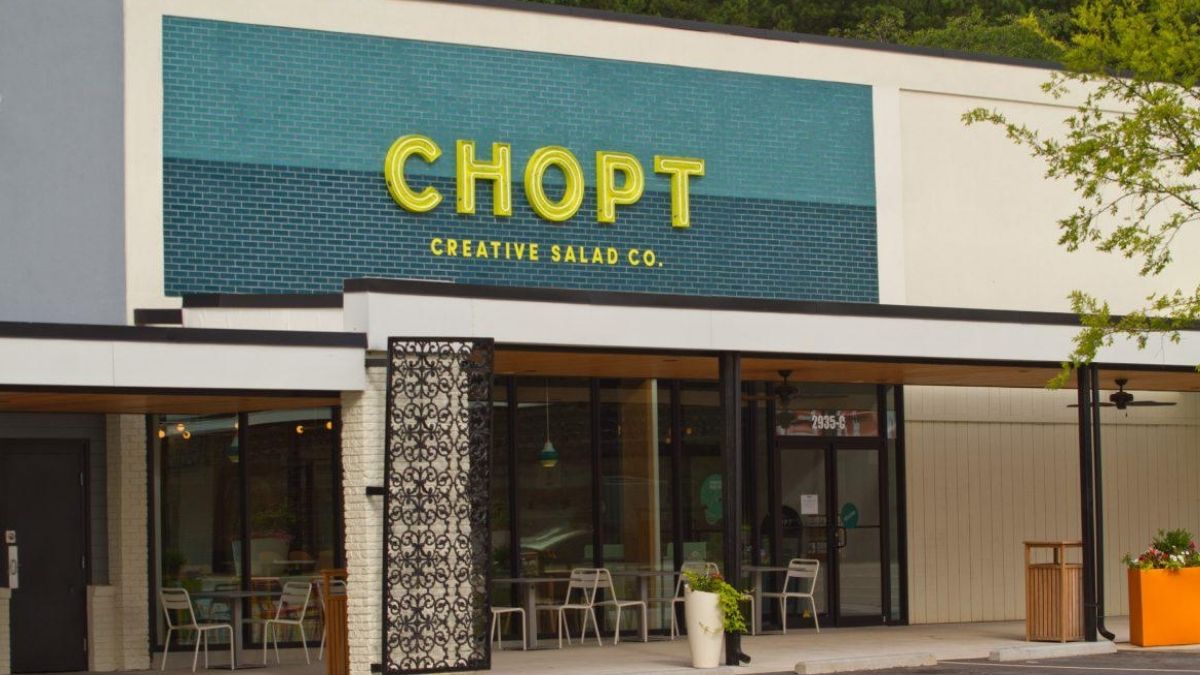 What Are The Vegan Options At Chopt? (Updated Guide)