What Are The Vegan Options At Noodles? (Updated Guide) 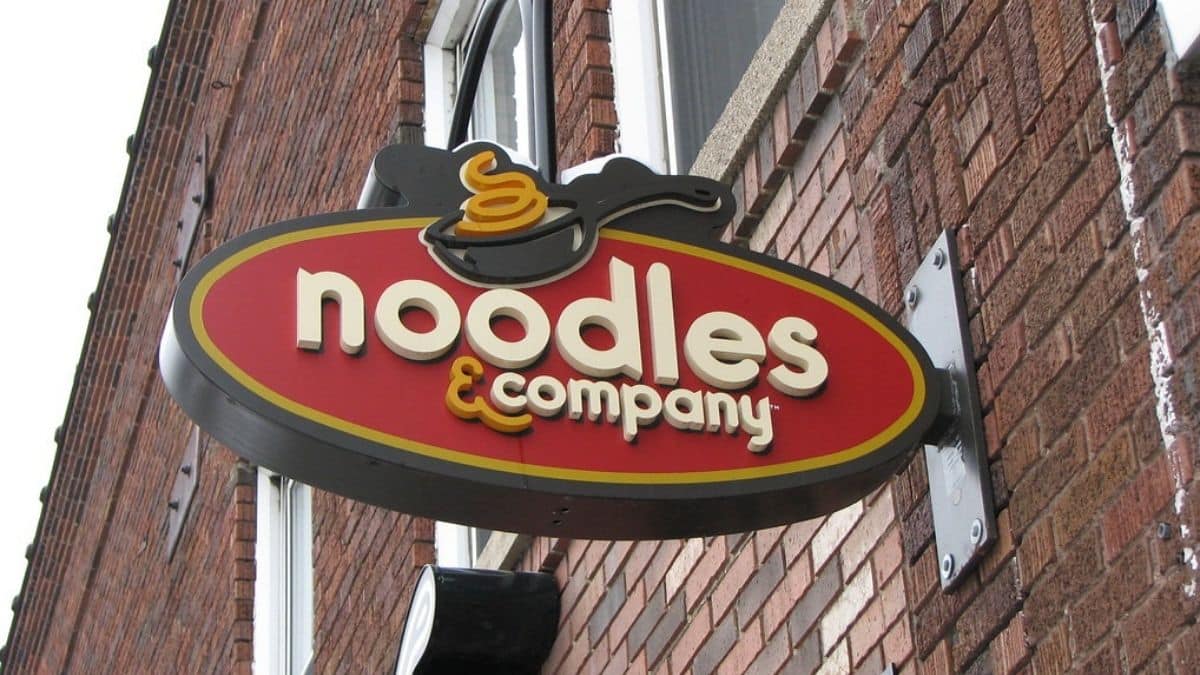 Noodles & Company serves some of the most delicious noodles at an affordable price. Their motto, “serve fresh food fast,” is followed by over 450 Noodles & Company locations in the USA. What started in 1995 as a tiny restaurant in Denver, Colorado, is now an empire of noodles that stretches through more than half of the U.S states. They claim to provide “REAL food, REAL cooking, and REAL taste.” That’s not the most challenging task when your business sells food, but it’s good to know that Noodles & Company likes to keep it real. But do they also keep it real for their vegan customers? And what are the vegan options at Noodles & Company?

Not unlike the growth of the Noodles & Company franchise, the number of people that identify as vegans has also increased tremendously in the last 25 years. Today, vegan restaurants are much more common, and vegan options are offered in the most unlikely places. Since most noodles are vegan-friendly, unless they’re made with eggs, it wouldn’t be a surprise that Noodles & Company has vegan dishes on their menu. This comprehensive guide will help you make the right choice if you’d like to order a vegan meal at Noodles & Company.

You’ll be happy to find out that going out to eat at Noodles (we’ll refer to the Company as such to keep it smooth and simple) can be an enjoyable experience for vegans. Indeed, you’ll find a handful of dishes that are both delicious and vegan-friendly.

Read on to find out a little more about the restaurant and what you should order as a vegan dieter.

Noodles is a simple place designed to be efficient, cozy, and fast. It’s the ideal place to grab a bite to eat during your lunch break and a fine place to have an affordable dinner with your entire family. At Noodles, you order at the counter and wait for your food at your table. The furniture is made from recycled bamboo, and you’ll find bench seating and community tables in all Noodles restaurants.

The service is efficient and helpful. The latter is essential for vegan dieters since we often have to modify our meals to suit our dietary preferences. In short, Noodles restaurants have a friendly vibe, simple decoration, and helpful staff. So far, so good.

Noodles is a company driven by trends and customer satisfaction. Only a year after opening their first location, the restaurant would have been a mere footnote in the registry of failed businesses if it was not for the incredible vision and open-mindedness of its founder, Aaron Kennedy.

After losing a tremendous amount of money in his first year, Aaron didn’t quit, and he decided to revamp his menu, décor, and prices. This is what makes Noodles an incredibly successful corporation; they aren’t afraid to radically change if their ideas aren’t satisfying their customers. And this could be great for vegans.

Throughout the years, Noodles has adapted to trends and consumer needs. 2004 was a trendy year for low-carb diets, so Noodles offered noodle-less entrees. The following year, whole-grain was the popular talk, so Noodles offered whole-grain noodles. In 2012, people raved about poor animal treatment; Noodles responded with naturally raised pork. Then, gluten-free noodles in 2013 and customizable kids’ meals in 2015.

The pattern is evident, Noodles can adapt to whatever the masses demand, and that’s the mark of a company that will not cease to grow. But what about vegans in all this? Have vegans made enough of an impact on the Noodles marketing team? Not yet, but it’s apparent that certified vegan options could soon become part of the Noodles menu.

Noodles has an extensive menu that offers a decent number of vegan options. Some require no customization, while others need a few easy changes to make it vegan-friendly. Let’s have a look at each section of the menu:

All noodles served at Noodles are vegan except the egg noodles. Try to say that three times as fast as you can.

There are eight Perfect Bowls on the menu. Only one of them is vegan.

This dish is delicious and doesn’t require any modification. You can confidently order this one!

The Classic Noodles section comprises seven dishes. Two of them are vegan. However, they aren’t tailor-made for vegans, so you’ll have to customize them a little.

I know this one is a pretty strange choice, but it’s so easy to modify that I had to include it. Order this dish without the meatballs or parmesan cheese, and you’ve got a simple yet delicious plate of pasta.

One of the four options is vegan and requires no customization.

Like the dish from the Perfect Bowl section, this one is the same but without the tofu. Order up!

This section is difficult to customize without completely redesigning the entire thing. Such a cool name, but you’d do well to pass the Zoodles and Caulifloodles.

One out of the three salads can be modified for vegans.

Omit the grilled chicken and feta, and replace the spicy yogurt dressing with balsamic dressing, and you’ve got yourself a pretty amazing vegan salad.

None of the soups are vegan. You may be tempted to try the Tomato Basil Bisque, but bisque is a French-style soup traditionally made by adding cream to give it a velvety texture.

These three sections of the menu aren’t vegan.

You can order the dishes listed below, but remember that some of the following dishes must be customized to make them vegan.

You have a handful of choices. It’s not many, but each dish is freshly made and under ten bucks.

Noodles isn’t the best place to hold a vegan company meeting, but it offers vegan options. A few of those options need no customization, while others may need a little bit of imagination. What’s sure is that if you are invited to Noodles or if you feel like having a quick bite to eat and no other options are available, you’ll be able to find something good to eat at Noodles.

A few dishes could be certified vegan (the ones we determined that need no customization). Still, Noodles makes no false claims because they handle animal products and cannot run the risk of cross-contaminating a vegan customer’s food. There’s merit in that.

After learning a little more about the Company, it wouldn’t surprise me to see many more “vegan” options on their menu in the future. Veganism is no longer hype; it’s a way of life that’s here to stay. And it’s a diet that has proven to be better for the entire planet. With this in mind, we can only hope that places like Noodles slowly follow in our footsteps to clean up our earth by starting with our diets.