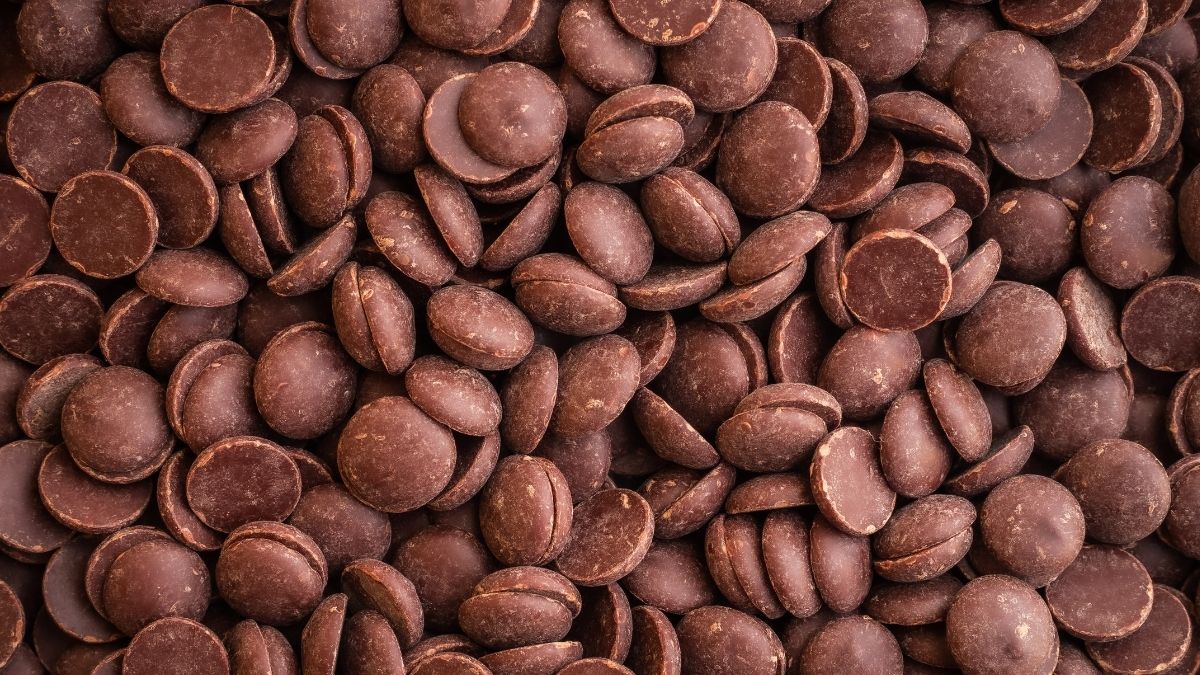 Chocolate chips are tiny-tiny drops of cooled chocolate, as its name suggests, that are mostly used for all-time favorite desserts such as cookies, ice cream, biscuits, and more. They’re usually to add decoration and taste to sweets as much as pepper and garnish are to an omelet. Today, more and more flavors of these chips are being introduced, and apparently, the more flavors spring up the more likely we are to be cautious of the ingredients.

As for Nestlé, it’s a global company that has been around for more than a century and thus this brand has already become synonymous with your day-to-day shelf food. Nestlé began from two companies (US Anglo-Swiss Condensed Milk Company & Henri Nestlé developer of “flour and milk” as infant food) which later merged in 1902 and ultimately became the food giant Nestlé we know of today. Not to mention, the original Nestlé company also helped develop the world’s first milk chocolate in the 1880s.

But before you run away just from the excessive mention of milk, let’s cut the company some slack and take time to know what the largest food company in the world has developed for our vegan friends.

The branch of Nestlé that is the most-trusted brand of chocolate chips is Nestlé Toll House first offered in 1939 when Ruth Wakefield of Toll House restaurant accidentally invented the first-ever chocolate chip cookies by breaking a bar of Nestlé chocolate. Ever since then, the brand developed more flavors with identifiable packaging.

One good hint to start with is that the classic, yellow package products are non-vegan. Other non-vegan products however come in more colorful packaging such as Disco, Funfetti, and Pumpkin Spice. Also, I’d be more focused on the chocolate chip varieties of Nestlé so I would only go through the details of the other varieties minutely.

These varieties are especially notorious for containing dairy ingredients such as milkfat, nonfat milk, and milk powder.

Milkfat is interchangeable with butterfat in common nutritional descriptions, both are merely the fatty part of milk which is either added to or dissected from whole milk during processing. This essence of milk contains 65% saturated fat, which, if consumed excessively will trigger high blood cholesterol.

Nonfat milk or skim milk is the portion of the whole milk that is left after all the fats are extracted. This is known to be the most vitamin-induced and protein-rich portion of whole milk which is where whey and casein proteins are taken from. Yet, those qualities of milk aren’t really important from a vegan standpoint as mung beans are also a great alternative as a protein-rich source and extremely low on fat.

Milk powder is simply the solid form of dehydrated milk and contains both milkfat and nonfat milk.

Other varieties that may seem in the gray zone but you should still avoid are:

Alas, my dear friends, your precious moment of relief has arrived as I’d like to confirm to you the existence of vegan-friendly and allergen-free Nestlé chocolate chips, which are also labeled distinctively with a teal blue coloration in front of the classic yellow packaging and the clear tag allergen-free: peanut, tree nut, milk, egg, soy, wheat, fish, and shellfish. Released in 2018 as the Simply Delicious line (later changed in 2020) in a response to the Food Allergy Awareness Week by Nestlé Toll House.

As you will immediately see in the packaging, the allergen-free line of chocolate chips is made with only three ingredients and those are organic cocoa butter, organic pure cane sugar, and organic 100% real chocolate. Now, as to not confuse you into thinking that those were only two ingredients since cocoa butter and 100% real chocolate seem to be virtually the same, that is not exactly the case.

The third main ingredient of the allergen-free chocolate chips is organic pure cane sugar which is a very healthy form of sweetener that is void of impurities and processed very strictly to avoid cross-contamination. Since it’s organic, this also means that the raw products were non-GMO and possess a natural taste.

Also note that the white chocolate variant of the allergen-free line contains extra ingredients such as organic tapioca starch, organic rice syrup solids, organic rice maltodextrin, and salt. All of those are still coming from non-animal sources.

Are They Really Allergen-Free?

That being said, it is absolutely fine for vegans to try the allergen-free line of Nestlé chocolate chips as the main ingredients are carefully processed and safe to consume without any worries of allergens and animal products. The Nestlé Tollhouse company also assures people that their allergen-free products are labeled so because they are manufactured in separate facilities to strictly avoid cross-contamination. More so, the company promises that if ever cross-contamination may occur or the slightest bit of allergens could be present in their products, they will safely label it with a disclaimer for the possibility of allergens.

Now it comes down to health issues and there’s not really a lot to worry about since you’re probably not going to gobble up an entire pack just for fun, are you?

As I’ve said before, the largest food company in the world would be extremely careful when it comes to handling and tagging their allergen-free products as they want to keep an honest report among their customers. So, you can trust that these products are worry-free and are strictly classified as organic, vegan, gluten-free, and allergen-free because they’re formulated and processed to fit that exact bill. Even by simply looking into their three main ingredients you can already judge that there’s nothing to stress about with these variants.

They’re A LOT Healthier Than Their Non-Vegan Counterparts

Since there’s no form of dairy or milk product in the allergen-free chocolate chips, they naturally contain a decent amount of fats, sugars, and carbs which are lower than their milk-induced counterparts. They also contain slightly more protein than the non-vegan variants. In fact, cocoa butter and 100% real chocolate are good for you.

Cocoa butter is a very common ingredient in popular lotions and moisturizers throughout the world. This is because of its smooth texture and fragrance that is a lovely addition to prized cosmetics, but more so, cocoa butter is rich in vitamin E which is a prime factor in the reproduction and protection of your key cells: eyes, brain, skin, and blood.

Our livers would also love cocoa butter since it benefits us in two ways: cholesterol management and liver disease reduction. Cocoa butter is rich in good saturated fat known as stearic acid which is then converted by the liver into an omega-9 fat known as oleic acid which helps prevent heart disease and reduce bad cholesterol. Cocoa butter also contains a nutrient called choline which aids both the liver and the nervous system. Our body can only produce slight amounts of choline, so we must take this from healthy food sources to avoid deficiency.

If that’s not good enough for you, then 100% chocolate also has an arsenal of nutrients. It contains a decent amount of dietary fiber and minerals necessary for blood health (proper blood flow and low blood pressure) and daily body functions. Pure dark chocolate also has a wide variety of powerful anti-oxidants, much more in comparison to other food sources. The protection of anti-oxidants and nutrients for effective blood flow improves our heart health, brain functions, skin protection, and cholesterol management. If you want to delve deeper into the details, you can check out more about it on Healthline.

Basically, the darker and purer the chocolate is, the more beneficial it is to our overall health. So indeed, Nestlé allergen-free chocolate chips are your best bet for a healthier diet with much delight and fun. Also, it is very important to note that much of these benefits are reaped only from the vegan-type of chocolate chips, another great reason to keep up with a healthy vegan lifestyle.

What Other Brands Are There?

Most of the common chocolate brands we see in the market today aren’t very healthy at all because they are produced straightforwardly without much regard for the health of the populace. Whereas Nestlé Tollhouse allergen-free chocolate chips are processed very scrumptiously and scrupulously for the best health and enjoyment of chocolate fanatics and dieticians. However, this does not completely mean that there aren’t any good brands out there outside of Nestlé, so for the sake of more choices, here are a few:

Let’s Wrap it Up

Most importantly is that we see how the vegan variants of chocolate chips are healthier than the non-vegan ones and those produced by Nestlé Tollhouse are truly allergen-free, even from the smallest speck of dust as they’re produced with quality, organic ingredients and in a separate, 100% clean facility. These allergen-free chocolate chips should easily top the list of your healthiest choice of food, but must still be eaten in moderation as they are also high in calories.

With all that said, Nestlé company still does hold up to its name as the largest food company in the world and one of the most trusted brands as well. They further proved that there’s no person in the world that wouldn’t want a mouthful of their products as they’ve made their prized chocolate chips also available to the growing vegan community and other pro-health fanatics.