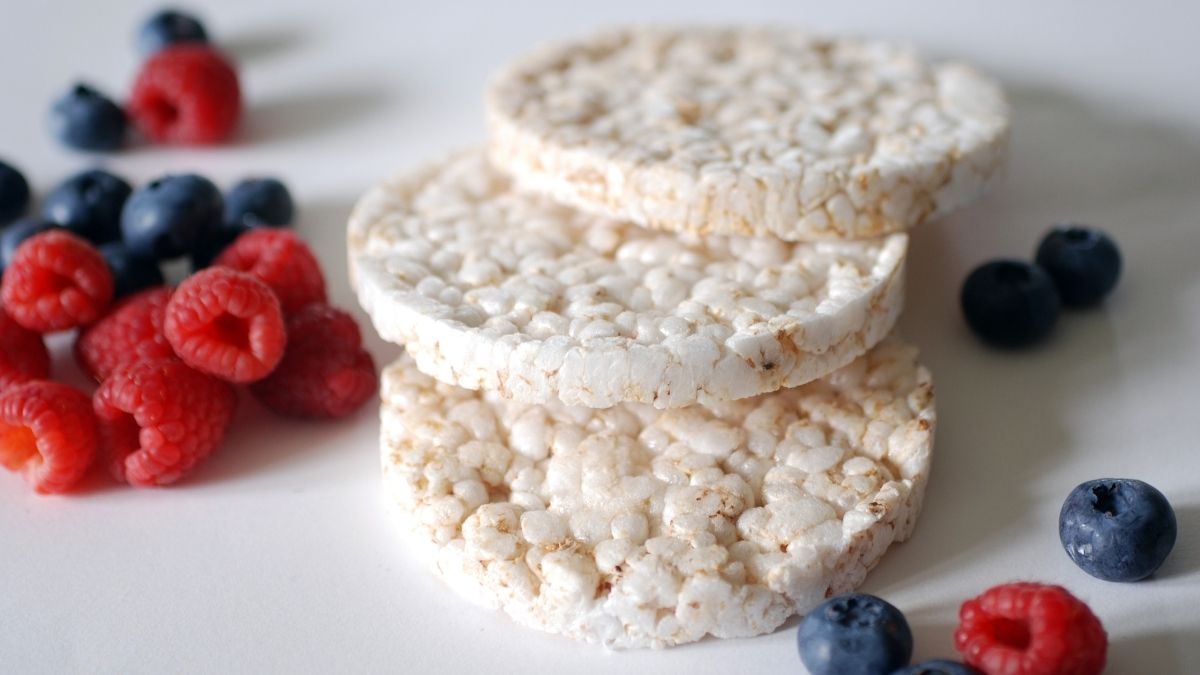 Vegan snacks are becoming more popular by the day, and you’ll be amazed at how many options you have. We all need snacks every now and then, and rice cakes are one of the best snacks you can try because they’re both healthy and delicious.

Rice cake is one of the best vegan snacks, but it can also be used as a basis for other dishes.

When it comes to rice cakes, there are many vegan options. This is because most traditional rice cakes are made with minimal ingredients. However, rice cakes are growing more popular in recent years, which implies more varieties. There are many different types of rice cakes available, but not all of them are vegan. Many of the more distinctive tastes use dairy, eggs, or even animal fats. As a vegan, it is crucial to avoid them.

Without further ado, let’s take a closer look at which rice cakes are safe to consume and which should be avoided. Learn how to tell the difference between vegan and non-vegan rice cakes and what to avoid for your vegan diet. I’ll also include a list of must-try vegan rice cakes, so keep reading!

Rice cakes are a popular snack that has turned into a pantry staple. They are low in fat and may be topped with a variety of ingredients to make them more flavorful. They’re a dry, crunchy nibble all by themselves.

Most rice cakes, whether white rice, brown rice, or other forms, are created using puffed rice or rice flour. The rice is compressed and squeezed together to create a thin cake that resembles an airy and crispy cracker.

Rice cakes of various kinds are popular around the world, particularly in India and Asian nations such as Indonesia, Cambodia, Japan, China, and Korea, where rice is consumed with practically every meal. Rice cakes have been popular in the United States since the 1980s when they were marketed as the ideal low-calorie snack to enjoy with cottage cheese, jelly, fruit, and other toppings.

While rice cakes may appear to be a simple snack, there is more to learn about their health benefits.

Rice cakes’ nutritional benefits have been the subject of some controversy. A basic unsalted brown rice cake contains:

However, most refined rice cakes are likely to be nothing more than carbohydrates with little nutritional value. Because they are low in calories, they may appear healthy, making you want to eat more of them. But still, consume them in moderation and supplement them with nutritious toppings.

Rice cakes can cause high blood sugar, especially if you consume numerous servings in one sitting or pick sweet-flavored kinds with added sugar.

They’re largely carbohydrates with minimal protein or fiber to help reduce the effect of these carbs on your blood sugar.

Also, if you choose them just because they are low in calories and you believe they are healthy, but you don’t genuinely enjoy them, they may not be the ideal snack choice. You may consume other healthful foods as well.

How Can You Tell If A Rice Cake Is Vegan?

Some items include a vegan label, which is generally green in color, although the majority do not. However, don’t conclude that a product is vegan merely because it says so. Companies may be manipulating the labels to attract vegan customers and sneak in these items, particularly into unlicensed small shops.

It is critical to carefully examine the ingredients description to ensure that everything in your rice cake is vegan. If you’re unsure about an ingredient, check around or contact the producer for further information. Even better, stay to what you know.

Avoid flavored items and stick to plain ones. Companies add animal-based goods through these additives and flavors. Even if you trust the product, do a lot of research and take time to read the labels.

Since vegan snacks are now easy to find in the market, there are many brands you can try. If you’re looking for vegan rice cakes, here’s a list to get you started.

It is made with brown organic whole-grain rice, sea salt, and sweet Mochi brown rice. All of which are 100% vegan.

It has a cinnamon flavor but rest assured, all ingredients used are vegan.

Kim’s rice cakes are purely vegan and have very few calories. There was also no added sugar or salt.

It has a cinnamon flavor but is sugar-free and fat-free. There were no animal-based products used in preparing these delicious rice cakes.

Rice cakes are made with only two ingredients namely, whole brown rice and salt which make them vegan.

Rice cakes are not just vegan friendly but also gluten-free. For consumers who are strictly vegan, Kallo’s rice cakes may contain trace amounts of milk consumed during the production process.

They contain whole-grain rice, quinoa, and sea salt. However, even if it’s vegan-friendly, they are not gluten-free.

Can I Make Vegan Rice Cakes?

If you have time to spend and want to do a little experiment in your vegan kitchen, you can definitely make your own rice cakes as your delightful snacks!

How To Make Vegan Rice Cakes

According to madehow.com, Soak the rice in water until the moisture level is determined. Then fed the damp rice into the hoppers. Then, transfer them above the popping machine before placing them inside the molds of the machine. The rice cake expands due to a combination of pressure and heat. Anything that is too puffed up indicates that there is too much air in the rice cake, therefore only a maximum of 10 seconds of high heat exposure is needed. This seals in the taste while also providing the ideal texture.

Because the rice binds as a product of the popping, no sticky ingredients are necessary to keep them together. The round cakes are then transferred to a conveyor belt and sprayed with flavoring agents. Wait for it to cool down and be ready to serve.

Rice cakes that are prepared entirely of rice are gluten-free.

Some kinds contain wheat or other grains that contain gluten, so if you have non-celiac gluten sensitivity celiac disease, don’t forget to check the label carefully.

Further to that, rice cakes are commonly accessible, making them a practical gluten-free choice when outdoors. If you can’t find your favorite gluten-free items, you’ll most likely be able to purchase rice cakes in any conventional grocery shop.

Caramel is another offender. Well, this depends on the recipe, since some rice cakes have lactose, making the rice cakes non-vegan.

When it comes to cheese, most non-vegan rice cakes are easily identified. This is because they use the word “cheddar” or something similar in their branding.

Milk is a rare find, but it does occur. Lactose, a sugar present in milk, may be used to give a tang to some meals, hence it is typical to see it in just a few tastes.

Rice cakes are mainly fast-digesting carbohydrates that raise blood sugar levels, meaning they’re not the ideal choice for diabetics on their own.

A single plain rice cake, on the other hand, has just approximately 7 grams of carbohydrates, so it may easily fit within your carb allowance for a meal or snack.

Regardless, limit yourself to one serving as a snack and add healthy protein, fat, and fiber to lower blood sugar impacts while also making the rice cake more full and nutritious.

However,  diabetic people can try nut, butter, hummus, and avocado as rice cake toppings to taste.

That’s it! Rice cakes are a must-have and a great vegan snack to add to your list. Vegans and gluten-intolerant people can consume a wide variety of rice cakes.

However, when it comes to rice cakes, there are a few things to keep in mind. Some products may appear to be harmless, yet they may include traces or even a large amount of animal products. Gluten is the same way. The issue with gluten is that it’s frequently difficult to tell if it’s there or not. As a result, I recommend looking for rice cakes that expressly state “gluten-free,” as well as checking the backside to ensure it wasn’t created alongside gluten-containing food.