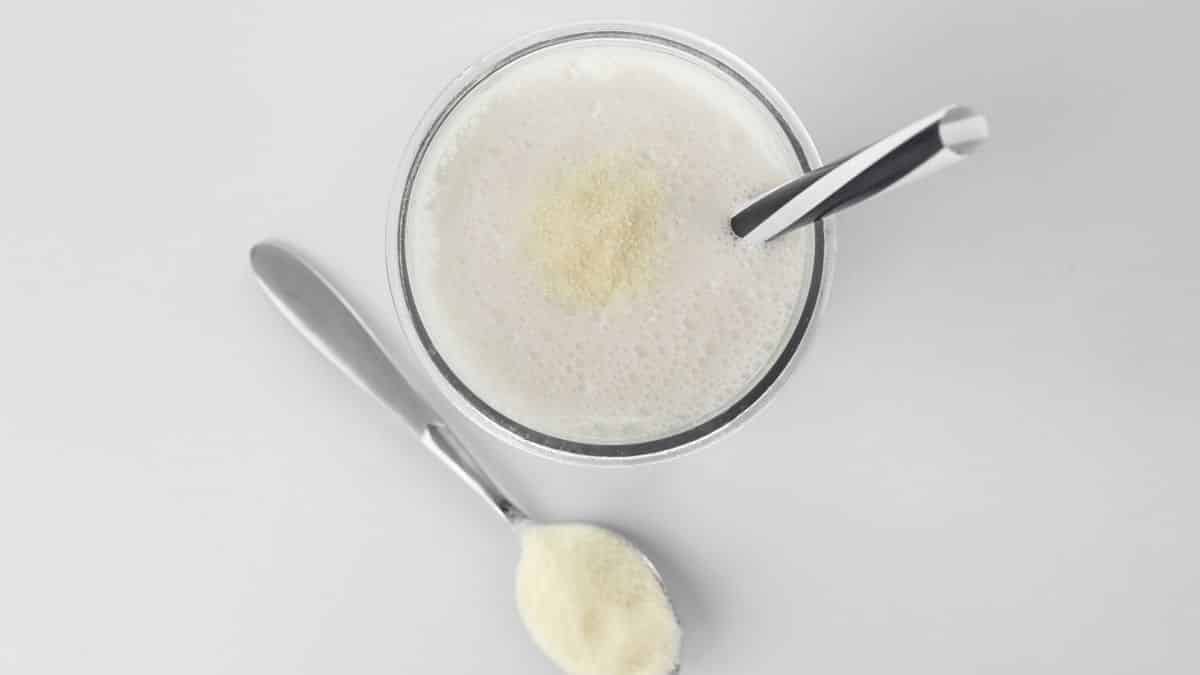 Since it’s a very popular source of protein and widely used in cheese and protein powders, it can be hard to avoid it. Sometimes, foods that are labeled as non-dairy may also contain casein.

Sometimes, casein is sneakily added in vegan products as well, which may lead you to wonder, “Is casein vegan?” The answer is no. And if you find it in your seemingly vegan products, avoid it.

That said, you may want to know what exactly casein is and how to avoid it for a vegan lifestyle. Read on to understand everything you would need to know about casein and substitutes for it.

What Is Casein? Is Casein Vegan?

Casein is the protein found in animal milk. Cow’s milk has around 80-85% of casein and forms the basis of most of the cheese made today. The stretchy and melting quality of cheese comes from casein.

When cheese is made, it gets separated into two parts. One is a water-based leftover that doesn’t include a lot of fat or protein. That is what we know as whey. It can and is conveniently used to make bread and is used for a plethora of other purposes. The curdled and fatty part of the milk separates from the water. That is what is then made into cheese, and it contains casein.

Sure, there are a lot of plant-based cheeses available, and they are vegan-friendly as well. But one should always be aware and check if their cheese or other products somehow contain casein. As casein is mostly derived from animals, plant-based casein has yet to become conventional. If any of your so-called vegan food items have casein, they’re unfortunately not very vegan.

The industry is notorious for sometimes listing casein as a non-dairy product, so it becomes crucial to do your own thorough inspection.

Where Is Casein Used?

Seemingly harmless products that can include casein are soy or almond cheese, coffee creamer, rice cheese, and some whipped toppings. This is because non-dairy cheese often lacks the stretchiness and doesn’t melt as well as dairy cheese. The casein helps with that and increases its melting ability and stretchiness.

Other than food items, you will be surprised to know that casein is used to produce many other materials. The paint on your wall? It could have casein in it. The shirt you’re wearing could have some casein mixed into it, too.

Stuff like adhesives and glue, plastic, fabrics, cosmetics, and even concrete sometimes has casein.

As casein is a rich source of protein and is often used as a nutritional protein supplement, it’s mostly thought of as healthy. There are, however, concerns that surround the products that include casein and casein itself.

Many studies, including The China Study, whose author, Dr. Campbell, stated that their work had concluded that casein is a carcinogen. Carcinogens are cancer-causing agents, and casein was termed the “most relevant cancer promoter ever discovered.”

This should tell you that while widely used, casein might not be a healthy source of protein. Plant-based protein sources like pea protein, which is increasingly popular, might be a better choice. Still, casein doesn’t seem to be going anywhere, and nutritional supplements based on casein are still very conventional. Fortunately, there are better nutrition supplement options for vegans in the form of pea protein, rice protein, soy protein, and more.

Casein was also found to be addictive. Yes, you heard that right, the casein in milk contains casomorphin, which is an opioid. Is it any wonder why giving up on cheese can be so hard?

While casein can sneak into your non-dairy products, it’s easy to avoid it. There are not many exact vegan alternatives for casein but for the products that contain casein.

Fortunately, there are plenty of vegan cheese options that you can conveniently find to replace any casein-based cheeses. Here are a few of them:

Not only cheese, but casein is widely popular as a nutritional supplement protein powder as well. The amino acid present in it helps promote muscle and body growth and is often used by fitness enthusiasts and bodybuilders. If you’re looking for such a protein but without the added mess of casein, then you’re in luck.

Pea protein has proven to be as good as, if not better, than casein protein for nutritional supplements. Unlike casein, pea protein, or any other plant-based protein, the added perk will not include any cancer-causing agents in it.

If you’re looking for an alternative to casein for a rich protein source, then there are plenty of options available for you. Legumes, beans, and pulses contain high amounts of protein. You won’t need any dairy products to fill in your protein requirement for the day.

For protein powders used as nutritional supplements, you will have a variety to choose from as well.

The Academy of Nutrition and Dietetics states that usually, people require a minimum of 0.8g of protein. This is for every kg of body weight. The total amount of protein needed will depend upon your weight and other factors like diet changes, pregnancy, and whether you are bodybuilding or weightlifting.

Several plants based protein powders have similar amino acid profiles as found in casein protein powders. So if you’re looking for that, here are some of the vegan nutritional supplement powders for you.

Pea protein powder is best if you are looking for protein sources that are dairy and lactose-free. This is very suitable for both vegans and lactose-intolerant people. It’s one of the most popular alternatives to non-vegan protein powders.

Hemp protein powder proves to be a smart pre-gym supplement as it is highly digestible and also contains the needed amino acid profile. Derived from hemp seed, it’s a highly protein-rich source and completely vegan. One thing to note is that hemp seed protein powder can be a little high on fat content, so decide according to your needs.

Vegans avoid casein because of the source it’s derived from; other health concerns come up with the topic of casein as well.

In any case, there are always plant-based and vegan substitutes readily available. They’re also healthier and free from toxic substances.