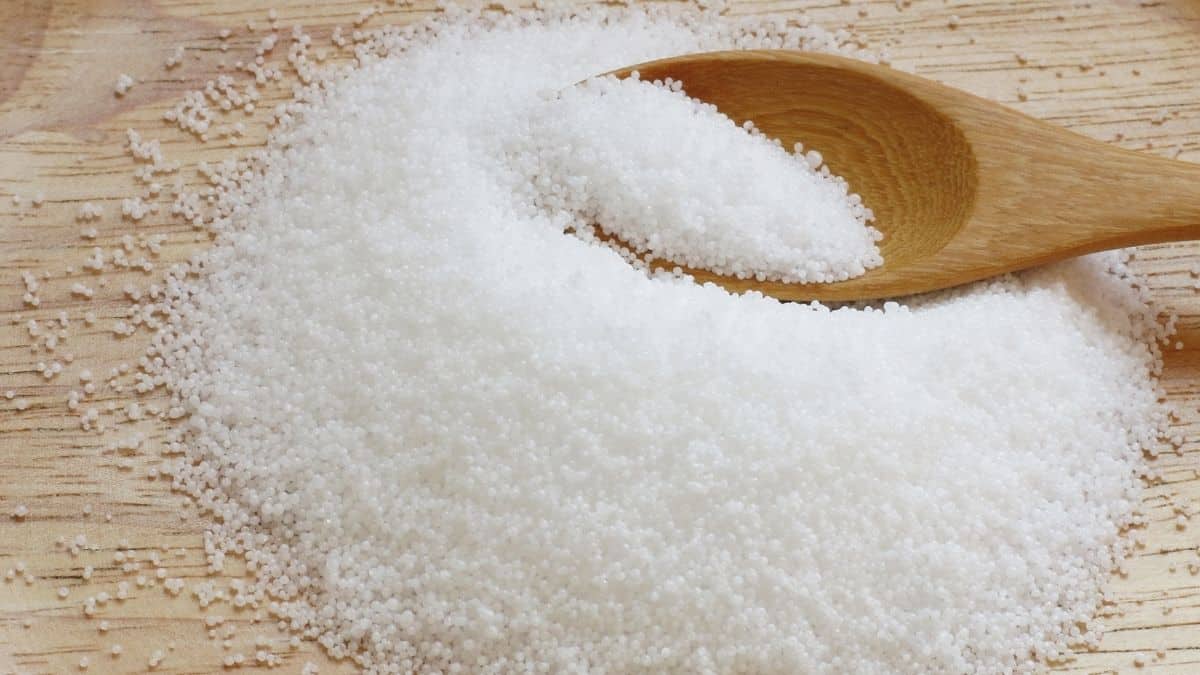 Answer: It depends. DATEM is generally accepted in the vegan world, although strict vegans have reservations regarding particular ambiguous ingredients used in the product.Â

An acronym for diacetyl tartaric acid ester of monoglycerides and diglycerides, DATEM is a popular emulsifier and food additive. It is widely used in bakery products with leavened yeast such as crusty bread and buns. The emulsifier is found in powdered form and helps harden the dough structure to expand during proofing just before baking.

Besides increasing the size, DATEM also helps the baked products attain a uniform and fine crumb between the grains. Other than bakery products, manufacturers use it to produce ice creams, butter, coffee, hydrogenated vegetable oils, and salad dressings. For such, DATEM serves various functions, such as improving preservation and prolonging shelf life.

Most people in the vegan community approve of products that contain DATEM, but whether such foods are suitable for vegans may be down to a personal decision.

In this post, we will explore why some people have reservations about the nature of DATEM and why popular food additive is generally considered vegan.

We will also scrutinize the health concerns linked to the food additive and look at some alternatives products for the sake of strict ethical vegans.

Why Some People See DATEM As Non-Vegan

The discussion of DATEM forms one of those controversial topics in the vegan community. To complicate the matter, there is no clear information on how different manufacturers make the additive or what it contains precisely.

The fatty acid commonly used to produce DATEM is stearic acid and comes from vegetable sources such as vegetables and sunflowers oils. That makes the food additive vegan-friendly at this point. However, the mono – and diglycerides used can come from any edible source, be it vegetable or animal fat, which throws a question mark over where DATEM gets its share.

The bad news for vegans is People for the Ethical Treatment of Animals (PETA) considers mono – and diglycerides animal-based. Luckily, there could be some hope, as the items in PETA’s list include both 100% certified non-vegan and some which are likely to be plant-based.

But when the manufacturer insufficiently provides details on the source of such ambiguous ingredients, some strict vegans find it better to restrict the food additive. And for such people, you’d sure guess their take on products that contain DATEM.

DATEM is just like any other food preservative. And not many people pay much attention to food preservatives as they are often found in high numbers in processed foods, making it overwhelming to analyze. Again, it’s hard to scrutinize raw materials that could come from either plants or animals, and the only sure way would be reaching out to the manufacturer.

But since there’s a chance that the list in PETA may, unfortunately, include some plant-based ingredients that it wrongly terms as animal-based, most vegans tend to believe DATEM is among such.

That belief might hold water, to be fair. Moreso considering that manufacturers can industrially produce mono – and diglycerides after reacting triglycerides and glycerol. That would make DATEM a vegan-focused food additive. Furthermore, to support the view that DATEM is vegan – owing to its high demand to meet commercial needs – the easiest and probably most convenient method to produce mono – and diglycerides would be the industrial way. Thus, the ingredient in question, produced industrially, renders DATEM suitable for vegans. If only.

What’s more, today, there are several staple foods in the US, including breakfast biscuits, containing DATEM that vegans find comfortable to consume. So if you’re okay with such diets, why wouldn’t you view foods such as crusty bread that contain DATEM from a similar perspective? It’s only fair.

Ultimately, whether the products that use DATEM are fit for consumption depends on your degree of veganism. But keep in mind that most standards view the practice as mainly about helping animals rather than maintaining the planet’s beauty. Even PETA itself points out that no one can completely stay free from every single animal-based ingredient.

Side Effects Of DATEM

Judging foods that contain DATEM from the same perspective as fast and ultra-processed junk foods, it’s only fair to conclude that they’re all among what you should avoid for your health.

You could argue that the degree of side effects inflicted by DATEM products is slightly lower, though, by them being considered staple.

And while the US Food and Drug Administration (FDA) has approved the usage of the additive by food manufacturers, as per some experts, that’s not to mean it possesses no potential health effects. A study conducted on rats linked myocardial fibrosis to DATEM. Myocardial fibrosis is a medical condition characterized by a sudden surge in the number of cardiac fibroblasts. That may, in turn, cause the valves of the heart to thicken.

Another potential health issue observed in rats that may affect women is endometrial hyperplasia, which is the thickening of the uterus lining. That often accelerates the growth of the cancer of the uterus.

Yet more health effects associated with DATEM in rats is Rosati-Dorfman disease. The food additive may trigger the overproduction of some types of white blood cells, which, upon accumulation, affect the lymph nodes to cause the disorder.

There are, however, no concrete human studies to confirm if you can encounter such side effects with DATEM.

That said, absence of evidence doesn’t mean evidence of absence, nodding to the traditional aphorism. Some health experts have opined that the emulsifier is a culprit for intensifying intestinal permeability, widely known as leaky gut. A leaky gut means a malfunction of your immune system. Moreover, there are concerns and precautions about DATEM for certain groups, including children, pregnant, and newborns. But although there are some reported health risks in these groups, there’s no scientific evidence to back the claims. The best advice is to consult a doctor or professionals before the intake of DATEM.

Since DATEM is not consumed on its own but in products, there are some options if you’re a 100% plant-based eating person. Note that many of these are baked goods and cooking oils as they are products that widely use DATEM.

Vegan bread should stay free not only from DATEM but also other unfriendly ingredients as well, including honey, eggs, and dairy products. That, however, doesn’t mean vegan loaves of bread aren’t delicious as their counterparts. Also, they are just as quality as the rest, with some very rich in nutrients.

Ezekiel bread is not your average bread!

It contains four types of sprouted cereal grains and two legumes and is very rich in proteins, among other nutrients.

More important for vegans, this hearty meal doesn’t include preservatives and food additives in its ingredient list. Like any other food, minus the artificial additives means Ezekiel bread will spoil fast. But you can avoid that by keeping it in a freezer, which also helps the bread keep its bakery-made taste.

Dave’s Killer Bread may not be officially certified vegan, but you can trust their “contains no animal products” labeling. Only two of their varieties are non-vegan, so avoid Honey Oats and Flax as they contain animal-based ingredients. All other bread varieties from this brand use natural ingredients and are known for their high fiber content and proteins.

With its simple ingredients, you will straight away accept that pita is 100% vegan bread. It only contains flour, water, yeast, and salt.

Other vegan breads you can always try out include sourdough and ciabatta. But be keen with these breads as some varieties contain animal products such as milk.

Several cooking oils are 100% plant-based, and even better, they help a lot in improving your meals and your body, too.

Avocado oil is honestly expensive. But to justify the price, it has healthy perks you would not like to miss. That aside, the oil is ideal for vegan foods and a good substitute for DATEM-bound hydrogenated vegetable oils.

Coconut oil is popular in the US and 100% vegan. The good thing about it is you don’t need to store it in a freezer. Not because it contains artificial preservatives that could be animal-based, but coconut oil doesn’t undergo oxidation.

Other vegan oils worth a mention include canola oil, rice bran oil, and light olive oil.

Unless you set extreme standards, you won’t be wrong classing DATEM vegan. So you can safely enjoy the products that contain the chemical.

For strict ethical vegans, monoglycerides and diglycerides are a potential red flag. If you can’t resist products containing DATEM, be sure to contact the company to confirm the nature of the controversial raw material used. If that proves burdensome, the good news is some manufactures are using vegan substitute brands of the popular emulsifier to make similar products.