What Are The Vegan Options At Friday’s? (Updated Guide) 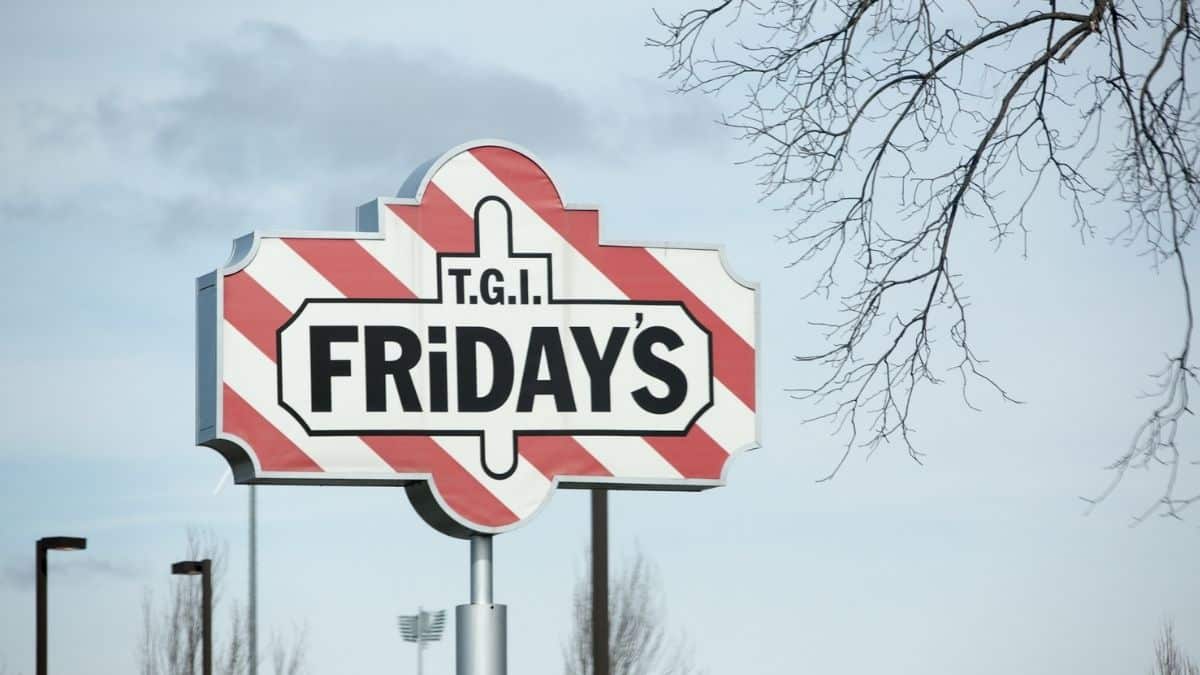 When you’re a vegan, sometimes eating out can be a difficult thing to do. Not all restaurants have adjusted to the new wave of veganism. TGI Friday’s is an American classic that has been around for decades now. The great news is, they do have plant-based items on the menu. So if you’re a vegan and you’re heading to TGI Friday’s, you do have some great options.

TGI Friday’s has always been known for its drinks and non-vegetarian food varieties. It’s been a part of America’s culinary history and will continue to be so. They’ve introduced some delicious vegan options for their customers now. As a vegan, you now have some great choices at TGI Friday’s.

So let’s say that you’ve been vegan for a while now, and hour your friends decide to head out to TGI Friday’s on the weekend for some drinks and dinner. You might be worried that, food-wise, the place may not present you with too many options. Well, you’re mistaken. Are you interested to know about the vegan options at TGI Friday’s? Read on to find out more.

What Are The Vegan Options At TGI Friday’s?

Most of their menus will contain vegetarian items, but not vegan items. TGI Friday’s has introduced some great vegan options to their menu. They’re delicious, entirely plant-based, and very popular as well.

Vegan or not, these dishes will make you drool. Below, you can find a delicious and tasty list of vegan snacks and dishes to satisfy your hunger!

The TGI Friday’s Beyond Burger

As a vegan, it’s hard to watch your non-vegan friends chomp down on juicy burgers right in front of you while you have to choose something like a salad since there aren’t many plant-based options. Well, no more of that! The plant-based Beyond Burger is here to satisfy vegans.

The Beyond Burger has a very authentic meat flavor and even ‘bleeds’ like a regular meat burger. This blood, however, is beetroot juice that seems like blood. The Beyond Burger has 20 grams of pea-based protein in every patty and is gluten-free, soy-free, and GMO-free. Gone are the days where your non-vegan friends are the only ones who can sink their teeth into a delectable, satisfying burger. The Beyond Burger is the burger that vegans across the world were waiting for, for a long time. The next time you hit TGI’s, you know what to order!

Another excellent vegan burger option. After so many years without a perfect plant-based burger, it seems like the possibilities are opening up! This one is a vegetarian burger, but if you can order it without any of the dairy elements, you’ve got yourself a vegan burger.

The patty is made out of a spicy black bean mixture. It’s bound to get your taste buds going. Topped with avocado, chipotle pepper sauce, and TGI Friday’s signature cola onions, this is a real treat for vegans who visit TGI Friday’s. Just ask them to leave out cheese and mayonnaise.

French fries are the classic appetizer and accompaniment for all sorts of food. They’re also a signature staple in bar food menus. French fries are one of those things that once you start eating, you can’t stop.

All the French fries at TGI Friday’s are vegan friendly. They are fried in vegetable oil, so you don’t have to worry about the kind of fat is used. The sweet potato fries are another delicious option available. Just make sure you don’t get anything like cheese, mayo, or cream with your fries.

Nachos are yet another kind of finger food that’s just so addictive. Everyone loves nachos. They’re one of the tastiest appetizers at any restaurant you visit. Traditionally, nachos are loaded up with all sorts of toppings, so you need to be wary of what toppings are on yours.

When you order the nachos at TGI Friday’s, ask them to leave out the meat, the cheese, and the sour cream. You still have a great plate of nachos that comes with guacamole, salsa or pico de gallo, and spicy jalapenos. Extremely tasty!

Pasta is something you can always fall back on. TGI Friday’s has some delicious pasta options as well that are vegan-friendly. The first thing you have to do is to mention to your server that you need eggless pasta. Most pasta is made with an egg beaten into it, so it’s better to initially inform the server that you’re vegan.

Pasta with marinara sauce may sound too simple, but the tasty marinara and basil give the pasta a timeless, classic deliciousness. Angel hair pasta is another option. Their primary dressing is just garlic and olive oil. You can add vegetables of your choice, like mushrooms and tomatoes, to spruce it up.

There are a lot of options to choose from when it comes to the small bites of appetizers. TGI Friday’s has many items on the menu that you can tweak to make them vegan-friendly. All you have to do is let your server know what you want to be added or removed to the menu item.

The potato skins are delicious, remove the bacon, cheese, and cream and add beans, guacamole, and corn instead. The warm pretzel sticks are great too, skip the dips because most of them are dairy-based. You could also have a simple house salad without the cheese and dressing as a light snack.

Hasn’t watermelon always been something you imagined eating cold straight out of a refrigerator on a hot day? Well, think again. TGI Friday’s launched their watermelon steak for vegans recently. Steaks no longer have to be the ultimate carnivore indulgence.

The watermelon is spiced with sriracha, flame-grilled, coated with TGI Friday’s famous sweet glaze, and served with a creamy avocado sauce. The watermelon steak is an excellent meal on its own, as it comes with sides of crunchy French fries and roast vegetables. This dish is something you’ll want to try!

If you’re looking for something cold and sweet to follow your meal, TGI Friday’s has a couple of vegan-friendly options for this as well. Desserts don’t only have to be loaded with dairy, making them inedible for you. Why don’t you try one of TGI Friday’s vegan-friendly dessert and drink options?

TGI Friday’s has an excellent sorbet sundae. It’s an incredibly refreshing orange-flavored sundae that is served with the best seasonal fresh fruits. They also have a fantastic mango peach lemonade slushie. It’s made without any dairy and is incredibly tasty.

How Do You Order Vegan At TGI Friday’s?

These are some of the very best vegan-friendly options that TGI Friday’s has to offer. It’s quite a big move to introduce so many vegan options! Apart from the options mention above, you could give other dishes on the menu a go, as long as meat and dairy are substituted.

You’ll find that many toppings and accompaniments are cheese, cream, and other dairy-based options or meat options like bacon. All you have to do is remove those and add in some plant-based substitutes. Use beans, avocados, corn, guacamole, and salsa as substitutes to pep up your food. TGI Friday’s has symbols on their menu, which you can look out for now. The characters next to the menu item denote what kind of food it is. The ‘v’ symbol next to menu items denote vegetarian items, while the ‘ve’ symbol denotes vegan menu items. Just search for that symbol to make ordering easy.

TGI Friday’s is no longer purely a meat-eaters’ haven that it used to be. They’re catching up with evolving diet trends, and veganism is arguably one of the largest growing ones. They’ve done well to introduce quite a few vegan options into their menu. They also take a lot of effort to make their other dishes vegan-friendly. So if you ask them to make something dairy and meat-free, you came to expect them to come through with your request. There’s a lot of options for you to choose from like mentioned above.

Here is a link to TGI Friday’s online menu card. You can see all the vegan-friendly options that they have on their menu. Whenever a new item is added to the menu, you can expect to find it updated here.