What Are The Vegan Options At Rock N’ Roll Sushi? (Updated Guide) 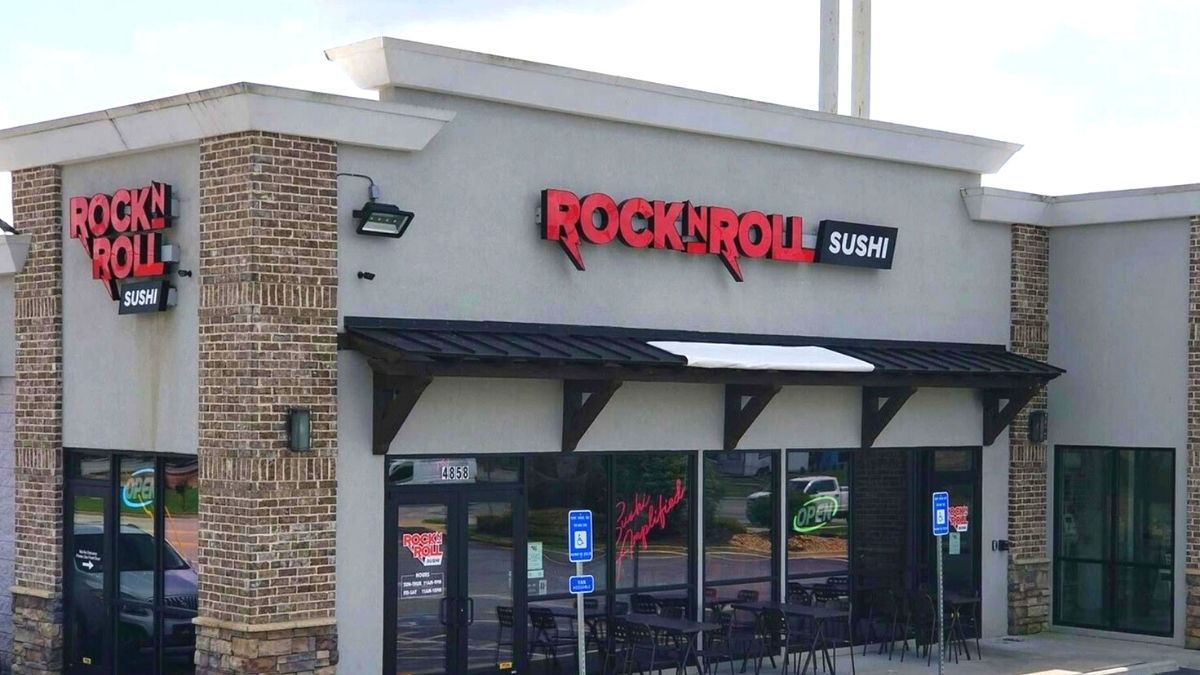 We have known sushi to be something that is prepared raw. But it’s actually more than that. Sushi is among one of the most popular dishes today, even with kids. Its different contrasting flavors, with the taste of the ocean, will surely make your Sunday morning a better one.

Now, you might have been wondering if there is actually vegan sushi available in restaurants. Well, since sushi is a very in-demand and popular food, lots of restaurants today are maximizing vegan sushi.

In this article, we will talk about what you can order in the famous Rock N’ Roll Sushi for your vegan appetite. We will also talk about some alternative restaurants that you can try for a full vegan sushi experience.

At Rock N’ Roll Sushi, there are various vegan meal options that you can try. They have veggie rolls, edamame, miso soup, seaweed salad, vegetables, and white rice as side dishes, and their fried rice that you can customize as 100% vegan.

Read on to learn more about these options and how to order them when you pay a visit.

Sushi is a Japanese traditional dish that incorporates various ingredients in a roll. Its main ingredients are rice, raw seafood, and vegetables. Sushi presentation varies widely across different cultures but it is most popularly made with “sushi rice”.

As it often includes raw seafood, sushi is not typically vegan friendly. However, there are restaurants today that serve vegan sushi which use plant-based ingredients instead of meat. Luckily, Rock N’ Roll is one of them. Also, you can just make your own vegan sushi at the expense of just some of your home ingredients.

Finding vegan options at Rock N’ Roll Sushi is not a difficult thing to do. Just go over to their menu section present on their website, and you can see marks with “V” which indicates that the option is vegan.

But of course, we made things easier for you as we list down all possible vegan options you can find in their menu.

Well, there’s no better way to start off the list with their only vegan sushi roll option. Their veggie sushi rolls include cucumber, avocado, and spring mix. A serving contains 283 calories. Moreover, the option is also gluten-free so if you’re on a strict diet, this is also a good option for you.

If you have never heard of this dish before, it is typically soybean blanched in 4% saltwater served in Japanese cuisine restaurants. Rock N’ Roll Sushi served edamame which includes steamed soybean that is lightly salted.

The dish is also gluten-free and contains a total of 380 calories per serving. You can enjoy eating this dish with your fingers.

Miso Soup is a traditional Japanese cuisine prepared by mixing a miso paste in a dashi sauce. It is served with various ingredients depending on culture and personal preference.

Rock N’ Roll Sushi serves miso soup with seaweeds, green onions, and tofu. The dish is free of gluten and contains 35 calories per serving only.

Seaweed Salad is also a traditional Japanese dish made by dipping dried seaweed in water and including soy sauce, mirin, sesame oil, rice vinegar, and sugar.

Rock N’ Roll Sushi serves a savory and sweet flavored wakame seaweed with their signature spring mix. The dish is not marked as gluten-free on their website so it’s better to ask for assistance if you’re on a strict gluten diet. The dish contains 137 calories per serving.

Some of you may confuse seaweed as non-vegan seafood. Well, seaweeds are identified as vegan. They are classified as sea vegetables which contain lots of nutritional benefits. It is actually good food for vegans as they are rich in iodine, iron, potassium, zinc, fiber, and more.

Actually, Rock N’ Roll Sushi Fried Rice is not vegan. However, you can customize their serving to be one. You can have their fried rice that includes only carrots, soy sauce, peas, and teriyaki sauce. Remember to ask about their teriyaki sauce if it’s made vegan as information on it is very limited in their menu.

The fried rice is not gluten-free, so it is not recommended to those who are undergoing a strict gluten diet.

For their side dishes, you can choose either their vegetables or white rice. You can choose any available vegetable you want. Typically, Rock N’ Roll Sushi vegetables contain 264 calories per serving. Vegetables may not be gluten-free.

Their white rice is gluten-free and contains 340 calories per serving.

Veggie Sushi is popular among the vegan community. With this, we need to take a look at its calorie and carbs content. Aside from being able to fight against animal cruelty, vegans also advocate for healthier living.

What Are Alternative Vegan Sushi Restaurants?

For vegan sushi lovers who are looking for more plant-based sushi rolls options, there is no need to feel lonely because we will be listing some of the notable restaurants that offer 100% sushi dishes. These restaurants not only offer you dozens of vegan sushi dishes, but also some good vegan food to go along with it.

Located in New York City, Beyond Sushi is famous for its eight types of vegan sushi rolls. Two of the most popular ones are their Mighty Mushroom roll and Green Machine roll. You can also check out their featured “roll of the month” and “piece of the month” for exciting and awesome dish tryouts.

Shizen Vegan Sushi Bar & Izakaya combines the traditional vegetarian way of cooking with Buddhist roots and local ingredients to create the best vegan sushi roll options. Their menu will already explain everything of their ingredients to you, so all you have to do is choose according to your preference.

You can find the restaurant in San Francisco, California.

Also located in New York City, you can find in front of a dozen vegan sushi options at Franchia Vegan Cafe. The restaurant is famous for its relaxing and calming ambiance. It also has a tea bar and a menu composed of a wide selection of vegan options such as vegan tapa and sushi.

This restaurant located in Los Angeles, CA is popular for its Thai dishes. Vegan House is also known for its Grilled Vegetable Sushi and its full menu which features salads, appetizers, soups, and more. Their sushi typically includes carrot, avocado, lettuce, seaweed, wasabi, and soy sauce.

A few of its most popular dishes are Kiss of the Spider Woman and Dynamite Burst. Both of these dishes include plant-based ingredients and are 100% vegan.

Can I Make My Own Vegan Sushi At Home?

Well, of course. You can definitely try making your own vegan sushi at the expense of just your home ingredients. You just have to find some good rice you prefer, nori seaweed, rice vinegar, your choice of vegetables, and a savory sauce with the flavors you like. One good thing about sushi is that you can actually give it your own touch and preference.

You can choose a sweet chili sauce if you want a little bit of spiciness in your sushi. Remember, you can put anything you want in your roll, so you just have to be creative. You are the ruler of your own kitchen.

If you’re into sushi, Rock N’ Roll Sushi can only offer you one dish, their Veggie Roll. So, it’s not actually a good place if you’re craving more options. However, if you just want to dine in, Rock N’ Roll Sushi has other options that can fill you up.

There are alternative restaurants that you can go visit. Moreover, you can just go over your kitchen and create your own version of vegan sushi. So, the next time you crave a savory, delicious taste of the ocean, you definitely know where to go!