What Are The Vegan Options At El Pescador? (Updated Guide) 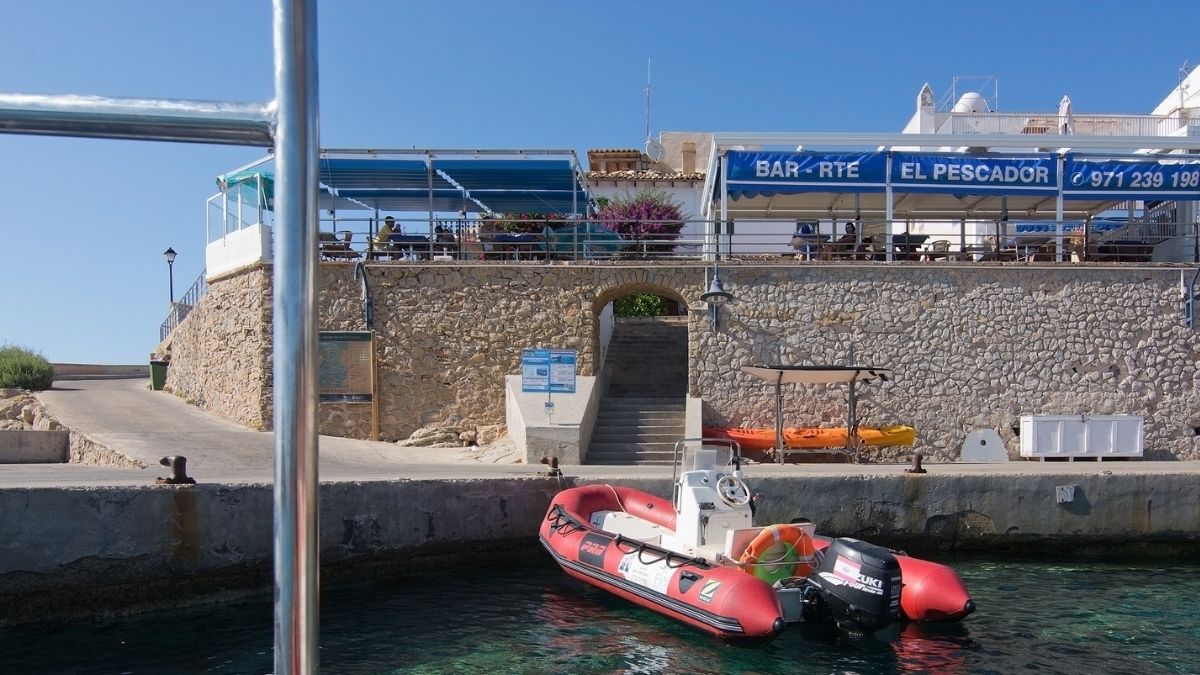 El Pescador is one the most famous Mexican cuisine restaurants in America, which was established way back in 1983. What started as a modest neighborhood restaurant has expanded into a large chain across Southern California and is still growing.

Over the years, their popularity has increased amongst Americans, and they have continued delivering the Mexican taste with their delicious dishes like fajitas, siete mares, house favorite cocktails, and more.

But if you are a vegan in search of delicious Mexican food, then you might be wondering if there are any vegan options available at El Pescador? Well, you have come to the perfect place because the answer is yes! El Pescador has a plethora of options for their vegan customers too!

In this article, you will discover all the different vegan options that El Pescador serves you. Let’sLet’s explore these options in detail, shall we?

What Is El Pescador?

As mentioned before, El Pescador is a Mexican restaurant chain that started way back in 1983.

El Pescador’s history began in Mexico when Carlos put a ring on Isidra Ortiz. The pair then gave birth to eleven sons over twenty years, and their family grew in size and warmth. In the early 80s, the eldest son, Manuel Ortiz, shifted to Los Angeles, California, with a dream to bring Mexican food to the States.

In 1983, the entire Ortiz family had moved to the United States, and together they opened a small Mexican restaurant, El Pescador, in Bell Gardens, California. With time, the Ortiz family grew in number, and so did El Pescador.

They are now found in several locations across the United States, where they serve mouth-watering, authentic Mexican food. With time, the restaurant chain was passed on across generations within the Ortiz family.

El Pescador started as a small neighborhood restaurant in the 80s and gradually made its way across the United States. Today, they are one of the most prominent Mexican cuisine restaurant chains in the US, with chains across America.

What Are The Vegan Options At El Pescador?

El Pescador has a wide range of Mexican dishes, including fajitas, burritos, tacos, Mexican curry rice bowls, and more. Every dish of theirs has an authentic Mexican touch to it, which leaves you craving more after every bite.

But if you are a vegan and are worried that you won’t find any dish for yourself, worry not! El Pescador caters to their vegan customers as well. They have many vegan-friendly Mexican dishes that you try out.

Let’s dig into their menu and find out more about these vegan dishes.

The curried coconut vegetables is a royal dish flavored with coconut milk, a vegan milk product, and many lip-smacking veggies. The rice used is vegan-basmati rice. You can ask them to change the veggies according to your liking.

Pasta With Beans And Tomatoes

When you ask your server for kinds of pasta, ask them specifically to use vegan pasta. El Pescador’s Pasta with beans and tomatoes has their authentic Mexican flavor induced in the dish while making it vegan friendly.

You can also ask for other vegetables instead of tomatoes. If there are any other plates of pasta you like, you can ask the staff to make it vegan for you by switching chicken pieces with tofu or other veggies.

Other vegetables you can request for in your pasta include:

One of the safest options for vegan dishes is to go for stir-fried vegetables and Mexican rice. Ask your server to make sure it is vegan, including the vegetables, the curry, and the rice.

In El Pescador, you can always request your server to make any dish of your choice vegan-friendly. You can also ask them to add or subtract vegetables according to your taste and preferences.

A few vegetables that you can include in your stir-fried veggies are:

If you are looking for the perfect Mexican dish which satisfies your vegan tummy, the stuffed bell peppers with spinach, raisins, and pine nuts are the best choice!

If you are allergic to raisins or pine nuts, you can ask for other vegan nuts and dry fruits in your dish.

This dish contains only onions, spinach, raisins, nuts, and bell peppers. It is made in vegan oil with vegan spices. Without any animal-based ingredients, this is one of the tastiest meals you can have at El Pescador.

If you are El Pescador and are craving a vegan salad, then you can request your server to make you a custom-made vegan salad and give it the El Pescador twist with spicy vegan sauces, refried beans, and bell peppers.

A few vegan salad dressing options you can ask for include:

For toppings, you can go for any of the following options to make your salad more flavorful:

El Pescador has the best vegan pizza for you if you love pizzas but find it challenging to get vegan pizzas that use vegan cheeses. As it can be custom-made, you can ask the server for specific toppings and veggies.

Be assured that this dish is cent percent vegan and will give you the authentic El Pescador taste at the same time.

Just make sure that you are careful with the cheese you choose to be on the safer side when you order your pizza. If you tell the server that you are vegan, they will be double careful while prepping your dish.

Your vegan-friendly pizza can have any of the following toppings:

Let’s talk about the typical, famous Mexican dishes- tortillas, enchiladas, and tacos! If you whiz past the El Pescador menu, you won’t find any vegan options in these dishes.

However, you can ask your server to make you completely vegan-friendly tortillas, tacos and enchiladas with vegan dressing, vegetables, tofu, and other vegan ingredients.

You can request them to make your dish with ingredients like:

No meal is ever complete without beverages. You can wash down the spicy Mexican food with vegan-friendly beverage options available at El Pescador. Here’s a list of drinks you can go for

Even though El Pescador offers a plethora of vegan-friendly Mexican options, there are certain dishes on their menu that you must avoid if you are on a strict vegan diet.

Even though this sounds very vegan friendly, it contains dressings and sauces which are not vegan, so do not order this.

The word is very misleading and is a dish you should steer away from if you are a vegan. When we say soups, we don’t mean all soups. Sope Combos have thick masa shells with either shredded chicken, shredded beef, or carne asada steak.

Even if you go for a vegetarian option, the masa shells are not vegan-friendly.

You now know all the vegan options you can try at El Pescador.

El Pescador has been serving Americans delicious Mexican food for decades. As times change, they have become more inclusive of their customers who prefer vegan variants of Mexican food.

Without missing out on the signature El Pescador flavor, you can go for the vegan options. They are equally delicious if you are in the mood for some fantastic Mexican cuisine.