What Are The Vegan Options At Yolk? (Updated Guide) 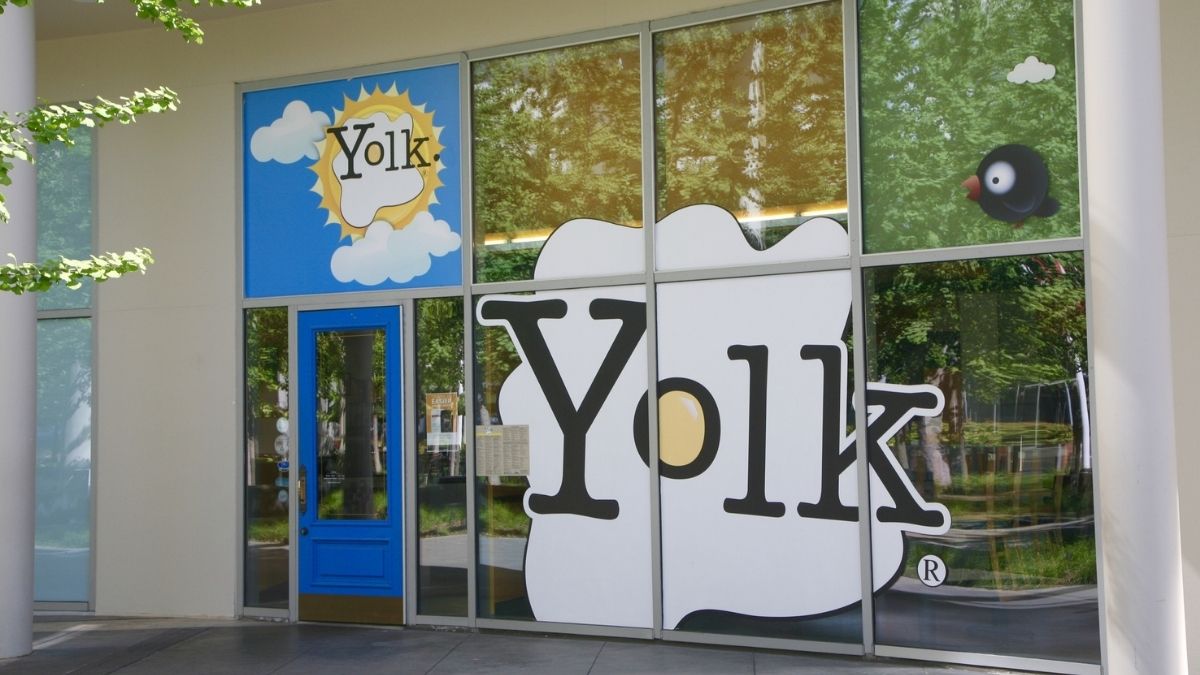 Yolk is a popular restaurant known for its yummy cuisine for breakfast and lunch items. Whether it is a warm sunny day and you want to start your day with a heavy breakfast meal or a lazy afternoon, and you want a snack for lunch, Yolk has got your back!

Yolk has several dishes lined up on its menu. It is a vast number of choices when it comes to their menu. However, you’d see minimal vegan items for the dedicated vegans out there. Whether healthy oatmeal or protein-rich vegan items, Yolk has a few dedicated vegan items with customization options.

Don’t be mistaken for the name ‘Yolk’ as there’s so much more to it than just eggs. From French toasts, waffles, pancakes to mac and cheese, benedict dishes are the various vegan or accidentally vegan options for you. So, let’s get you acquainted with the restaurant and the vegan options at Yolk.

Yolk is all about great food and fantastic customer service. Taki Kastanis founded the Yolk in Chicago in 2006, and the restaurant is still up and running, famous for its breakfast and lunch food items.

However, that is not where the story began. Kastanis belongs to a hard-working family where his parents owned 10 family-oriented restaurant businesses. Teenager Kastanis worked after-school hours, and slowly at 20, he took a break from school and started his breakfast and lunch venture.

But he soon sold it and left for the University of Illinois to get his real estate license. But with the restaurant business in blood, he couldn’t stay away much longer and returned to the pavilion at age 24. He bought a northwest suburb restaurant in Chicago, established it, later sold it, and curated his concept of the Yolk.

And the Yolk you see now is the result of his hard work, plans, and dreams that came to reality. So that’s how they started the Yolk in 2006 in Chicago with chains in Illinois, Texas, Florida, and more.

Even today, Yolk remains intact with their name, fame, and glory. They believe no good food is good until you have a wonderful service to offer.

Keeping such beliefs at heart, you can expect the team to fulfill your vegan food requirements. So, even if the name is Yolk, the restaurant has a lot to serve you as a vegan.

Yolk makes food in its creative style with several breakfast items, juices, and premium coffee labels. To know more about the vegan options at Yolk, keep reading till the end!

How Vegan Friendly Is Yolk?

Got fooled by the name, did you? Well, don’t be. Yolk maintains absolute transparency regarding the food measures they take while preparing their customers’ orders. They want you to know that even though they have gluten-free, dairy-free, or in other words, vegan items, all of them are prepared in a kitchen with non-vegan items.

However, if you do not have issues with a kitchen that uses these items, you would have no regrets eating at Yolk. They implement the best practices to ensure you get the exact taste you are looking for. Want to know something more interesting? They also have a system of customized orders!

Now, many of you might still not be convinced that a restaurant named Yolk would actually have any vegan options available. It turns out they really do! Here are some of the vegan options at Yolk you would love to taste, and you prefer some yummy ones to your tummy.

Various options can captivate you in this section of the menu. You have the Banana Nut Bread French Toast. All you need to do is ask them to cook you a vegan meal here and remove the nuts (if you don’t prefer them), and avoid eggs. You will create yourself a wonderful and delicious meal.

Some vegans prefer to omit nuts from their diet. But you should know that they are healthy and delicious. And vegan! One such good alternative at Yolk is Nutella Crepes. You would savor every bite you take!

Toasts make great sweet dishes. But you need to exclude the egg for veganism. And guess what? They are still pretty good. For toasts, you have more options like Very Berry French Toast, Red velvet French Toast, and more. Only, get rid of the dairy and gluten products.

Few of the dishes from the “Oatmeal and Yogurt” section of the menu at Yolk have some vegan options for you. Also, oats are healthy and gluten-free if you like them.

Steel Cut Oats and Crunch Berry Oatmeal are great vegan healthy dishes to start with. You can also order yourself some Yolk Berry Bliss. Ask them to make it vegan. Yolk doesn’t necessarily mean including eggs only.

The soup uses egg white. True. But it is also possible to make soup gluten-free and 100% vegan by dipping in ingredients like veggies or vegan corn flour.

Bowl of Chili or Grilled Portobello Salad is two delicious cuisines that are accidentally vegan and will be served onto your plate completely vegan as you like it.

Other Baby Kale Salad is also something you must try. It is vegan and, at the same time, healthy for your diet.

Build Your Own Meal

While you can order yourself some customized items cooking up a meal according to your liking, Yolk offers you options even in the customized orders category.

Yes, that’s right! They have options for eggs, to be precise. However, you can also cook up some choices of your own to make yourself a meal as you would love.

For instance, a breakfast meal with French Toast with some Crunch Berry Oatmeal would help make up for a happy tummy. It is also full of proteins which are good for the health as you start the day.

Beverages Can Be Vegan Too!

Did you think that drinks cannot be distinguished as vegan or non-vegan? Well, if you did, you were wrong. Several options among beverages make them suitable or unsuitable for vegans.

At Yolk, they have their unique label of premium coffees. What you can do to have a taste of their premium coffees is take it without milk. You’d be drinking a cup of coffee and still be vegan, without a doubt.

You will also find a range of other options, such as Oat Milk Horchata and Cold Brew Latte. These options are only for you when you have no issues with milk. Or, you can ask them to customize it for you.

Several add-on options, such as chocolate, peanut butter, etc., are also available in various forms. While some include dairy products, others don’t. You can order the ones that do not contain dairy products and are gluten-free.

Yolk surprises you with a separate menu for kids. Kids tend to have a different choice of cuisine. More so, when it comes to veganism, you need to cook up something healthy and delicious. It makes kids eat without complaining.

French Toast Sticks, Happy Cakes, and Mac and Cheese from Yolk’s menu are some of the favorites among kids. They are accidentally vegan items and are delicious too. Beginning a kid’s day with such a healthy, delicious meal will keep them energetic throughout the day.

Other options from the Kids Menu belonging to the vegan category are S’mores Pancakes and Oreo Pancakes. First, kids love pancakes, and second, they’d love the specially made vegan recipes at Yolk. You won’t hear your kid complain. And isn’t that the best?

For those who’d like to try other options, there are plenty of vegan restaurant alternatives to Yolk. Some of them are mentioned in this section.

As appealing as the name of the restaurant, their food is also exceptional. At The Spots, you get plenty of vegan delicacies to suit yourself.

If you plan on organizing a big celebration, but you and your guests prefer vegan food, Brass Heart is the best place to be. Not only do they have a limited seating area for private parties, but they are also reasonably priced. Additionally, the vegan options here are simple enough to complement your party.

It is among the most popular places in Chicago. It often stays crowded at all times. But the advantage for you here is that they have several vegan options for you. Plus, the Lakeview only adds to the mood while you’re munching on that vegan sandwich and chatting with your best friend.

Yolk is a lovely restaurant for those who prefer to have a delicious meal at breakfast. If you ever plan on breakfast dates or want to chill out with friends, Yolk would complement your time with the best breakfast meals from their menu.

The best part is that whether or not you are vegan, they have a range of dishes for both categories of customers. Moreover, the customized orders make you want to eat at this place even more.

Plus, they make simply great food!