Going vegan is not about perfection or some fad. It stems from a concern for cruelty to animals promoting health and well-being besides environmental protection. Swedish Fish are hot potatoes, well fish-shaped candy which has quite got Americans hooked.

Some factoids. It is the 10th most well-loved movie theater snack and the 19th most-liked Halloween treat. One state, Louisiana, tops the all-time sales record for Swedish Fish. If you are a trivia hunter, Justin Bieber gets tizzy with them. They come in regular sizes and also as miniatures. The colors are assorted, but the classic red tips the popularity stakes.

Piggy-backing on the success, Giant Fish TV adverts followed and then came along the YouTube mini-series, which follows the capers of four friends and a Giant Swedish Fish sharing an apartment. Let’s take a closer look at these magical tinny-winny mouth smackers.

Are Swedish Fish Actually From Sweden?

Sure they are. The word “Swedish” is embossed on one side. First produced by a company called  Malaco, a Swedish-based confectionery. Originally called “pastellfiskar,” in Sweden, which translates as pale-colored fish, their popularity hit the roof right from go. They don’t look all that pale, but that is another yarn.

They hit the US shelves in the 1950s. Swedish Fish essentially is a wine gum, gelatin-free candy. So let’s not take off with jokes like ‘drink like a fish.’ They contain no alcohol or wine whatsoever. It is a candy term and a staple in any cookie jar. Now they are made and marketed by Mondelez, a Canadian firm. In America, Cadbury-Adams markets these delightful tasty bites.

Swedish Fish are gummy sweets and, according to PETA, are completely vegan-friendly. They would fall into the category of starch jellies. A firmer gummy candy if I may call it. They have a unique chewy flavor. Originally they were all of one color; red. Swedish Fish is now available in different colors, such as orange and Lemon-lime. The green ones are actually pineapple flavored, while the yellow ones are lemon-lime.

Back in Sweden, a black-licorice flavor is available. Black licorice contains gelatin. Gelatin is obtained from animal tissue, bones, and so on. It is certainly not vegan-friendly.

The original taste of Swedish Fish is lingonberry; a European berry, also called cowberry. It is used in cooking and making jams and preserves. In America, this taste is confused with cherries. They are stickier and a great deal less rubbery than gummy bears. 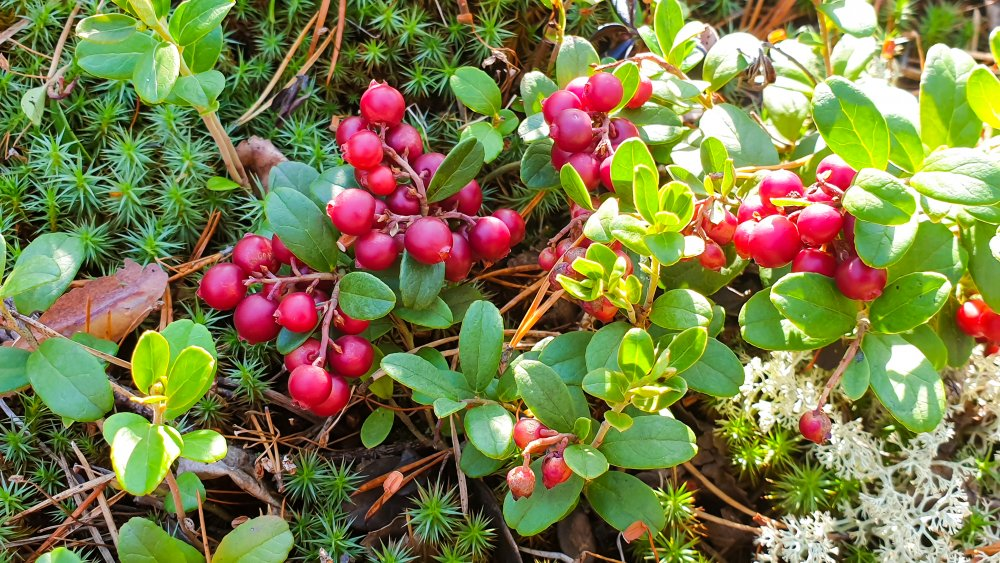 When presented with red candy, which is the common color of a Sweden Fish, most people jump to it that it must be cherry, strawberry, or possibly raspberry. The taste has kept consumers scratching their noggins. Fruity surely, maybe a fruit punch. Americans are satisfied with this and continue enjoying it.

Why Do They Call Them Swedish Fish?

In the first place, why the fish-theming? Why not Swedish Reindeer or Geese? Fishing is a lucrative industry in Sweden and figures strongly in their culture. The makers of Malaco, in a fit of creativity, thought it apt to promote their confectionery modeled as a fish. A star was born.

Eventually, as destined, they swam across the Atlantic around 1950, where American consumers got their first taste and were pretty much bombed. Cult status followed soon. The humble Swedish fish had arrived in the New World.

What Ingredients Are In Swedish Fish?

Invert sugar is especially important because of its ability to retain moisture. Fructose is highly soluble, retains more water, and does not crystalize easily. This is important for longer shelf life and not spoiling. The cornstarch is to bind and shapes them. This, along with a coating of mineral oil on the tray, prevents them from crumbling and gets that glaze going. The Carnauba wax gives a waxy texture. Citric acid having preservative properties gives a boost to shelf life.

Swedish Fish That Come in a Peg-Bag

Swedish Fish also comes in a peg bag, which is that it has a hole at the top. The ingredients are sugar, invert sugar, modified corn starch, corn syrup, palm kernel oil, citric acid, Carnauba wax, coloring agent Red 40, and Beeswax. Beeswax is animal-derived and not vegan.

As a Vegan What Are the Ingredients I Need to Look Out For?

This is a controversial ingredient as refined cane sugar is treated with bone char to make it white. The sugar does not contain any bone char particles, but the process excludes it as a vegan.

Sugar is a water-soluble carbohydrate. Types of sugars are fructose, lactose, sucrose, and so on. For this article, we will stay confined to table sugar or sucrose. This comes from sugarcane or sugar beets as they are naturally high in sugar concentration. The less common sources are date and coconut palms.

The vegan issue pops up during processing. It’s worth a closer look. Beet, coconut, and date sugar are vegan. The issue lies with cane sugar, which after refining is brown in color. Hence the need to make it white by running it through a decolorizing filter that is natural carbon.

Natural carbon is almost always bone char which is an extract of animal bones heated at high temperatures thus reducing them to carbon. Sugar that is whitened by this process is hands-off for vegans.

The Merits Of Cane Sugar

So cane sugar that is labeled organic, unrefined, raw, or natural makes the grade. It is vegan.

Palm oil and palm fat are controversial vegan products. Not that they contain any animal derivatives. Palm oil cultivations harm the environment. Huge swaths of rainforest are cleared in Asian countries, which by itself is a devastating undertaking. Again they are chopped down when they grow high, losing the greenhouse gas sequestering abilities.

The cut palms are further put to torch emitting huge amounts of greenhouse gas. Palm oil cultivation affects orangutans. Their resources and habitats are being systematically destroyed. Vegans have been particularly successful in their efforts here. Organizations like the Roundtable on Sustainable Palm Oil and GreenPalm have closed ranks for this cause.

And black flavored licorice, called “salmiek,” is pretty popular in Nordic countries but drew a blank in the US though it was introduced for a short spell. Americans didn’t quite dig this over-exotic flavor. It is spiked with ammonium chloride. It has mild toxic effects but is vegan.

Artificial and Natural flavorings are seldom animal base, coming from plant sources as a rule. Coloring is a different ballgame. They are a controversial area for vegans as often they are tested on animals. Carmine is strictly hands-off as it is derived from bugs. I suggest that there is no substitute for going through the label with a keen eye.

In 2009, the Pennsylvania-based ice-treat chain Rita’s Italian Ice introduced this new chop-licking flavor into her line. This became quite a hit with Swedish Fish fans. In quick time, other companies jumped onto the apple cart. Oreo released their version of a Swedish Fish Oreo and Trident with their Swedish Fish Gum.

So let’s get to the actual question at hand. Are Swedish Fish vegan? Without sounding iffy, I find only one possible answer. Sure they are, except those that contain beeswax. Swedish Fish is a phenomenal product. Unlike the traditional fermented herring favored by Swedes, it has the western world in raptures, which has a hair-raising smell. It had to be banned on many airlines because of smell apart, the tins could explode when pressurized—hats off to our gummy Swedish Fish candy. A swell trade, anytime.

Daniel B.
A food lover and everything that is connected to that. He enjoys writing about his passion and loves sharing with his readers. Daniel works a 9-5 job at an accounting firm but loves blogging to relax after a long day at work.