What Are The Vegan Options At Papa John’s? (Updated Guide) 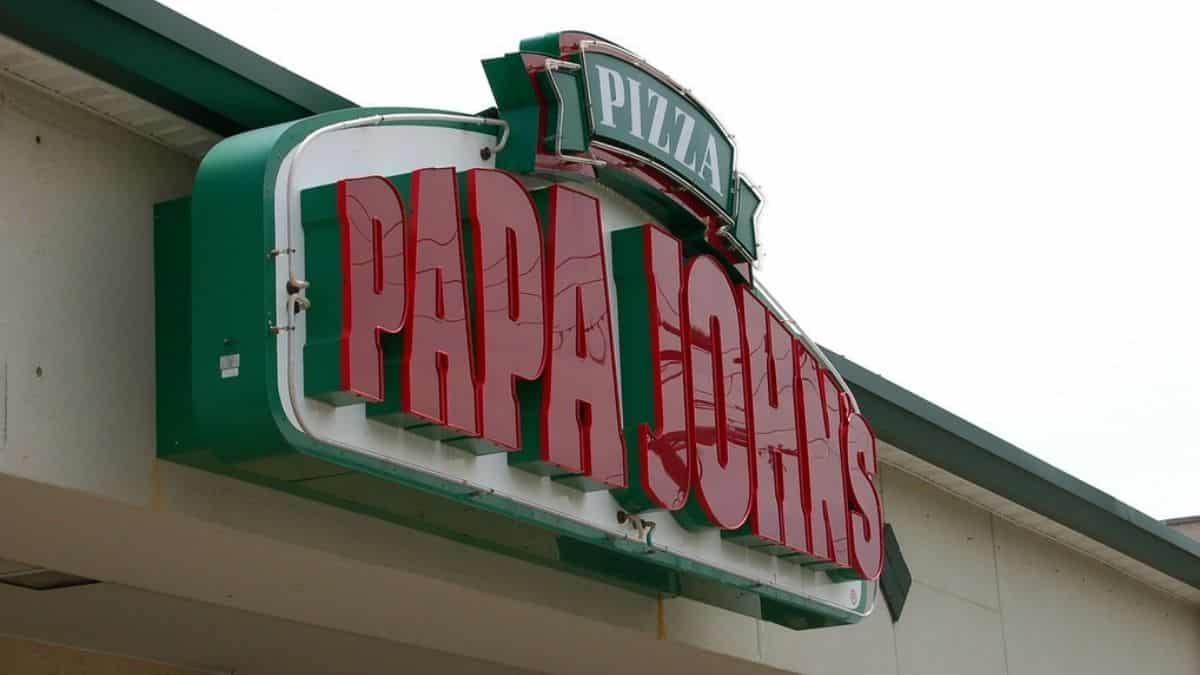 Papa John’s is the fourth largest pizza delivery chain in the US. However, Papa John’s introduced vegan options much after its competitor chains did. Vegans need not worry as it now offers some of the best options among pizza chains.

At Papa John’s, the dough and sauce are vegan. You can opt for breadsticks with sauce and many cheeseless pizzas. You will find the pizza sauce, barbeque sauce, and garlic dipping sauce are vegan as well. They also offer many vegan beverages.

If you are a vegan and want to eat at Papa John’s, you can try the foods and beverages discussed below.

Pizza dough is a vegan option at Papa John’s. However, you will have to make the right choice for it to be a fully vegan option. Many crusts here are made of a mix of non-vegan and vegan dough.

The fully vegan option is the original hand-tossed dough. Choose this as your base, and you will be making a good start. It is made of unbleached enriched wheat flour, sugar, water, salt, soybean oil. The yeast has no animal derivatives in it.

No L-cysteine is used in the pizza doughs. Further, cheese is neither dusted nor baked into the crust of the pizza.

While the thin crust may seem tempting, it contains milk. The gluten-free crust option is made of milk and egg yolks.

There are two pizza sauces on the menu at Papa John’s that are vegan. These are the pizza sauce and the BBQ pizza sauce.

The pizza sauce is made only of vegetables. It contains vine-ripened fresh tomatoes, sugar, salt, sunflower oil, and extra virgin olive oil. Among the spices are basil, oregano, and black pepper. No animal fats are used in the sauce.

The BBQ pizza sauce is also vegan. You can opt for the original hand-tossed dough and top it with these pizza sauces for a customized vegan pizza.

You can complete your pizza at Papa John’s by opting for the toppings you prefer. By customizing it, you can rest assured that your food is indeed vegan. Here are the available vegan toppings:

Here are some of the vegan sauces offered at Papa John’s:

Along with the sauces above, you can opt for the vegan seasonings. Top your pizza or season your breadsticks with the special seasoning packet and the crushed red pepper packet.

The breadsticks are a great vegan option at Papa John’s. They are dry breadsticks, and you can add any of the sauces and seasoning outlined above. The original breadsticks are the standard vegan choice.

If you don’t want to customize your order, this is the option you should pick. However, Papa John’s also offers garlic parmesan breadsticks. These are not vegan and contain milk products in them.

The choices of vegan beverages at Papa John’s are not too many. If you find yourself in need of a drink, you can opt for the options below.

Papa John’s does not offer any vegan ready-to-order pizzas. However, you can pick the garden fresh pizza. This pizza is covered with vegan pizza sauce. Over this are toppings of green peppers, onions, ripe black olives, and baby portabella mushrooms.

You will also find Roma tomatoes that are freshly sliced. However, the vegetarian version has 100% real cheese. For the vegan option, you can order the garden fresh pizza without the cheese.

Vegetarians can also enjoy the spinach Alfredo pizza. However, it is not apt for vegans as it contains garlic parmesan Alfredo sauce. Instead of this option, you would be better off getting a customized pizza.

Is There A Vegan Cheese Option At Papa John’s?

No, there is no vegan cheese available at Papa John’s. The most-used cheese here is mozzarella. It contains pasteurized milk, whey protein concentrate, and other ingredients that make it unsuitable for vegans.

PETA Recommended Meal You Can Get On the Road

According to PETA, you can opt for a vegan meal at Papa John’s if you are on the road.

Small alterations in the pizzas can go a long way for vegans. The PETA employee who tried the same said that the staff at Papa John’s are friendly about the vegan customizations. In addition to this, here are a few other places where you can get vegan food on the road.

Can I Order Any Other Sides?

Unfortunately for vegans, the only side available is the original breadsticks. The other options are the following:

You won’t find dessert choices at Papa John’s if you are a vegan.

A whole-food plant-based diet is very beneficial and can help reduce the risk of certain types of cancer. It also has many other health benefits and is a great option to manage diabetes and prevent cognitive decline.

However, you will not find foods that fit this diet at Papa John’s. There are no options that come without sugar, processed white flour, and oil. There are no fruit sides or salads on the menu, either.

The original crust is a vegan option, but it contains processed wheat flour and sugar. It is also full of high omega-6 oil because of the soybean oil added to it. If you really want whole foods that are vegan, you will have to order some toppings.

It is not even close to an ideal order. The pizza sauces also contain sugar. However, you can opt for the regular pizza sauce to make a slightly healthier choice. While you can get a decent vegan meal, there are no whole foods available.

The key reason that Papa John’s is an excellent vegan option on the go is that it allows you to customize your food. You just have to omit the cheese, and you can eat a filling vegan meal. However, there is a lot more that can be done to bring more options to vegans.

With the increasing awareness about the environment, customers are bound to demand more. In addition to vegan options, whole food additions are also necessary.