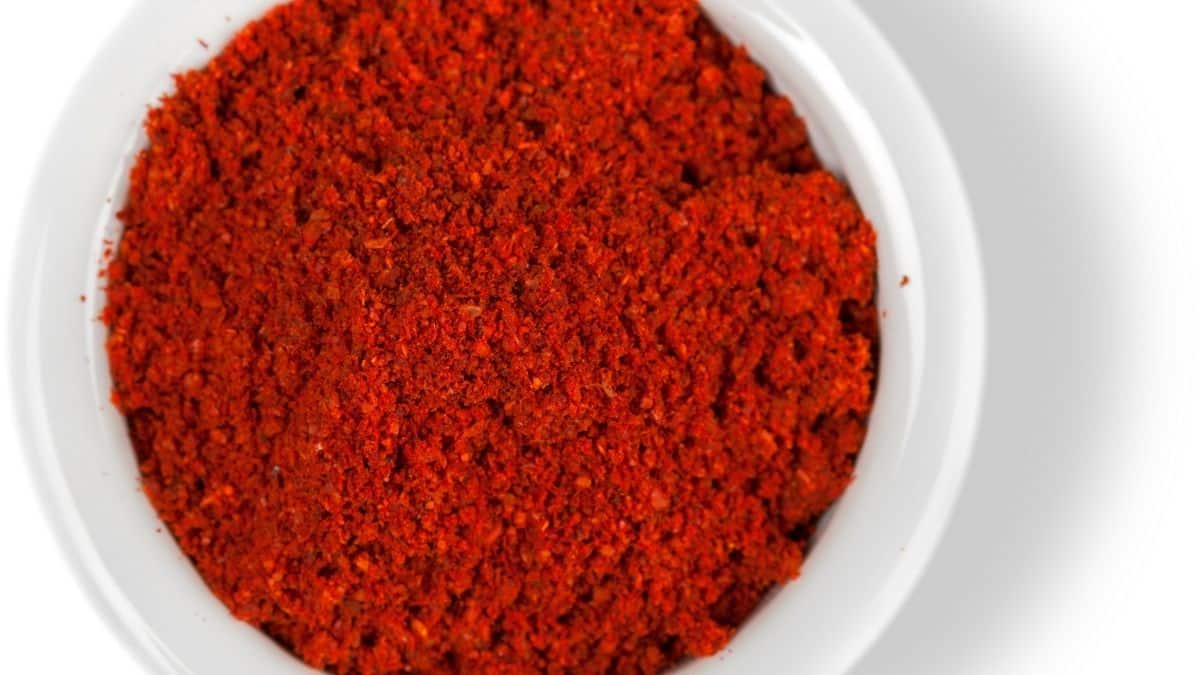 If you have the habit of checking the ingredient label before purchasing any product, you have probably come across the name Red 40. This coloring agent is extensively used in today’s retail manufacturing, not just in food items but also in cosmetics and skincare products.

This dye is commonly mistaken for another red-tinted coloring agent called carmine, made from the crushed shells of an insect called cochineal beetle, native to Central and South America.

Red 40 is not the same as carmine, and therefore it can be used and consumed by vegans. To understand all the different aspects of Red 40, you have to continue reading this article below.

Red 40, also known as Allura Red, is a coloring dye certified by FDA. It is used mainly in many red-colored products you can see in supermarkets or departmental stores, such as candies, cereals, sports drinks, and sometimes in lipsticks, lip balms, and other cosmetic products.

Red 40 is sourced from coal tar and petroleum. It contains a mix of aromatic hydrocarbons with toluene and benzene. It belongs to the azo dyes family because of two nitrogen molecules forming a bond at the center of its chemical structure. Yellow 6 is another azo dye commonly used in food products.

Because of its petrochemical source, Red 40 can be considered vegan. However, that does not mean it is entirely cruelty-free. It has also been questioned by various quarters of the nutrition world for having serious health concerns.

Red 40 Lake is the water-soluble version of Red 40. They more or less have the same components, except Red 40 Lake has aluminum hydroxide. The non-solubility of Red 40 Lake makes it an ideal pigment to use in products where bleeding, smudging, or washing off of color can be a risk.

Therefore, Red 40 Lake is occasionally used in consumables but more significantly in cosmetics and personal grooming products. Sometimes it is used in the colored inks for tattooing. Despite the long list of potential health risks, Red 40 Lake is also used in pills and capsules.

As mentioned before, Red 40 is vegan, and no animal products are involved in its manufacturing. However, the entire process undertaken before Red 40 makes it to the shelves might not be cruelty-free. There have been multiple news in the past of Red 40 being tested on animals, which might cause concern for vegans. There are numerous reports of Red 40 tests on rats and mice over the years. There is a 2017 report on bovine testing as well.

The abstract of a 1983 study by CV Vorhees states that the Red 40 dye caused neurological toxicity in rats at administering doses of up to 10 percent of their everyday diet.

Most of the animals that undergo Red 40 testing are made to ingest large amounts of the dye, like in the report mentioned above. Alternatively, they are injected with the dye intravenously. Either way, the animals are exposed to the harmful effects of Red 40 for the sake of human consumption.

The animals which do not pass away or are not euthanized undergo further testing of their behavioral traits, and in some cases, their organs as well.

Is Red 40 Safe For Consumption?

The currently manufactured specimens of Red 40 do not present a critical health concern, according to several organizations such as WHO, FAO, and EPA. The acceptable daily intake or ADI of Red 40 is 3,2 mg per pound or 7 mg per kg of one’s body weight, according to Healthline.

If the consumption of Red 40 is kept under this limit, it should not pose any threat to you. However, children tend to consume more Red 40, as they are the most common consumers of products that extensively use Red 40, such as candies and colored drinks.

With lesser body weight and higher consumption rate, Red 40 can cause specific health problems in children. Even though FDA ranks Red 40 among the nine approved color additives, several reputed sources disagree that the dye is completely harmless and safe. Center for Science in the Public Interest says that Red 40 can cause allergic reactions in some people and also lead to behavioral anomalies in children and young adults, such as ADHD and hyperactivity.

Certain scientific tests that have been done on rats previously have also shown the development of autoimmune tumors. Rats also showed a reduction in their reproductive abilities after consuming Red 40 as 10 percent of their everyday food intake. Another study on rats has revealed the risk of permanent DNA alteration as a result of Red 40 consumption.

One of the ingredients present in Red 40 is considered a carcinogen by the US Department of Health. Red 40 contains P-Cresidine, which can potentially increase the risk of cancer.

While it is true that having Red 40 as part of marketed products in small amounts should not do much harm, these studies are evidence that the contrary can also be true. Given the fact that Red 40 is among the most-consumed food color additives in the US, there is a possibility that the health concerns rising from the components of Red 40 will only increase in the future.

Whether or not Red 40 is dangerous on a large scale is still debatable. However, it has adverse effects on some people.

People who have experienced allergy after consuming Red 40 develop rashes as the first symptom. They can occur on the face, neck, and arms. It might also lead to angioedema, which is swelling beneath the skin.

If you are intolerant to food additives, then consuming Red 40 will lead to diarrhea and stomachaches. An allergy usually accompanies it.

If you develop an allergy from Red 40, it is most likely to be accompanied by a sore throat and itchy nose as well. You might even hear a wheezing noise while breathing because of the allergen particle in the dye. This type of symptoms can be very easy to confuse with regular cough and cold from flu. That is why knowing whether you have consumed Red 40 or not is essential.

Whether you want to believe in the health concerns or not, it is always the right thing to know what you are consuming.

If the bottle or container is transparent and you can see through, notice if the product’s color is excessively red. In that case, Red 40 is the reason in 90% of cases. But to be sure, you should also check the label. Since Red 40 is neither an animal-derived ingredient nor an established allergen, you might have to read the fine print to see if a product contains the additive or not. The different names that Red 40 can be identified as:

To be more cautious about spotting products with Red 40, you need to know which ones have color additives in their composition. Sometimes, the products we do not notice have added color in them might also have.

Here are some products and some popular brands that self-admittedly contain Red 40 in them:

You already have the answer to your initial question – Red 40 is an entirely vegan ingredient. But the question remains, whether you can have it in your food without guilt or harmful consequences.

With a bit of research, you will find brands in the market that use actual organic ingredients such as extracts of strawberry, raspberry, cranberry, or beet to bring the red color to their products. You can choose them instead of Red 40.