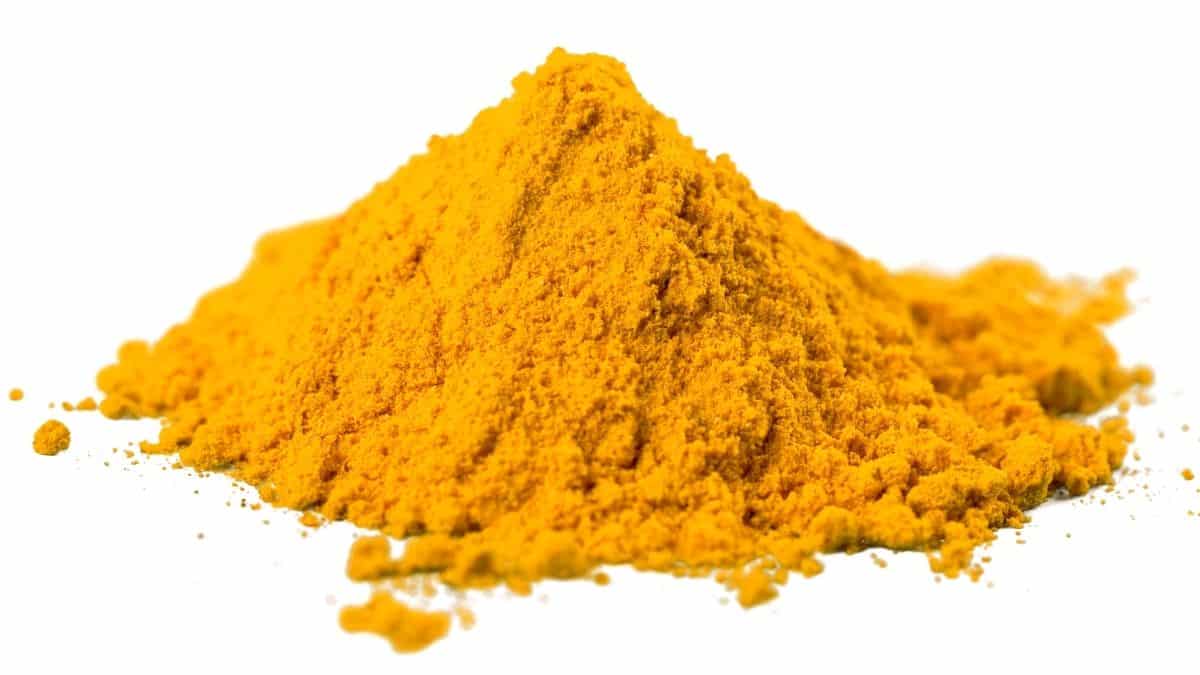 Answer: Yes. Yellow 5 is a vegan food product. To be precise, it’s a food additive used in many food items for coloring purposes. Since it’s prepared artificially from petroleum, it’s all vegan.

Food additives are always under scanner for being harmful to our health. And that’s not an exception for Yellow 5, also known as Tartrazine or FD&C Yellow #5.

Yellow 5, and food additives in general, make our food aesthetically appealing. But they do come with their own set of disadvantages and risks. But on the veganism front, they’re entirely vegan since they do not involve any animal produce.

What Is Yellow 5 And How It’s Made?

Yellow 5 or Tartrazine is an approved food coloring agent that food manufacturers use to dye dosage forms. It’s called yellow because it imparts a lemon-ish yellow color to the food to which it is added to. Therefore, you might also hear the phrase synthetic lemon yellow. Yellow 5’s use is not only limited to food. After being approved for food use, the additive was subsequently used in capsules, tablets, antacids, and many other cosmetic items.

The use of Yellow 5 is approved by the US Food and Drug Administration or FDA as long as it meets their specifications.

One of the specifications is that all food items, cosmetics, and drugs must bear Tartrazine’s label as a dye. Yellow 5 is made synthetically from byproducts of petroleum through a series of complex chemical reactions.

The final product is an azo compound with the chemical formula C16H9N4Na3O9S2. So besides nitrogen, carbon, and hydrogen (the compounds found in natural dyes), you have oxygen, sulfur, and sodium as additional chemicals.

While Yellow 5 is approved for use by the FDA, several studies have pointed out the risk of using the additive.

Furthermore, different regulatory bodies have their own opinion on the use of Yellow 5 in food.

One of the groundbreaking research on the yellow additive came in 2007. In that study, the researchers linked certain AFCs or Artificial Food Colors to hyperactivity among preschool and school-aged children. Following these findings, the Food Standards Agency of the European Union marked few AFCs are unsafe for children. These included Yellow 5, Yellow 6, Red 40, Ponceau 4R, Quinoline Yellow, and Carmoisine.

In the products that contain Yellow 5, the EU’s food safety agencies have made it mandatory to include a warning label. This should state that Yellow 5 may cause an adverse effect on activity in children.

A study in 2015 aimed at studying the interaction of white blood cells with the Yellow 5 revealed something significant.

It found that exposure to Yellow 5 didn’t have any effects on the WBCs immediately. But when tested over some time, it damaged the DNA to a certain extent. After three hours of continuous exposure, Yellow 5 was damaging the white blood cells in every concentration.

The research further revealed that the cells became irreparable when exposed to a higher concentration of Tartrazine. This makes a perfect spot for tumor cells to develop and grow. Since the gastrointestinal tract is directly exposed to Yellow 5, the tract cells are more vulnerable to cancer. The colon metabolizes most AFCs. This can lead to colon cancer as well.

But one reason this research has not prompted the FDA to ban the use of Yellow 5 is that the study was conducted in isolated cells and not in the human body.

Tartrazine is known to cause many adverse reactions when consumed. This includes hives, angioedema, asthma, atopic dermatitis, and food intolerance.

But the studies have been either insufficient or conducted only on rats to be anything of significance. That’s why we still have Yellow 5 imparting our food products with the yellow color.

Without any conclusive research, it’s highly unlikely that the additive will be restricted for use.

Tartrazine has been in use since 1969. It is currently in use in many food products that you might be consuming.

But the most famous use of Yellow 5 is perhaps in the Mountain Dew soft drink. In the late 1990s, Mountain Dew was introduced to the general public. It was easily distinguishable from the regular coke and caffeinated beverages that dominated the scene. The Mountain Dew had Yellow 5 added to it that provided the neon yellow color. Its bubbly and fruity taste also helped the beverage differentiate itself from the competition.

Other food items where you may find Yellow 5 added are:

Since most products are required by law to disclose their ingredients and additives, you can check for the label if Yellow 5 is included.

How To Decrease Yellow 5 Consumption?

If you’re concerned about the consumption of Yellow 5, then by taking a few measures, you can lower its intake.

The first thing is to look at the label and check if Yellow 5 is one of the additives. If yes, you can avoid the product altogether. Besides Yellow 5, you should also look for other AFCs like Blue 1, Blue 2, Green 3, Yellow 6, and Red 40.

To get the same yellow hue in your food, you can use natural food alternatives. Some recommended options are carmine, paprika, beetroot extract, saffron, and carrot oil.

You shouldn’t be worried about Yellow 5 or Tartrazine being a non-vegan product. It’s prepared from petroleum byproduct and hence is entirely vegan.

As long as FDA recommends it, it’s safe for consumption as well. But it’s best to limit its consumption and turn to natural alternatives instead. 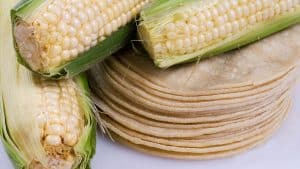 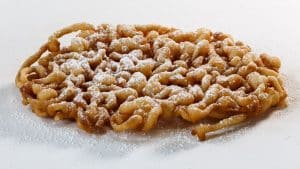 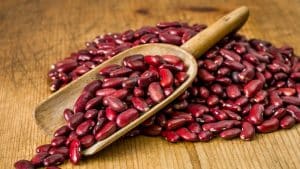 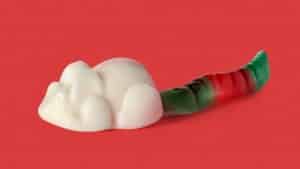 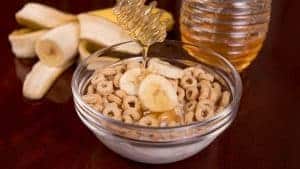 Shy off from Honey Nut Cheerios, as while they mainly contain friendly whole nuts, they include non-vegan ingredients such as white sugar.