What Are The Vegan Options At Arby’s? (Updated Guide) 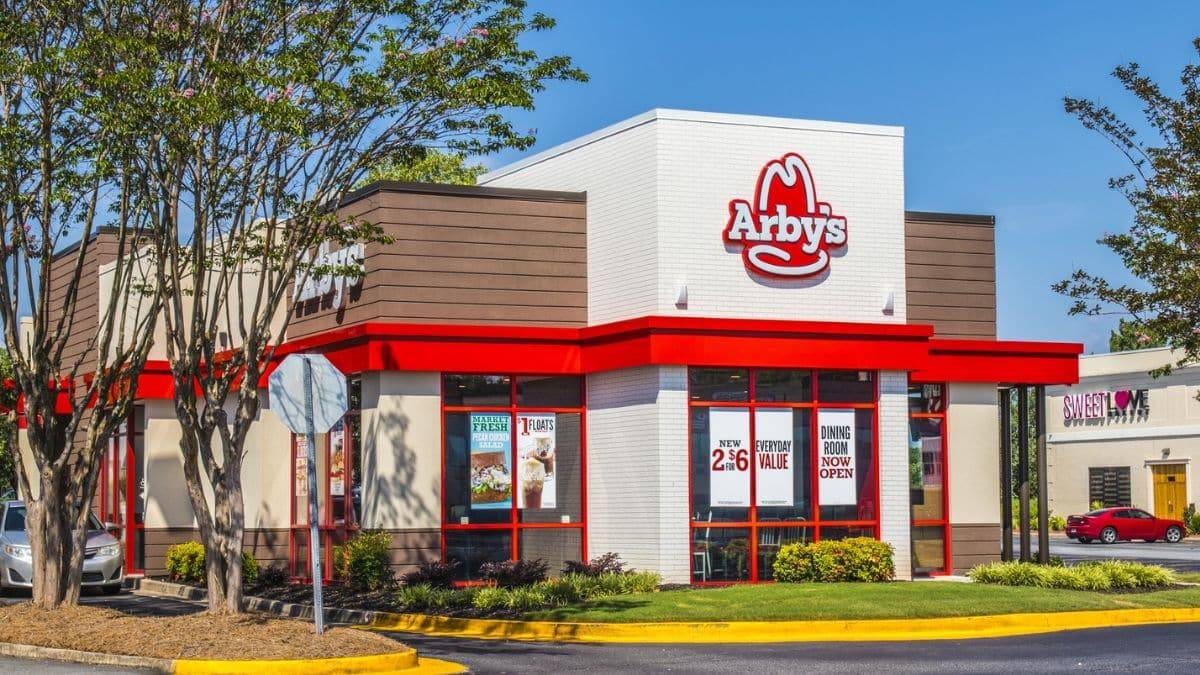 Arby’s isn’t a vegan-friendly restaurant to consider. They do have a few vegan side dishes to choose from, but nothing wholesome. So, if you find yourself craving a quick snack, the limited vegan options at Arby’s will do the trick.

Arby’s is notorious for being anti-vegan with not a single dedicated sandwich to name. The few vegan options that you get include:

For a restaurant with a slogan, “We Have The Meats,” Arby’s surprisingly has good quality vegan choices. Read on to explore the entire vegan menu at Arby’s and how to go about ordering it. Stick till the end to read some controversial food for thought and a quick whole-food plant-based dish you can order at Arby’s.

Almost all the fried foods made at Arby’s share the same fryers as animal-based foods. While it doesn’t put off some vegans, you will have to avoid going to Arby’s if seeking pure vegan food.

The classic salted French Fries are up for grabs at every Arby’s outlet without any non-vegan additions. They are left vegan without any recipe meddling to suit the meat-heavy menu at Arby’s.

The Potato Cakes are a fulfilling dish with nothing but fried triangular chunks of potato with salt. This classic combination of potato and salt works wonders to fill your appetite.

Bear in mind that they share the same fryer with other non-veg foods.

Offering novelty in fries is the limited “Special” item on the menu, the Sweet Potato Waffle Fries. You may only get them while the offer lasts.

It is entirely vegan, sweet, and shaped like waffles.

These memorable fries have been around a long time and have not changed their mind-blowing tastes even today. The Curly Fries are vegan-friendly with their flavoring derived from a mix of spices, salt, garlic, and onion powders.

You can find the list of full ingredients here.

The vegan options at Arby’s include the Tree Top Applesauce in the menu for kids. The recipe is straightforward with water, apples, and added vitamin C.

You will find nothing to hold you back as a vegan since this applesauce is available for adults too. Besides, the sauce has no added sugar.

A few other Arby’s outlets may sell Apple Slices, which are similarly vegan-friendly.

Don’t expect much from the Side Salad. It is a simple dish with fresh veggies to pair with the fried junk-food.

You can order it without the cheese, getting a plate of a minimal offering of tomatoes, leaf lettuce, and iceberg lettuce.

Sprinkle on some vegan-friendly salad dressing, and you are good to go. You have two options of salad dressings – the balsamic vinaigrette and light Italian dressing.

Not many non-vegan restaurants will offer vegan-friendly desserts. Luckily, Arby’s puts on the menu it’s “accidental and vegan” Fruit Turnovers in the Apple and Cherry Turnovers.

Instead of the usual lard for the crust, Arby’s uses vegetable shortening and margarine as substitutes. Without any egg or dairy involvement, the fruity dessert is a 100% vegan-friendly treat!

You can check out the list of Fruit Turnovers ingredients used in the recipe courtesy of Arby’s.

Arby’s caters to sauces that are delicious and vegan-friendly while also having some which are non-vegan. Here is a list of each sauce category.

The non-vegan sauces contain either milk, honey, or egg in their making.

Not many beverages can get non-vegan, offering plenty of choices for vegans:

Is Arby’s Sauce A Vegan-Friendly Concoction?

You can rest assured that Arby’s Sauce is entirely vegan. There are no hidden animal products or by-products like honey, egg, or milk used in its making.

The one time you can avail of veg-burgers is every leap year where Arby’s offer their regular meat sandwiches sans the meat. However, the veg-burgers are nothing special, merely the sesame-studded buns and few vegetables.

What Happened When Arby’s Showed Interest In Plant-Based Impossible Foods?

In the mid-2019, Arby’s and Wendy’s signed up for some speculative marketing regarding the inclusion of plant-based Impossible foods in their menus.

This gimmick created much hype since the two fast-food restaurants catered only to the meat-loving society. However, this hype remained unfulfilled, with Arby’s declaring they would never entertain such measures in their stores at any cost.

Read the ins and outs of the claims here.

Arby’s And Their Disapproval Of Veganism

Arby’s stands dedicatedly to its slogan of “We Have the Meats.” Following the Impossible Foods stunt, Arby’s decided to unveil their new marketing concept in response to the interest and growth in plant-based meat.

Their first “Megetable,” plant made from meat, was a “Marrot”, which was turkey meat shaped into a carrot.

The company’s comments on adapting to the rising vegan trends were scathing. They firmly declared that at no point in the future or present would they bring any plant-based foods into their restaurants.

It might be challenging to make a decision based on the cited incidents. However, a 2015 incident that shows Arby’s open mocking stance against vegans will seal the deal.

Arby’s came up with a controversial marketing PR strategy that sent the press and social media in a tizzy. They published an Open Letter stating their support for the vegetarians. The letter started with Arby’s showing respect to the vegan’s life decision to steer clear from animal meat. The letter further states in detail the meat innovation launched by Arby’s, the Brown Sugar Bacon. Arby’s then tempts the weaker sections of vegans by telling them that avoidance would be challenging. As a gesture of support in creating the temptation, Arby’s would also offer a helpline.

”For those looking to devour the temptation, the helpline number 1-855-MEAT-HLP would serve as a Vegetarian Support Hotline. Once connected, you would receive guidance on how to avoid the temptation.”

The response after was viral news for days to come. Many vegans ended up boycotting Arby’s while many more continue to spew hate online.

Another such controversy arose when Arby’s released their pro-meat advert discouraging the spread of meatless food.

The ad features a block of plain tofu on one side with text stating, “Friends Don’t Let Friends Eat Tofu” and the Arby’s stamp “Just Eat Meat” on the other side.

The debate sparked on social media points to Arby’s growing insecurity and desperation. All this amid the rising vegan trends, which, in turn, gives way to baseless marketing gimmicks by Arby’s to stay relevant in the market.

Arby’s offers a decent palate for a quick vegan snack. It may not be enough for a full meal, though. So, ensure to eat ahead or pick another restaurant if you are starving.

Also, the menu’s in different outlets keep changing and vary according to location. Double-check the information provided here with the staff to ensure whatever you order is vegan and according to your dietary requirements.