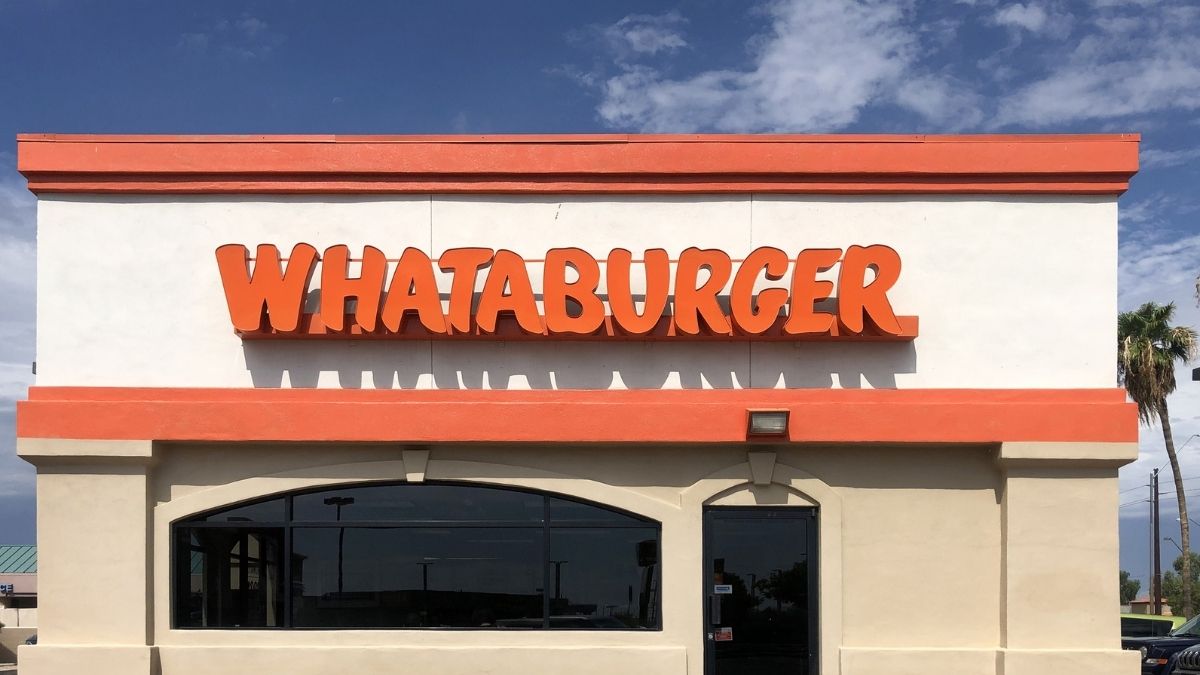 Whataburger’s snacks and dishes have the whole of Texas queuing up for its lip-smacking delicacies. But, dining at fast-food restaurants like Whataburger will always be a struggle for vegans. This Texas-centric eatery has been famous for its old-school ambiance and more.

Unfortunately, Whataburger is far behind other burger joints like Burger King and Carls Jr. in the vegan menu. The eatery does not have an exclusive menu or section dedicated to vegan food.

The menu focuses on meat-based burgers and other egg dishes. The fast-food chain has no alternatives such as vegan burgers. Do you still plan on checking out Whataburger? This ultimate guide will help vegans explore the different vegan-friendly dishes at Whataburger.

Today, Whataburger has as many as 655 outlets in Texas. The decals on the Whataburger outlet’s windows proudly proclaim the burgers to be 100% beef. Living up to its name, this eatery takes pride in offering some of the best burgers in the region.

Paul Burton and Harmon Dobson opened the first Whataburger outlet in 1950 in Corpus Christi, Texas. This fast-food chain enjoys a cult following like no other.

Harmon Dobson wanted to make the burger so huge that you had to hold it with both hands. He also commissioned a bakery to make custom five-inch buns.

You’ll also be thrilled to know that there are 36,864 ways to customize this eatery. Also, unlike other eateries, Whataburger takes pride in offering self-made ketchup. There is a devoted fan following for its original and spicy varieties of ketchup.

This upscale food joint also serves Whatachicken sandwiches, party melts, onion rings, and fries. We can swear by the drool-worthy breakfast menu. You can find taquitos, pancakes, and chicken biscuits.

The question is, what are the vegan options at Whataburger? Let’s help you find the answer to this question.

What Can Vegans Order At Whataburger?

Are you wondering about the vegan options at Whataburger? This section of the article explores every single 100% vegan dish available at Whataburger. Note that you might have to make a few tweaks and request modifications to make some of these dishes vegan-friendly.

Let’s see what Whataburger has in store for its vegan food hoggers.

Most vegans rely on salads as it is their safest bet at any eatery. Besides, customizing the ingredients of the salad is relatively easy.

Though garden salad is not as exciting as burgers and chicken strips, it is healthy and entirely vegan. A standard garden salad at Whataburger includes:

You have to order the salad without chicken and cheese to make it vegan-friendly. You must be looking for ways to liven up this garden salad. Well, you can try out vegan toppings, including avocados, jalapenos, grilled onion and pepper, fire-roasted mushroom, etc.

Unfortunately, the restaurant is not very transparent with the secret recipe of its salad dressings. But, your safest bet at a vegan dressing is their balsamic vinaigrette and herb vinaigrette.

Another amazing plant-based dish at Whataburger is their fries. Vegan or not, everyone loves fries. A lot of fast-food restaurants use fats and oil that might not be entirely plant-sourced.

Whataburger fries are 100% vegan, and you can consume them without any hesitation. The official website claims that the restaurant uses ZTF Whataburger liquid shortening to prepare the fries.

You can add Whataburger’s spicy or fancy ketchup with these amazing crispy fries. And yes, these condiments are entirely vegan.

Though no ingredients in these fries are animal-sourced, Whataburger cooks its fries in a shared fryer. In simple words, the restaurant uses the same fryer to cook non-vegan ingredients.

All milk, egg, and chicken-based products use the same fryer. If this looks like a problem for you, avoid all fried items on Whataburger’s menu.

You’ll find hash browns in almost all fast-food chains. Hash browns are not only suitable for munchkins but also vegan eaters. The good news is hash browns at Whataburger are vegan!

According to the fast-food chain’s official website, Whataburger cooks theirs has browns in ZTF Whataburger liquid shortening.

More profound research reveals that this shortening is vegan-friendly soybean oil. If you want to enjoy the hash browns at Whataburger, make sure to drop by during their breakfast hours. You can find hash browns from 11 PM to 11 AM here.

One of the simplest snacks you can grab at Whataburger is apple slices. We understand that apple slices are not exactly an exciting option. However, when your tummy rumbles, you have to take whatever is available at Whataburger.

These apple slices are highly healthy and packed with vitamin C. If you are looking for something fresh, these are your best option.

You can choose the variety of your bread, ask them to throw some hash browse, and select your favorite toppings.

Whataburger offers three vegan bread options – flour tortilla, Texas toast, and bun. A lot of us prefer having our buns toasted. Lucky for vegans, the bun oil at this eatery is vegan.

Here are the vegan toppings available at Whataburger:

You can add vegan condiments like spicy ketchup, mustard, or fancy ketchup to make your sandwich moist and more delicious.

Though there are no vegan-friendly milkshakes or drinks to quench your thirst, there are quite a few vegan beverages up for grabs at Whataburger.

In addition to their exclusive teas, Whataburger also sells Dr. Pepper and Coke. You may also find Simply Orange Juice during the breakfast hours at Whataburger.

Why Should Whataburger Consider Expanding Its Vegan Menu?

What started as a trend has become more of a lifestyle in the current day. More and more people are turning to vegans to take better care of their bodies and the environment.

Public organizations like PETA are spreading awareness about the need and benefits of going vegan. In America alone, several people identify themselves as vegan. You’ll be shocked to hear that the number of vegans has increased from 1% in 2014 to 6% in 2017.

Many restaurants are reluctant to include vegan items on their menu. It is due to the hassle, high cost, and low demand for vegan items.

However, a Nielsen survey claims that 39% of the consumers in America and 43% in Canada wish to include more vegan foods in their diet.

Vegan lifestyle followers will be disappointed to know that Whataburger does not offer vegan burgers on its menu. Many vegan diners opt for replacing a hash brown patty or other vegan menu items with the burger.

You can customize the meat burgers, but they won’t offer the same taste and delight.

Is The Apple Pie At Whataburger Vegan-Friendly?

Many people think that since Apple pie consists of fruit, it is a plant-based dish. We hate to break it to you, but apple pie at Whataburger is not vegan.

If you visit the Whataburger site, you can read all the ingredients that go into the Apple pie. The site states that the apple pie glaze includes milk as well.

Do The Whataburger Fries Include Any Dairy?

Thankfully, if you want to grab some delicious vegan-friendly fries, Whataburger is a suitable option. There are no dairy ingredients present in the Whataburger fries.

Also, unlike many other fast-food chains, Whataburger does not use fish or animal-sourced oils to cook its fries.

Before you began your vegan journey, Whataburger might have been one of your favorite munching spots. Unfortunately, dining at Whataburger is not so great for vegans.

As a vegan, your only real option at Whataburger is to get some hashbrowns and apple slices for lunch. You can also make a vegan sandwich for yourself by customizing the ingredients.

We would avoid Whataburger as a vegan unless we are looking for some small portions. Vegans can consider grabbing their meals at other fast-food chains like McDonald’s, Burger King, and Wendy’s. 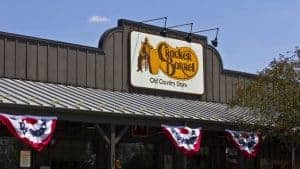 Starbucks is not entirely vegan, but out of all the coffee shops in the States, Starbucks is considered the most vegan-friendly. They have many vegan options like bagels, oatmeals, and drinks. 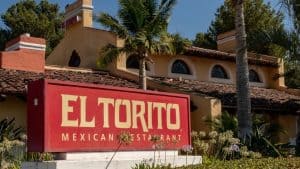 The vegan options at El Torito are relatively limited. A lot of dishes have specific components which do not adhere to the norms of veganism. 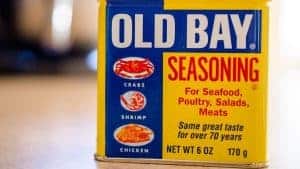 Old Bay seasoning may have been used in meat dishes for many years, but it has excellent versatility and can be used in vegetable dishes too. 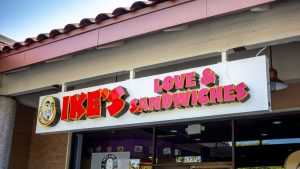 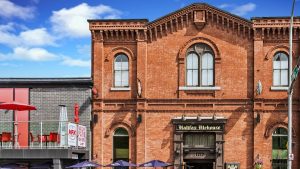 Alehouses are primarily meant for drinking, along with some quick bites to munch on. Vegans may get confused when they cannot find the right food to order at an alehouse.