What Are The Vegan Options At P.F. Chang’s? (Updated Guide) 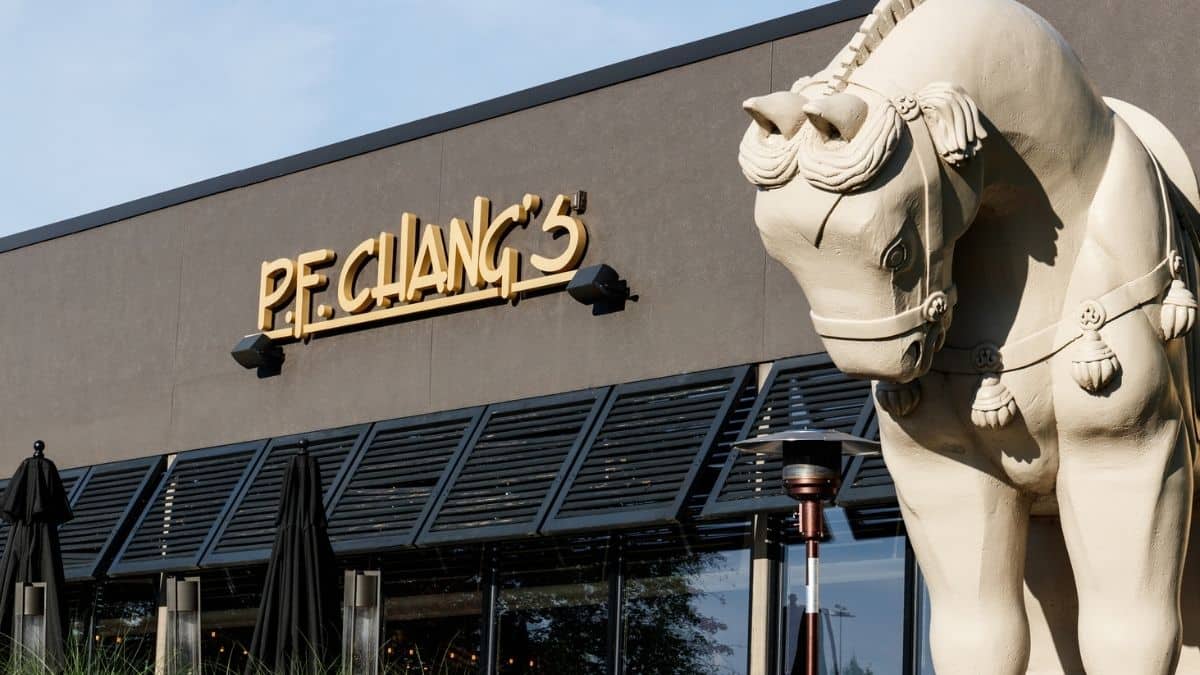 P.F. Chang’s is a casual dining restaurant chain, in business since 1993, with over 308 outlets worldwide. This American restaurant chain has a wide selection of American-Chinese dishes, along with delectable Asian meals.

P.F. Chang’s has many vegan options to offer you, despite being an Asian-themed restaurant chain. With over 9.6 million American’s going vegan, they’ve significantly expanded their vegan-friendly menu. From Entrées to Desserts, they serve a pretty great vegan spread.

Now that your favorite restaurant chain is serving vegan meals, why look anywhere else? Read further if you want to explore the scrumptious vegan options at P.F. Chang’s.

Cooked in a fiery red chili sauce, fresh garlic, and Sichuan preserves this a great vegetarian appetizer. If you love some spice on your platter, this is a definite go-to. They have a medium heat and a deep garlic flavor.

The beans are sauteed before adding garlic and sauce. This makes them tender and gives a fantastic texture.

Lettuce wraps at P.F. Chang’s typically have ground chicken as a protein. But they’ve recently added vegetarian lettuce wraps to their menu to cater to vegans. Made with a secret family recipe, they contain wok-seared Tofu, Green Onions, Water Chestnuts, Mint, and crispy rice sticks.

This is also one of the healthiest vegan options at P.F. Chang’s. These wraps have a sweet crunch, accorded by the secret sauce, which makes them quite popular amongst the diners.

This vegan-friendly dish is simple yet addictive. Tossed in kosher salt, these are steamed to order. In addition to being vegan, edamame can also be prepared gluten-free upon request.

It’s a light, sweet, and spicy snack that can be an excellent accompaniment to any dish. Calorie-conscious vegans should try this once.

The veggies are tossed in a savory soy sauce, which gives them a distinct, mouth-watering taste. Served with brown rice, it makes for a hearty vegan-friendly option that’s loaded with nutritious veggies. If you’re a lover of colorful platters, this is a must-try.

P.F. Chang’s also serves stir-fried Chinese eggplant, covered in a chili soy glaze. This vegetarian dish contains green onion and garlic. It’s a favorite amongst regulars due to the delicious, sweet, and spicy flavor. This dish proves that eggplants can be quite addictive.

Ma Po Tofu is a traditional Chinese dish from the Sichuan province. It’s a thin and oily dish that’s soaked in hot sauce. While the traditional one typically contains minced meat, P.F. Chang’s version can be made with just tofu.

For vegetarians and vegans, they toss crispy tofu and steamed broccoli in garlic-chili sauce, which gives it a spicy flavor. This makes for one of the tastiest vegan options at PF Chang’s.

Since the appetizers here have been made inclusive of vegan options, the Asian curries could not be left out. A part of the main entrées, this is a spicy, sweet, and tangy curry.

The Thai Harvest Curry at P.F. Chang’s contains five-spice tofu, butternut squash, rustic vegetables, and Asian mushrooms. To give it a kick of spice, it’s topped with Fresno peppers. It has a red curry broth and an excellent presentation, which makes it quite tasty.

Just like any other Asian menu, vegan options at P.F. Chang’s also have dishes from Sichuan.

This dish has replaced another vegan-friendly option, the coconut curry tofu, which used to be quite popular. Sichuan-style asparagus is made using Sichuan preserves and sliced onion. Garlic, being their signature flavor enhancer, is added along with red chili paste. This is also a dish you should try if you’re a fan of their chili-garlic green beans.

When talking about vegan options anywhere, rice cannot be left out. P.F. Chang’s serve their brown and white rice steamed, owing to their Asian orientation. It makes for a healthy and vegan-friendly side dish.

They also serve fried brown and white rice, but they contain eggs, shellfish, and milk.

Spring rolls are popular fried snacks, typically prepared with a filling of stir-fried meat and vegetables. Vegan options at P.F. Chang’s include vegetable spring rolls that only contain vegetables tossed in their authentic East-Asian seasoning.

Another vegan-friendly side dish, sauteed spinach (in garlic), has been removed from the menu.

Their Spicy Miso, which contains noodles and a broth, can be prepared vegan upon request, but only at specific locations. Even their Chicken Thai Pad, for that matter, can be made vegan by requesting them not to add any animal protein. So, you need to confirm with your local P.F. Chang’s outlet before placing an order.

They offer a range of newly added beverages that can be spiked with alcohol upon request. Their non-alcoholic drinks, along with their choice of alcohol, have been listed below:

They offer an excellent dessert spread, but most of them contain milk and other dairy products. Their banana spring rolls are popular, but they are a vegetarian dessert.

Why Did They Expand Their Vegan Menu?

P.F. Chang’s has always been a popular, trendy, and upbeat restaurant chain. It’s usually bustling with diners. A significant portion of Americans have gone vegan and are choosing to cut down on their animal-based food consumption.

Hence, in a bid to not lose out on this significant bunch, they have included some delectable vegan options in their menu. Some non-vegan dishes can also be made vegan-friendly by asking your server to exclude any animal-based protein.

To cater to the demand for meat-free cuisine, plant-based options have been increased. You may have noticed that a lot of their new entrees have veggies and tofu, which can be swapped for chicken, beef, or seafood by meat-lovers.

Since you’re here, reading this, it’s fair to assume that either you’re actively vegan or thinking about it. Giving up animal-based food and products has a host of benefits. It’s not just beneficial for the planet but also for your physical and mental health.

Switching to a vegan diet aids weight loss, reduces the risk of heart diseases, and helps manage diabetes, among other benefits. You can always start by becoming a vegetarian first.

Chefs have started getting creative with their vegan food recipes. From proteins to the sauce, they are capable of discovering substitutes for everything. What’s more? These options are just as mouth-watering, if not more.

Other Restaurants With Vegan Options

Thanks to PETA, these restaurants have ventured into vegan food options. Although they are not fully vegan, at least now they can cater to vegan diners. Vegans now can go to these giants and eat a part of their spread.

While vegan options at P.F. Chang’s are limited, they are delicious and have received rave reviews from most customers. If Chinese cuisine can be made to serve vegans, so can any other cuisine.