What Are The Vegan Options At Yoshinoya? (Updated Guide) 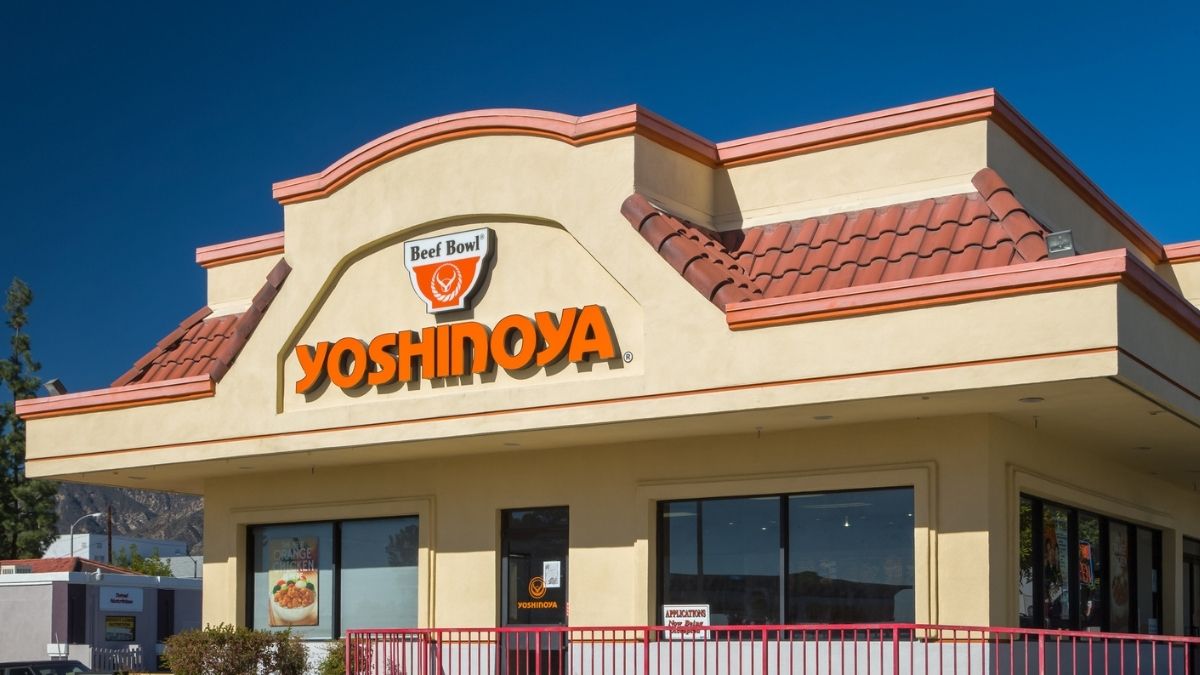 Yoshinoya is one of the oldest Japanese multinational fast-food chains. The food chain’s specialty is gyudon or beef bowl. The first outlet was established in 1899 in Japan.

Yoshinoya is not entirely vegan. It serves only a few vegan dishes. In addition, these dishes are only vegan alternatives and lack the authentic Japanese taste. However, you can find alternative vegan restaurants serving Japanese food with the unaltered traditional taste.

Founded in 1899 in Japan, Yoshinoya runs with the motto, “Tasty, low-priced, and quick.” Initially, the business was hit due to the Great Kantō earthquake. However, the food chain outlet slowly recovered from the losses and saw exponential growth.

In 1965, Yoshinoya earned a million dollars in sales. This gave it enough finance to expand and open a franchise Shinsaibashi in 1968. Later, in 1975, Yoshinoya opened its first American store of the emerging fast-food chain in Colorado.

At the beginning of the 21st century, Yoshinoya became a competitor of brands like McDonald’s for meals such as a regular beef bowl. Through the years, Yoshinoya has evolved in terms of branding and tweaking the menu.

Yoshinoya aims to follow Japanese-inspired cooking, which is the essence of their menu. Ultimately, they intend to share that delicious experience with each of their customers.

The Japanese food chain is famous for cooking their freshly prepared rice bowls to perfection, using quality ingredients, and serving at affordable prices.

Are There Vegan Options At Yoshinoya?

Yes, there are vegan options at Yoshinoya. However, the options are limited to the point that the experience is altered. A vegan wouldn’t experience the authenticity of Japanese food as most of the ingredients have only been replaced with vegan options. Methods to bring the exact taste in vegan meals are minimal.

In addition, the dishes are limited. You will only find vegetable bowls and not authentic dishes such as tempura, sushi, or harumaki. However, you will undoubtedly find vegan options at Yoshinoya. You can get yourself a meal and a drink. Unfortunately, there aren’t any desserts.

At Yoshinoya, you will find very few vegan options. However, the ones available are listed below.

Being a vegan, you only have a few vegan Japanese dishes to try. However, a soulful Japanese dish you will surely like is a steamed vegetable rice bowl.

The essence of Japanese cuisine lies in sauces. A chef carefully chooses sauces to create dishes, giving it an authentic Japanese taste.

The sauces used in steamed vegetable rice bowls are vegan. Therefore, you can taste the traditional taste while practicing veganism.

If you want to skip rice from the steamed vegetable rice bowl, you have an option. If you follow a strict diet, understandably, you would want to avoid rice.

At Yoshinoya, you have the option to choose your ingredients yourself. You can pick the ingredients, match them with a suitable sauce and relish your vegan Japanese dish. Listed below are the vegan options available for the combo bowl. You can also double the portions for an XL bowl.

You can find the spring rolls in two serving sizes: 2pc and 4pc. The nutritional information of each of the ingredients is given below.

Yoshinoya, being a Japanese fast-food eatery, does not have authentic Japanese drinks. It has drinks and sodas from different companies. Given below are the vegan beverages.

Although Yoshinoya has vegan options, the options for vegan dishes are minimal. The taste of the vegan meals is not modified to make it close to authentic Japanese food. That is why we have curated a list of alternative vegan-friendly Japanese food chain outlets.

At Shizen, you can find several vegan Japanese dishes such as:

Based in Los Angeles, Shojin serves meals that are vegan and gluten-free. Given below are some of the vegan dishes on the menu of the Shojin food chain outlets.

Kajitsu has several vegetarian meals available. Some of them are vegan too. The ambiance is much-adored as it is tranquil and minimalistic. Below are some of the vegan dishes on the menu of Kajitsu restaurant.

Cha-Ya is a vegetarian Japanese Restaurant located in Berkley. The restaurant has some of the best vegan options that do not alter the authentic Japanese taste. Below are some of the vegan dishes on the menu of Cha-Ya restaurant.

Although there are vegan options at Yoshinoya, you wouldn’t find the authentic Japanese taste in vegan meals. The dishes aren’t awe-inspiring, and a better vegan alternative for Japanese cuisine can be easily found and are preferable to Yoshinoya Restaurant.

Yoshinoya is a perfect choice for Japanese fast-food meals. However, not an ideal eatery for vegans looking for authentic Japanese cuisine.