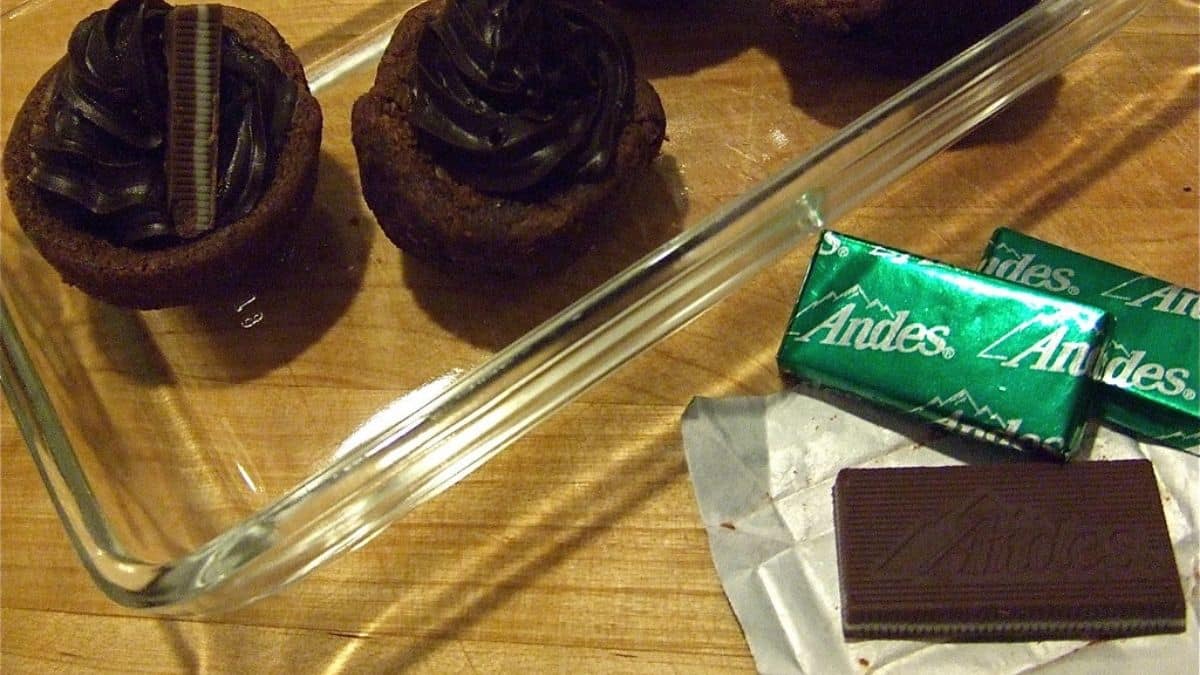 Answer: No. Andes Mints are not vegan because they contain milk-based ingredients.

The founder of Andes Mint, Andrew Kanelos, lived in Chicago, Illinois. He opened his first-ever candy store there in 1921 and titled it after his name, Andyâ€™s Candies, initially. Soon, he realized that men didnâ€™t like to gift candies to their loved ones with someone elseâ€™s name or, more like, with another guyâ€™s name, so he replaced the â€œyâ€ with â€œeâ€ in the title. Thatâ€™s how it became â€œAndes Candiesâ€ later on.

What Are The Andes Mints?

A fascinating thing to know about Andes Mints is that this tiny candy is very popular as a post-dinner treat, especially among US citizens.

Andes Mints are a mixture of vegan and non-vegan ingredients. The ingredients that make it non-vegan are the milk-based ones.

A detailed list of ingredients of Andes Mints are given below:

Who Can Eat Andes Mints?

We need to make a comparative analysis of the vegetariansâ€™ diet to know who can and canâ€™t eat Andes Mints.

We can divide the people into the following categories:

1. Lacto-vegetarians: They donâ€™t consume meat, poultry, fish, and eggs, and food that even contains traces of these ingredients. However, they eat dairy products like milk, cheese, butter.

2. Ovo-vegetarians: They eat only eggs and avoid poultry, seafood, and dairy products.

4. Pescatarian: They eat fish but abstain from meat, poultry, dairy products, and eggs.

5. Vegans: Vegans, contrary to all the mentioned types of vegetarians, eat none of the above-cited food. They donâ€™t even eat the foods that include any of such ingredients. In this way, they are particular and abstemious.

The worth mentioning point is that another category of people has emerged as semi-vegetarians or flexitarian. It is originally a plant-based diet but contains meat, dairy eggs, poultry, and fish, though in small quantities.

In addition to the original flavor of Andes Mints, everyoneâ€™s favorite candy, Tootsie Roll Industries have launched five other incredible flavors too.

Good news for people with diabetes!

The Andes has now launched their Thin Mint Candy, which contains no sugar. This sugar-free Andes Mint Candy contains eight mints, which have 180 calories in total. The sweetener used in these candies is maltitol, which serves as a substitute for sucrose. It is 75-90% sweet and does not cause cavities. Maltitol contains 50% fewer calories than sugar.

Some people may be allergic to some ingredients like nuts. But the good news is that if you too are allergic to nuts or peanuts, you are in the safe zone since Andes Mints are nuts-free. It also contains no gluten.

However, if you are allergic to soy and milk, you must avoid all Andes Mints Candies because all of the Andes Candies are made according to the kosher dietary principles and contain soy and dairy.

Following are the best alternatives to Andes Mints:

Each of these Vegan Mint Chocolate Bars contains 5 or less than 5g of sugar. All REDD bars are free of gluten, milk or animal-derived products, soy, brown rice syrup, and GMO.

These mint chocolate bars are yet another incredible alternative to Andes Mint. They are also Vegan-Friendly and gluten, soy, dairy, refined and cane sugar, emulsifier, and stabilizer free.

It is a mixture of rich and creamy dark chocolate and fresh mints packed in the form of a bar. It contains 230 calories in total.

In a nutshell, Andes Mints are non-vegan because they include animal-derived, milk-based products like non-fat milk, milk protein concentrate, and lactose. Such dairy products are a BIG NO for vegans. However, they are gluten and nuts free.