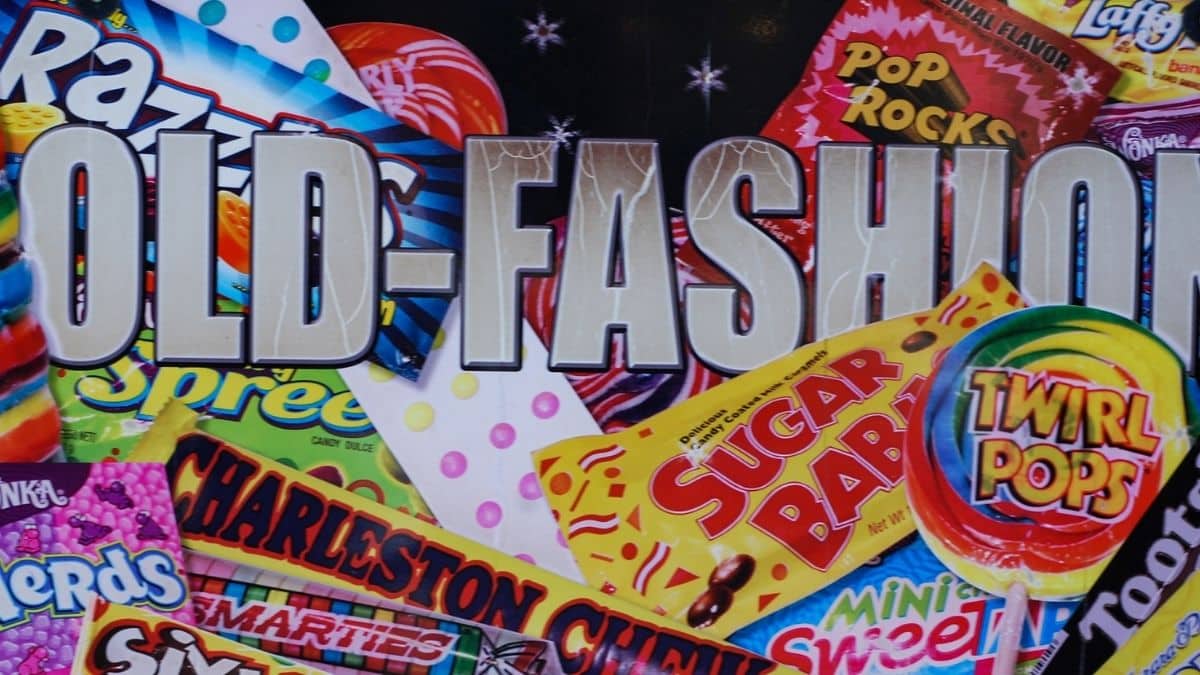 Every kid living in the USA has a fond memory associated with the famous candy brand Pop Rocks. Pop Rocks are popular with people of all ages as it’s an unusual but fun experience.

I have some news that might disappoint the fans of this cult-favorite popping candy. It might come as a surprise to many people that Pop Rocks aren’t vegan.

No flavors of Pop Rocks brand’s popping candies are vegan, nor are any of their product ranges vegan.

In this article, we will learn how and why Pop Rocks are not considered a vegan snack. We’ll view the ingredients that make up this adored delicacy and why the veganism lifestyle does not approve of it.

The Truth About Pop Rocks

Pop Rocks have been sought after for generations ever since their production in the mid-1970s. Pop Rocks owes its popularity to the unique popping sensation caused by the pressurized carbon dioxide bubbles present in it.

These tiny granules come in different appealing flavors. Pop Rocks have established only two factories globally – one main factory in the US and one in Spain.

Pop Rocks are made using pressurized CO2 and rapid revolving with sugary mixtures heated to 295 degrees Fahrenheit. The combining vessel is then depressurized, where the candy mixture disintegrates, and granules for packing are formed.

Despite being the fan-favorite candy for several decades, Pop Rocks has raised suspicions due to its problematic ingredient list. Some of the primary ingredients have been listed below, along with the reasons as to why they’re problematic.

The staple ingredient for any candy is sugar. Generally, while making commercially sold candy, refined sugar is used. This eases the task of coloring the candy through clear sugar syrup.

If refined sugar is used in their factories, which is most likely the case, Pop Rocks can’t be considered vegan-friendly.

Lactose is the kind of sugar derived from dairy products like milk. Lactose is acquired from milk through a chemical process, and white lactose crystals are the end product.

Thus, lactose is ruled out as a vegan ingredient.

Lactic acid is produced with many products, which also includes different types of sugar crystals. These might involve beet sugar or cane sugar or a mixture of the two. The percentages of these formulations are not specified.

These powders are white, which implies that they must have processed cane sugar in them. This makes lactic acid non-vegan.

Since Pop Rocks have no natural fruits in them, all of the flavors they have are artificial. By theory, artificial flavors must be derived from either plants or animals.

Whether Pop Rocks uses plant or animal-derived scent is unclear, but it does not pass the vegan bar.

All of the colors listed by Pop Rocks, including Red #40, Blue #1, Yellow #5, are constantly tested on animals.

These colors are harming animals. Yellow #5, for instance, has a severe effect on animals and people, causing puffy and rash-like itchy skin. Thus, these colors can easily be qualified as non-vegan as well.

What Is Bone Char?

Bone char is used mainly by the sugar industry as a decolorizing and de-ashing agent, providing sugar its white color. It also owns the ability to expel inorganic impurities like sulfates and the ions of magnesium and calcium.

Sadly, bone char is acquired from heating the bones of cattle at high temperatures. This results in the production of a black, granular substance that is very similar to charcoal.

Fortunately, there are available alternatives like activated charcoal and ion-exchange resins. Some companies use them to achieve the same result as bone char.

Consider Oreos, for instance. Most vegans qualify Oreos as 100% vegan. However, the truth is that Oreos resource their sugar from several suppliers, including ones that use bone char. This is partly why Oreos don’t label themselves as a vegan company.

Definitely not, since the key ingredient in this candy is sugar. Technically, it is gas-infused sugar, and carbon dioxide is harmless. Yet, sugar in excess is bad for health in general.

Processed sugar treated with bone char is undoubtedly not healthy from an ethical standpoint. Bone char is derived from animal bones and helps to make refined sugar look whiter.

It is still believed that Pop Rocks follow a recipe similar to Pixy Stix or AirHeads candies. These candies are prepared with a combination of refined sugar and artificial colors.

It comes as a surprise to people that Pop Rocks contains lactose, an ingredient derived from milk, making it non-vegan.

Although people who have adopted a vegan lifestyle cannot savor Pop Rocks, they have other prevailing options. Some companies opt for alternatives like activated charcoal and ion-exchange resins as a replacement for bone char.

The few companies that offer vegan candies have been mentioned below and their respective links for buying.

Ring Pop is an iconic and eye-catching candy gem molded in the shape of a ring. This soy-free candy is proudly made in the USA and is continually appealing to kids due to its attractive shape.

This classic hard candy was created by Nello Ferrara in 1954 using the hot-panned candy process. A probable 15 million of these spicy candies are now consumed every week by people worldwide.

Atomic Fireballs are the original, super intense, cinnamon-flavored, jawbreaker candy that will leave you lingering. It invigorates your taste buds with its seriously hot cinnamon sweetness.

Technically, Atomic Fireballs are vegan. They do not have animal ingredients. That being said, they still have questionable ingredients such as sugar, artificial flavors, and colors. These ingredients might cause discomfort to stricter vegans.

AirHeads are the perfect treat-sized candy that is kosher, gluten and allergen-free. The candy is free of the “Big 8” allergens: milk, eggs, peanuts, tree nuts, soy, fish, shellfish, and wheat. This candy has comparatively cleaner ingredients than the others.

You can get your creative streak on by cutting the AirHeads in any desired shape for custom treats. A distinct feature of this candy is that it is non-melting, which makes the candy experience mess-free.

AirHeads are perfect for soothing your sweet cravings with their extremely tangy and playfully chewy formulation.

All Jolly Rancher candies might not be vegan, but most of them are. Jolly Rancher Hard Candy, Lollipops, and Jelly Beans are vegan-friendly. This is because they have no animal-based ingredients.

There are a few problematic ingredients in Jolly Rancher, though, which some vegans avoid. Jolly Rancher comes in various tempting flavors, such as the Cinnamon Fire flavor.

These fat-free candy treats come in flavors like grape, orange, strawberry, and apple. Launched by the brand Fun Express, these candies are perfect for kids’ parties.

These tasty candies classify as vegan because they don’t contain any dairy products. A new venture, this candy is the perfect addition to your snacks or candy cabinet for its unique flavor and texture.

It is clear that, unfortunately, Pop Rocks are not vegan since they contain lactose and lactic acid. Lactose, being a milk-derived ingredient, cannot be included in vegan-friendly items.

It is challenging for people who have embraced veganism to find suitable food because of the vague ingredient list. In the case of candies, it is impossible to find one without any questionable ingredients.

Refined sugar, artificial flavors, and colors are questionable for strict vegans. Thus, finding the perfect vegan-friendly candy is a demanding task. Yet, we have worked towards providing a few vegan alternatives for candies in this article.