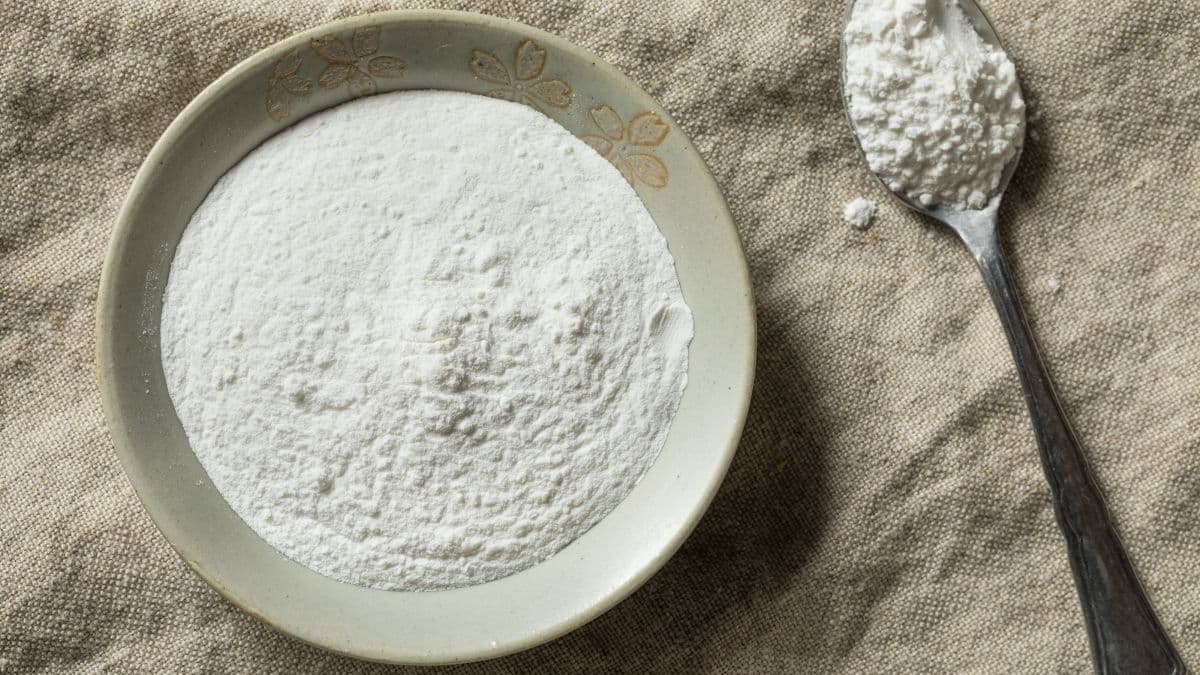 Answer: Yes. Cream of tartar is considered vegan. And the reason is that it has no animal components. It is a purely plant-based product obtained from the by-product of winemaking.

Cream of tartar, as the name suggests, is not a cream. It is a powdery substance which is scientifically called potassium bitartrate. It has many uses like preventing crystallization of sugar, anti-caking agent, stabilizer in meringues, etc.

Why Cream Of Tartar Is Considered Vegan

Controversy Around Cream Of Tartar As Non-Vegan

Even though it is a purely plant-based product, there are controversies around the notion of cream of tartar as a non-vegan product. And the problem lies in the winemaking process. More specifically, the ingredients used in the fermentation process.

Fining agents used in wine have a possibility of being derived from animal products. In most cases, they are animal-based, and they are products like gelatin, casein, bone marrow, and chitin, which are all animal-based products used for winemaking. The fining agents in winemaking have a purpose. They help in eliminating impurities from the fermentation process. These impurities are things like a cloudy texture, yeast, unwanted proteins, unwanted colors, or a rancid flavor. By eliminating all these elements, the fining agents make the wine better and pleasing to look at.

The reason for labeling the cream of tartar is mostly because of indirect resources. For example, bone marrow is not an ingredient in the cream of tartar, but many vegans find it unacceptable because it is used in the manufacturing process. And to extract bone marrow, many animals are slaughtered, which is something that vegans do not support in any way.

Animal cruelty is a big concern for vegans, so they take this seriously.

Casein is another one of those indirect products. Casein is a protein found in milk, and they help in reducing the bitter taste in wine. However, it is purely an animal-based product because milk comes from animals. And this is another concern for vegans why they consider the use of casein unethical.

Another critical element in the winemaking process is the use of albumin. Albumin comes from the egg whites, and they help bind all the tannin in the wine and give it a soft texture. But since albumin’s primary source is an animal-based product, it creates another issue for the strict vegans. It also falls under the animal cruelty criteria and becomes a controversial topic.

Chitin is another animal-based product. The primary source is crustacean animals’ shells, and vegans find it hard to accept it when used on other products. Not all chitin comes from animal shells because it is also extracted from a fungus. However, it isn’t easy to ascertain and differentiate between the shell-based and fungal based chitin. So vegans consider it all as a non-vegan product.

Gelatine is perhaps the worst of them all. The process involves boiling animal bones, tendons, skins, and ligaments in water. The end product is a translucent substance that gives that chewy feel when you consume a non-vegan candy. And the same substance helps give the wine the perfect flavor and reduce the bitterness. And because of its use in the winemaking process, vegans do not like the idea of treating cream tartar as a vegan product.

The final product that you should know about is the use of isinglass. It is also similar to gelatin, which comes from fish bladders. And they help in giving the perfect color shade in wine.

The winemaking process has a lot of controversies when it comes to vegans. In some cases, winemakers also use other elements like fish oil and even blood. These are not explicitly mentioned on the label, and you never know how the distillery manufactures the wine. So it leaves you in a grey area. However, most of the reasons discussed on why cream of tartar is not vegan are plausible. For strict vegans, it is crucial to know where the food comes from. And if you are a strict vegan, these are the things that you should consider before jumping to any conclusions regarding a particular product.

As discussed, not all brands that manufacture cream of tartar are non-vegan. There are options available which you can use as a vegan. Here are some of them that you can try:

You can try the pure cream of tartar, which is available on sites like Amazon. They are purely plant-based, and they come in eco-friendly packaging. You will also not find any animal products used for the development and no other artificial coloring or flavors. They are also gluten-free, so it is an excellent option if you are a vegan and looking for the right cream of tartar to use.

Cream Of Tartar By Earthborn Elements

The next vegan brand for the cream of tartar is the cream of tartar by Earthborn Elements. You can find this on Amazon and other shopping sites. They are one of the highest natural quality creams of tartars with no additives, animal products, and artificial colors or fragrances.

The cream of tartar by Earthborn Elements comes in an excellent bucket that you can reseal after use. And they also do not contain any form of gluten, so it is the perfect cream of tartar choice for vegans.

Cream Of Tartar By Judee’s

Cream of tartar by Judee’s is another excellent brand for vegans. It is a vegan-friendly product with no animal components and high-quality pure cream for all your baking purposes. All the primary ingredients are natural, and it is also gluten-free.

Best Alternatives For Cream Of Tartar

Vinegar is an acidic liquid that has a lot of uses. It also shares similar acidic levels to the cream of tartar; it helps stabilize all the egg whites when preparing the baking recipes.

Non-Vegan Substitutes For Cream Of Tartar

On the contrary, there is vegan yogurt, which you can try. It is extracted from plant-based products such as almonds, peas, coconuts, cashews, and soy. So they are vegan friendly, which you can use to replace the cream of tartar when you bake.

In conclusion, drawing a clear distinction between vegan and non-vegan cream of tartar is a difficult one. Most people consider it vegan.

However, a more in-depth look at the source of the ingredients used and the processes involved in making cream of tartar reveals a different story. You can argue that they are harmless, but it is a big issue for many strict vegans.

Therefore it’s best left to your understanding of veganism and how strictly you follow it to decide whether cream of tartar is vegan or non-vegan.