What Are The Vegan Options At Cheddar’s? (Updated Guide) 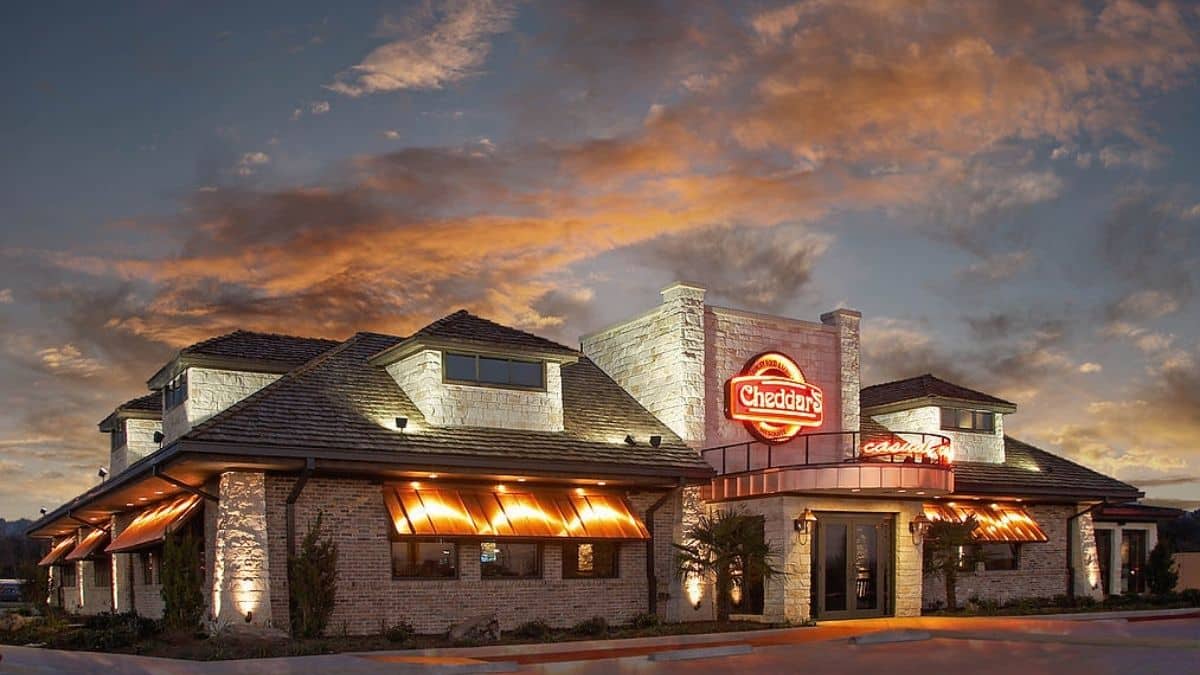 Cheddar’s, also known as Cheddar’s Scratch Kitchen, is an American restaurant chain. It came into existence in 1979 in Irving, Texas. The restaurant operates in more than 170 locations spread across 28 states. Cheddar’s serves dishes made-from-scratch, which makes it different and unique from other chains.

You may not find a wide range of vegan options on Cheddar’s menu. The ones available are fries, chips, salads, etc. and they are quite delicious. You can walk-in or order any vegan dish you like, along with some decent sides and beverages.

Below you will find more about the vegan options available at Cheddar’s in detail.

As mentioned above, Cheddar’s might not be the best resort for your vegan cravings. However, its menu includes some tasty, healthy dishes that are far from animal-cruelty. Following are the vegan options you can order at Cheddar’s:

Now, some of these dishes would require some modifications to turn them vegan. Read further to know how you can do that and have a proper vegan meal at Cheddar’s Scratch Kitchen.

Furthermore, you can find the Whole-food Plant-based options on Cheddar’s menu. It is for those who are trying to avoid fried and processed food.

According to Cheddar’s representative, the dishes mentioned below are or can be vegan at the customer’s request. Here’s how to order at Cheddar’s without facing the risk of animal-based ingredients in your dishes:

Cheddar’s serves fried tortilla chips that come with home-made salsa and queso dip. Queso sauce is a melted-cheese dip, so you should avoid it. However, their home-baked salsa is 100% non-vegan.

Tortilla chips with vegan salsa are a great starter before your fully-vegan meal arrives.

Warning: The chef uses the same fryer for tortilla chips as he/she uses for chicken and other meat items. If you are a strict vegan, then this may not be a suitable option for you. You can always ask the staff whether they can make your order using different equipment.

Add the following vegan dressings to your salad to embellish its taste:

You can also get a vegan salad as an entree on a much bigger plate. Just be more creative with your order, and the worker will make it exactly as you want.

Omit croutons, glazed pecans, chicken, and cheese to make your entrée salad purely vegan. Usually, glazed pecans are vegan at these restaurants, but Cheddar’s is an exception in this case. It is possible that they either add honey for the glaze or the overlay already contains eggs or dairy.

Almost every restaurant serves vegan-style broccoli rather than cooking it in butter or broth. However, Cheddar’s steamed fresh broccoli comes with a butter blend, which is the only non-vegan ingredient in the dish. Just hold off the butter blend, and they will serve you fully-vegan broccoli.

French fries are the best option for a vegan to order at any restaurant. It works great as both a dish and a side to your vegan meals. Just make sure that they do not fry the potatoes in animal fat. You can talk to the staff or the manager regarding this purpose.

Like tortilla chips, the same goes with French fries. The chef might make them in the same fryer as non-vegan food. So, be careful and ask the manager about the equipment used for making fries.

Cheddar’s official vegan menu also includes tomato tortilla. So, you can get creative and make a fully-vegan soft taco or wrap filled with vegetables and vegan sauces.

Cheddar’s may not have various fillings for the tomato tortilla, but the available options are just as good as any. Here’s what you can add to your wraps or tacos:

Even non-vegan restaurants serve drinks that do not involve animal-cruelty in their making. These are the drinks that Cheddar’s offers with your vegan meals:

Options You Should Avoid At Cheddar’s

Some options of Cheddar’s menu might sound vegan, but they are not. So, avoid the following items whenever you step-in or order at the restaurant:

Why Cannot You Make These Dishes Vegan?

According to Cheddar’s representative, you cannot customize these dishes and make them vegan due to their preparation methods. However, vegan customers can ask the staff on duty regarding the cooking process of these dishes.

They may listen to your request as they serve made-from-scratch dishes. So, if you want to eat some vegan baby carrots or green beans, go directly to the outlet’s manager.

So, if you do not want to eat processed or fried food, you can order WFPB options. For those people, who are on a WFPB diet, Cheddar’s has the following food items for them:

These dishes are great options for your daily WFPB consumption. You can bring your own nutritional yeast to make them taste even better than usual. It works well with both salad and steamed fresh broccoli.

Nutritional yeast adds a unique flavor and is a suitable replacement for oil, sugar, and other process food items.

If you feel eating at Cheddar’s might be a risk, try out these restaurant chains that serve vegan dishes:

McDonald’s is a place where no one expects any vegan servings. However, at a few locations, the fast-food restaurant chain offers a vegan burger. They launched the McAloo Tikki burger in India, which became insanely famous in the country.

Now, McDonald’s serves this burger in selected locations. Order it without cheese and mayonnaise to make it fully-vegan.

Most of the bagels available at Manhattan Bagel are fully vegan. The non-vegan bagels are the ones topped with jalapeno cheddar cheese and egg. Try the following items whenever you go to Manhattan Bagel:

Denny’s offers various vegan food items that you can easily order at the restaurant or from home. The vegan dishes include:

Denny’s has become a popular restaurant chain among vegans after they added these options on the menu.

Either order the tortilla soup or make your burgers, tacos, and salads by using the following ingredients offered by Qdoba Mexican Grill:

Jason’s Deli has plenty of vegan options for you to try. These include salads, toppings, dressings, sandwiches, and much more. Have a look at some of these dishes:

Cheddar’s is not an ideal option for vegan meals. You can try their vegan starters, such as salads and tortilla chips. But other than that, the restaurant does not have enough to offer its vegan customers.

Cheddar’s might add vegan options to their menu in the future to grow their customer base. Since veganism is growing huge each day, we cannot rule out the possibility of every restaurant serving vegan meals in the upcoming years.