What Are The Vegan Options At Baskin-Robbins? (Updated Guide) 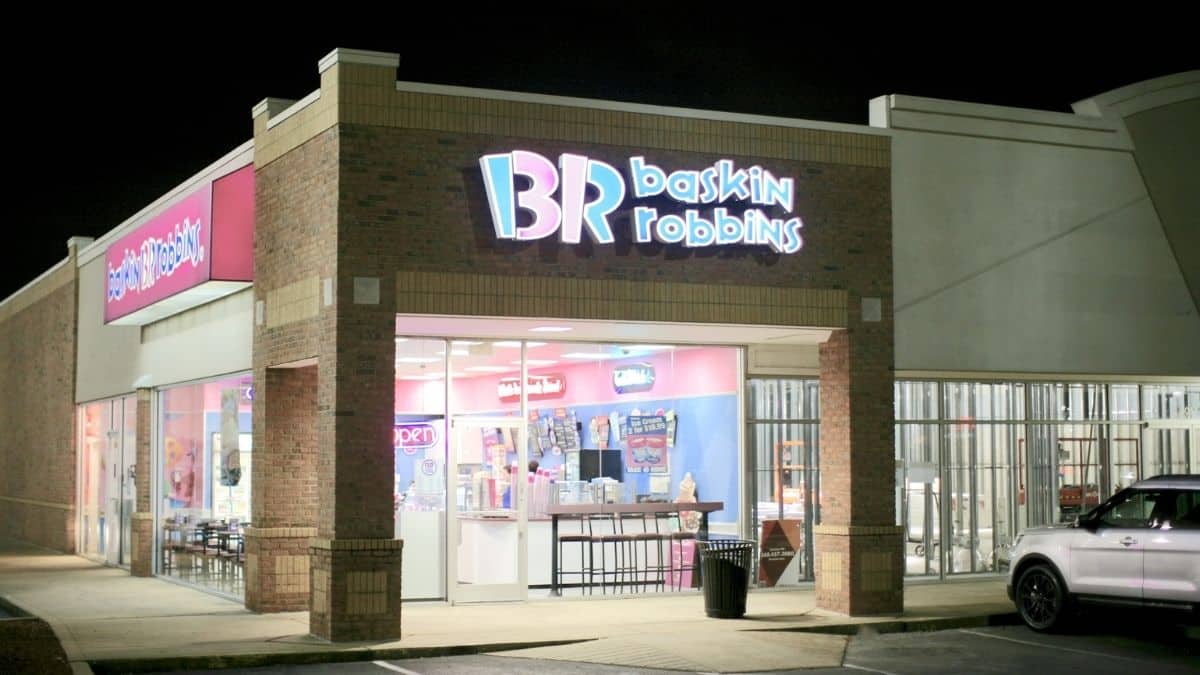 Baskin-Robbins is a prestigious chain of ice-cream specialty stores serving people for over 76 years now. Also, the world’s largest ice-cream seller, the brand has stores in more than 8000 locations. With around 2500 shops in the United States itself, you may want to know about the vegan options they offer.

Are you a vegan looking to enjoy the creamy and cold goodness of Baskin-Robbins ice-creams? Read on to know what your options are so you know just what to order at the store.

Released in August 2019, the Chocolate Extreme is an explosion of chocolate with semi-sweet chocolate chips. It also has a chocolate fudge ribbon. The ice-cream has an indulgent base of ingredients like coconut oil and almond butter.

All of the ice-cream ingredients are entirely plant-based and have no animal sources. That means there are no fish, milk, eggs, meat, or honey products in it.

As per Baskin-Robbins, the ice-cream does not have any preservatives, high-fructose syrup, and synthetic flavors. Chocolate Extreme is also a kosher and gluten-free ice-cream. While its ingredients are inherently gluten-free, it may not be safe for celiac patients. The ice-cream, however, is not allergen-free. It is worth noting that it contains soy and tree nuts.

Also, released in August 2019, Chocolate Chip Cookie Dough contains vegan cookie dough bits and chocolate chunks. Along with this, it has a chocolate fudge swirl. Similar to the Chocolate Extreme, it has delicious coconut oil and almond butter base.

It also uses plant-based ingredients and no products from animal sources. So the ice-cream is free of eggs, milk, and honey components. Besides, it is also void of added preservatives, fructose syrup, and artificial flavors. Once again, this ice-cream is not allergen-free. So bear in mind that it has ingredients like tree nuts, soy, and wheat.

Coffee Caramel Chunk is the latest vegan flavor released by Baskin-Robbins in November 2019. Unlike the other two vegan ice-creams, this one has an espresso base for all the mocha-lovers out there. Along with that, there are non-dairy chocolate chunks and a caramel swirl ribbon.

The ice-cream again uses no animal-sourced products at all. That means you don’t need to worry about milk, egg, or honey elements. It is even void of enzymes or rennet from animal sources. Like its counterparts, Coffee Caramel Crunch is entirely free of extra preservatives, false flavoring, and fructose syrup. However, it may not be allergen-free.

A sorbet is a variation of an ice-cream that passes on the dairy and fat, using only fruit and sugar. Baskin-Robbins’ menu offers a delicious raspberry-flavored sorbet of its own. The item is entirely vegan and contains no eggs, fish, honey, or milk.

It also does not contain soy, tree nuts, and wheat. However, there is no concrete evidence that it is allergen-free. We do not know if the item is gluten-free either. If these aren’t concerns for you, then go right ahead with this yummy vegan sorbet.

The Miami Vice Sorbet is another vegan option available at Baskin-Robbins. The flavor profile is a mix of strawberry daiquiri and pina colada. Here, too, the brand does not use any dairy or non-vegan products. However, finding this one at your local store can be a challenge.

For years before introducing actual vegan ice-creams, Baskin-Robbins offered customers another alternative, ice. Their vegan ice is a blend of water, sugar, and corn syrup-based ingredients. However, it holds back on the dairy. Here are some flavors for you to check out at your next visit to the store:

For those who prefer eating their ice-cream out of cones, you likely want these cones to be vegan too. Here are your options:

You likely also want to know that the toppings that go on your ice-cream are vegan. Here’s a list for you to keep in mind the next time you go to Baskin-Robbins for a scoop. The availability of these may vary from location to location.

If you didn’t know, the Dunkin’ Brand owns Baskin-Robbins. So it is quite likely that your local store offers quite a few coffee options for you to sip on. Here are your vegan options for when the coffee temptation gets too strong to resist:

Not a coffee person? That doesn’t mean you can’t enjoy a flavorful drink at Baskin-Robbins! Here are some of your non-dairy, vegan drink options at the store:

Most Baskin-Robbins smoothies have yogurt in them, so they are not vegan. However, you can perhaps ask the store to hold back on the dairy to get a vegan one.

For some out there, only avoiding non-vegan products isn’t enough. They might want to go the extra mile and skip all kinds of processing. Unfortunately, if this is the case for you, Baskin-Robbins has nothing to offer you.

Every menu item at this store uses processed sugar. Even settling for just a plain cone won’t help because it contains processed white wheat flour. Honesty, your only WFPB options at Baskin-Robbins are the vegan coffee drinks and, well, water.

Some Baskin-Robbins items look deceptively innocent. However, they are chock full of non-vegan products that you should avoid when you drop by the store. Here are a few of them:

As delicious as these items look, they all contain some non-vegan ingredients in them. The most common non-vegan products in them are milk and egg. However, there may be others too. For instance, the Rainbow Sherbet contains whey powder, which isn’t vegan.

Baskin-Robbins offered its vegan customers options like sorbets, ices, and fruit splashes for years. However, after discussions with PETA, the world’s largest animal rights organization, the brand decided to take to the path of vegan ice-cream. Baskin-Robbins quickly released two entirely vegan flavors, the Chocolate Extreme and the Chocolate Chip Cookie Dough.

The new additions to the menu met with a lot of success. So the brand was quick on the uptake and released yet another vegan flavor, the Coffee Caramel Chunk. PETA recognized Baskin-Robbins’ efforts to protect the environment while also serving delicious treats to their customers. So the organization decided to award Baskin-Robbins the 2019 Libby Award for Best Vegan Ice Cream for its velvety Chocolate Chip Cookie Dough flavor!

It is worth mentioning that Baskin-Robbins’ parent company, Dunkin’, also won a Libby Award in 2019. They took home the prize for the most vegan-friendly restaurant chain with their new Beyond Meat breakfast sandwich.

The two beat other vegan-friendly brands like Carl’s Jr., Blaze Pizza, Oatly, Hudsonville, and more. Without a doubt, PETA holds the two brands in high-regard, a good sign for vegan diners.

Other Vegan Ice-Cream Shops Worth Checking Out

If you are a vegan looking to indulge in the creamy wonders of ice-cream, your options are far from limited. Here is a list of PETA-recognized ice-cream shops for you to try:

When it comes to vegan options, Baskin-Robbins offers you quite a plethora. From ice-creams to drink to even toppings, the brand has quite a few vegan offerings, so take your pick. Perhaps one point of concern for some out there might be that the brand prepares both non-vegan and vegan ice-creams in the same space.

However, if it helps, consider that PETA favors the brand, making it all the more trustworthy. Whenever you choose to visit the store, keep this list in mind. That will help you customize the perfect vegan ice-cream with everything from plant-based toppings to cones.