What Are The Vegan Options At Pizza Hut? (Updated Guide) 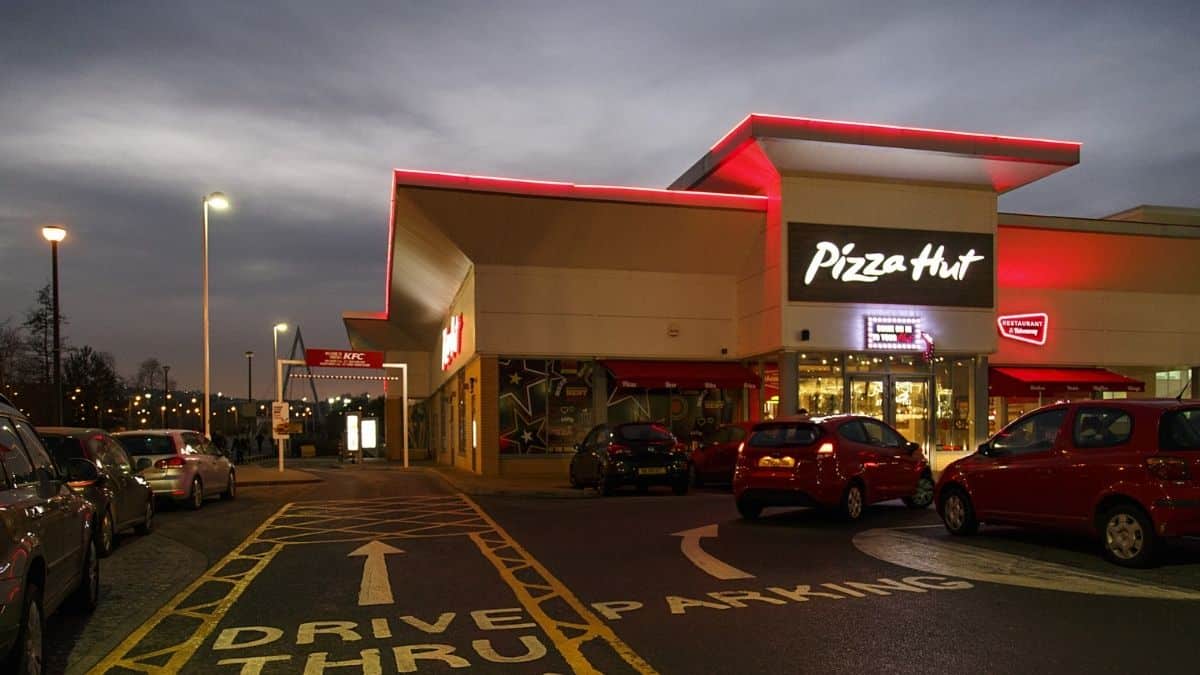 Pizza Hut is the daughter company of one of the world’s largest restaurant companies, Yum! Brands. Established in 1958, Pizza Hut became the leading restaurant chain with 18,703 outlets around the world.

Out of the hundreds of food items that the company serves, only a handful of them are vegan, unfortunately. Their vegan menu has fries, cinnamon sticks, sauces, Beyond Pizza, etc.

Vegans, however, should not worry about it as they can make most of their pizza vegan-friendly. Ask them to remove a few ingredients, and you can eat their delicious dairy-and-meat-free pizzas. Below you can find a list of vegan options at Pizza Hut.

The Great Beyond Pizza

The latest addition to Pizza Hut’s menu is the Great Beyond Pizza. Loaded with cheese, sliced tomatoes, onions, banana peppers, and vegan sausage, it became an instant favorite. However, their cheese is not vegan, so they better have the pizza without it.

Pizza Hut offers a lot of crust flavors that embellish your pizza. But only one of them is vegan – Buttery Blend Crust Flavor. So, you can either order a no crust flavor or go with the buttery blend. Avoid their Garlic Buttery Blend as it contains dairy.

As mentioned above, Pizza Hut does not have vegan cheese. The ideal option is to omit the cheese in your pizzas.

The pizza restaurant has several sauces on its menu, but only two of them are vegan.

Luckily, Pizza Hut offers a variety of vegan toppings you can add to your pizzas. These are:

The chances of cross-contamination in restaurants like Pizza Hut are high as they use the same equipment for vegetarian and non-vegetarian items. So, you can request the workers to use gloves and a different pizza cutter for vegan products. Also, see if they can replace cheese with another topping.

Their allergen guide clearly states that the restaurant cannot say anything about cross-contamination with allergens. They also mentioned that some of their products contain egg, soy, milk, and other allergens.

Does Pizza Hut Have Vegan Meat?

In October 2020, Pizza Hut added a vegan-friendly option to their menu. This inclusion happened after a lot of pressure from PETA (People for Ethical Treatment of Animals) and its supporters.

Now, their Beyond Meat Sausage Crumbles are 100% vegan and available at every outlet in the US.

How To Order Vegan Dishes At Pizza Hut?

Ordering a vegan pizza at Pizza Hut would require a lot of modifications in the ingredients. You can simply choose their Create Your Own Pizza option.

Creating and adding your preferred ingredients to the pizza is better than replacing them in the available recipes. Just omit the cheese and other non-vegan toppings.

Choose the Buttery Blend Crust Flavor, the only vegan crust at Pizza Hut. Other crusts contain cow’s milk and eggs. Opt for the vegan marinara and Buffalo sauces in your pizzas, or you can have the Buffalo dipping sauce.

Pizza Hut has loads of vegan toppings, such as banana peppers, green chile pepper, green olives, along with the ones mentioned above.

Other Restaurants That Serve Vegan Pizza

Apart from Pizza Hut, there a plenty of other restaurants that have vegan options on their menu. Here are a few places you can try!

The best thing about & Pizza‘s menu is that it has a separate section for vegan pizzas and other options. Their ancient grain dough and traditional dough both are vegan.

Other vegan toppings are:

Blaze Pizza took a step towards a vegan-friendly environment and started offering a pizza topping – vegan spicy chorizo. The addition came after months of talks with PETA.

Blaze Pizza offers vegan daiya cheese as a substitute for the regular cheese without charging you any money. Out of the five crusts, the classic and high rise crust are vegan, while others contain milk and egg.

The pizza restaurant has vegan red sauce and spicy red sauce. However, they have plenty of options for toppings. These are:

Pizza 73, a popular restaurant chain, recently added an ample amount of vegan options to their varied menu. Vegans can select the cauliflower crust for their pizzas along with the dairy-free cheese.

Pizza 73 also has two plant-based meat options – field roast spicy sausage and Yves veggie cuisine pepperoni. The best thing about these vegan options is that they are available at every Pizza 73 outlet.

In June 2020, Sarpino’s menu saw some great vegan additions to its menu. A few delicious inclusions were the Beyond Meat Italian sausage, vegan margarita, and vegan sausage calzone (made with dairy-free daiya cheese).

Their tall, thin, and hand-tossed crusts are 100% vegan. You can top your pizzas with plant-based chicken, roasted garlic and tomatoes, tater tots, olives, and spinach.

Amici’s East Coast Pizzeria has a separate section on its menu for its vegan options, so you can directly order without any modifications in the pizza. You can get their Beyond Pizza along with the dairy-free cheese.

Apart from pizzas, the pizzeria offers orecchiette pasta mixed in Beyond Meat sauce. Their Beyond open-faced sloppy joe with daiya cheese is one of the most delicious things on the menu.

Picazzo’s offers a plethora of vegan options at their outlets. They have Beyond Meat, and Beyond chicken strips work great as toppings on the pizza. Their dairy-free cheese and Alfredo sauce go well with pizzas. For desserts, Picazzo’s has the dairy-free cheesecake.

Two Boots’ menu comprises vegan calzones, vegan ricotta, and other animal-friendly products. They even created their own Earth Mother and V for vegan pizzas.

You can top them up with dairy-free cheese, veggies, and vegan sausages.

UNO Pizzeria & Grill lets you customize your pizzas with loads of vegan options available. Other than pizzas, they also have the Beyond burger, mixed berry & walnut salad, and primavera zoodles.

Following are those restaurants that are not much popular but have some delicious vegan pizzas and other offerings:

Now, you can enjoy pizzas at different restaurants as much as non-vegans. The list of vegan restaurants will increase in the upcoming years, giving you even more options. Due to the heavy demand for vegan food, more and more companies are introducing vegan items.

Pizza Hut may not be a vegan-friendly restaurant, but you can still enjoy their Build Your Own Pizza with their vegan toppings. If you want to try something else, you can refer to the list above.