Is Beano Vegan? Can Vegans Use Beano? 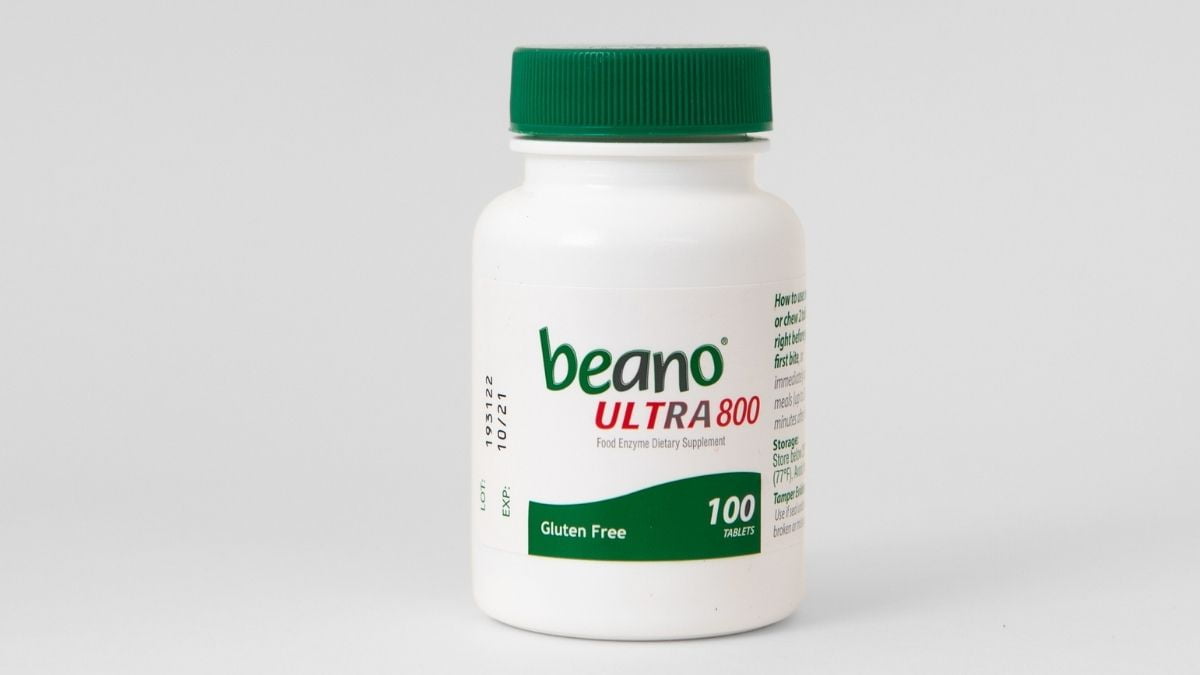 A healthy, vegan diet is good for sure, but it has its problems. The bad abdominal pain due to the intestinal gas caused by eating beans and whole grains is definitely an issue. It is undeniable that all vegans and many non-vegans face this problem.

One common suggestion is Beano, an enzyme-based dietary supplement that reduces intestinal gas. Although widely used, are you still concerned, is Beano vegan?

No. The company does not officially state this, but it contains animal-derived products. Vegans are shifting to alternatives of Beano.

We have provided a detailed study of the product Beano, with a list of some other alternatives and remedies for vegans.

Beano, distributed by Prestige Brand Holdings, Inc., is a dietary supplement that prevents gas before it occurs. Taking the required dose before consuming your food avoids digestive discomfort like bloating, uneasiness, and abdominal pain.

As is evident, Beano is named after beans, a major cause of intestinal gas. It also comes in usage beyond beans, for all high fiber and complex foods, like broccoli and corn, difficult to digest. It is available in three different forms for consumption – meltaway, tablet, and to-go that help people choose and consume according to their comfort.

Beano was developed by AkPharma in 1990 when the concern for gas-causing vegetables pioneered. In 2012 Prestige Brands bought Beano and were responsible for its distribution to date. Did you know that initially, Beano was also available in liquid form? But its production soon stopped, and it is now no longer available.

How Does Beano Work?

We all love eating highly nutritious, healthy foods like beans and vegetables, but our bodies might not always like them. Beans or many other high fibers, whole grain foods do not get completely digested in our body.

These high-fiber foods contain complex sugars which cannot be broken down easily by our digestive system. When the food reaches our small intestine, the simple sugars in it get extracted, but the complex sugars pass unaffected. Once it reaches the large intestine, the bacteria act on these passed-on sugars and turn them into gas.

Beano contains the enzyme α-GAL or alpha-galactosidase that breaks down the complex sugars into simple sugars. When we eat the food, Beano works upon it to convert the indigestible sugar into digestible sugar, eliminating gas formation.

Beano prevents the formation of intestinal gas and can be consumed in different manners. Various ways of using Beano are given below.

The primary method of using Beano is to take it before eating. As explained above, it breaks down the sugars when the food is consumed and aids digestion. It needs to be taken immediately before eating to have the maximum impact.

Another method of using Beano is to take the tablet or meltaway 30 minutes after eating food. The dosage proves to be effective this way too. The digestion process starts after 30 minutes of eating. Beano breaks down the sugars before they reach the intestine during the digestion process to avoid forming gas.

Traditional beer also contains some complex sugars which cannot be fermented by yeast. These sugars are directly consumed by the drinker, whose digestive system also cannot break these down. This leads to the formation of intestinal gas and flatulence.

So, as a simple solution, some people use Beano while brewing at home. Beano breaks down the complex sugar into simple sugar, so putting some tablets into the fermenter gives light beer. Although a good trick, it can give an odd taste to the beer.

Beano causes the intestines to release more simple sugars into the body than the intestines alone could. So, it increases the sugar level. It might not be safe for diabetic patients to consume Beano without consulting with their doctors once.

Beano has not been tested for consumption by children yet. Although no incidents of harm have happened after Beano’s consumption, it is advisable to consult the physician before giving Beano to children.

It is advised not to use Beano while cooking. Heating Beano reduces its effectiveness and might even render it useless. It could also alter the taste of the cooked food.

To assess whether Beano is vegan or not, it is essential to look at its components. The following are the ingredients used in its production and a little about their origin.

This is found only in plants as they root out of wood fibers and other non-fibrous plant matter. It is 100% vegan.

Mannitol is a low-calorie sweetener derived from starch and seaweeds.

It is an ingredient that helps in the digestive process. One can find it in yeast sources and bee pollen. This enzyme function boosts the digestion of sugar components in the body.

Potato starch is plant-friendly as it comes from potatoes.

It comes from animal and plant products and primarily comes in use as a lubricant.

It is derived from silicon which is vegan.

It is derived from fish, chicken, and cattle.

Why Is Beano Not Vegan?

As you now know that Beano is not vegan, let us help you understand why. The components in Beano comprise animal extracts and items like cod and magnesium stearate. Although not stated explicitly, some consumers have raised concerns over Beano containing gelatin, which is again an animal extract and product. The three ingredients that make it non-vegan are explained below.

The ingredients explicitly state Beano contains cod. It has fish based cod. Earlier, the distribution company used fish-based ingredients in most of its products, which was criticized. After some time, the company completely removed the mention of this issue from their site but did not clear the concerns.

Gelatin comes from animal body parts such as bones, ligaments from pigs, cows, or chickens. It usually has a high concentration of raw collagen. Its use in Beano produce is not explicit but is a concern addressed by many consumers, leading them to switch to more vegan alternatives.

Magnesium stearate is made up of two substances, namely mineral magnesium and saturated fat, stearic acid. It is used mainly in pharmaceuticals and other nutritional supplements. Stearic acid is a fatty acid.

No wonder most vegans hesitate to use Beano. It is, after all, a non-vegan product.

Many suspect the vegan nature of Beano. While many people may be comfortable in consuming Beano, others quite possibly lookout for other vegan products. Many people choose to follow some free methods of de-gassing, such as eating certain herbs that help the digestive process. Some changes in daily routine habits can also bring a significant amount of change to our digestion system.

Let’s look for remedies and alternatives that you can consider:

A popular option is consuming Bean-Zyme, which works totally like Beano. Both vegan and non-vegan options for Bean-zyme are available. Although it contains almost all vegan ingredients, you can ask for the vegan Bean-Zyme to be extra sure. It sure is a good alternative.

Soaking legumes overnight before using them helps in the separation of complex sugars present in them. These sugars are majorly responsible for intestinal gas formation. Draining this water before boiling legumes removes the sugars, solving the issue to an extent.

Many herbs and spices are also found to aid the digestion process. A tablespoon of fennel seeds and coriander seeds can be looked upon as an alternative to relieve gastric pain.

Some changes in food eating habits such as drinking a lot of water, avoiding carbonated drinks, chewing your food slowly and correctly, regular exercising relieves one from gas pain and improves digestion of the body. They also provide long-term health benefits.

Chewing peppermint and drinking Chamomile Tea also improves the digestion process. Although not much evidence is available, trying these methods bring no harm.

Unlike popular belief, there is no harm in consuming food that causes indigestion. Over time the body also gets used to the heavy food and helps digest it better by itself. Adopting a healthy lifestyle is always a good option.