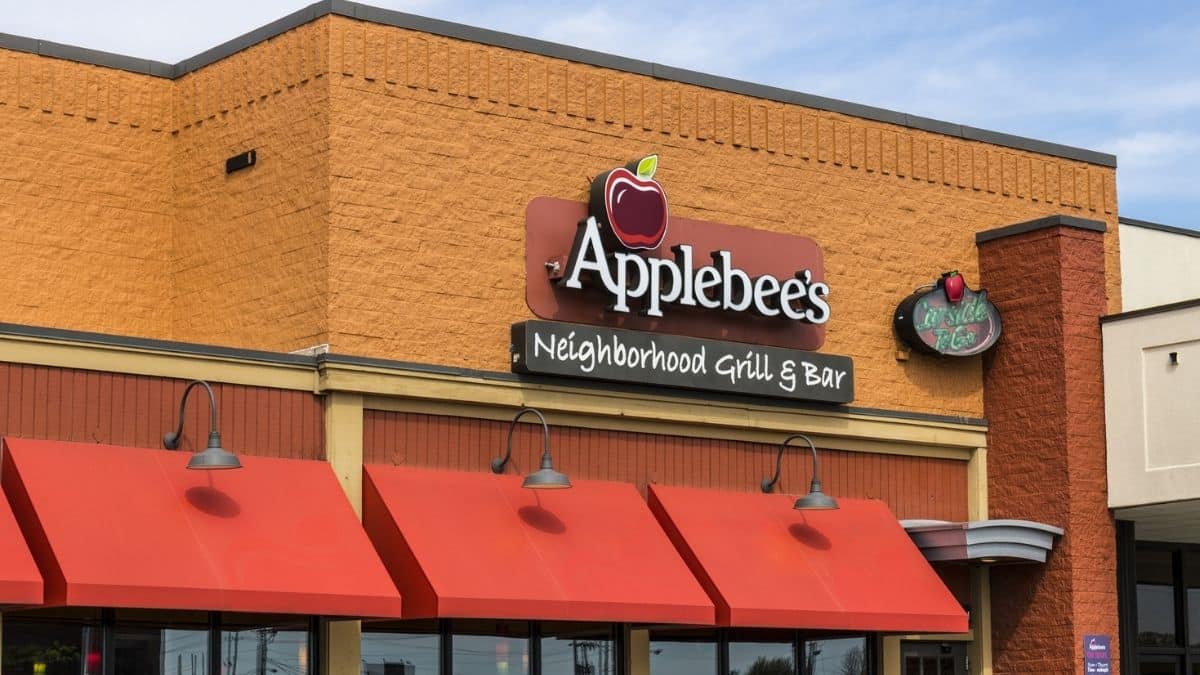 Applebee’s is one of the world’s biggest casual dining chains. It was celebrating 40 years in 2020, so it proves it’s one of the best too. However, is it best for vegans?

The restaurant serves in over 2000 locations in the USA and across the world. So they do boast a wide and varied menu. Even so, have they considered every kind of diet? What are the vegan options at Applebee’s?

One of the most popular vegan options is the Impossible Burger. Applebee’s added the first veggie burger to its menu, likely because of PETA’s petition for the same. Other than their vegan burger, Applebee’s are pretty limited in vegan options.

You can enjoy a plant-based diet at this casual eatery if you know how to customize your order. Read on to find out which menu items are for you if you’re a vegan looking to dine at Applebee’s.

Applebee’s boasts an Impossible Burger that tastes pretty close to the real deal: meat. Yet you can order it without a care because it’s 100% plant-based.

The patty in the burger uses soy and potato protein and coconut oil. It also has heme iron, a genetically engineered molecule that makes it taste like meat.

The one downside to the Impossible Burger is that it is only available in select locations. If you live in New York, this menu item is worth checking out.

Order a side of baked potatoes if you don’t feel like eating a burger. Not only is it a healthier option, but it tastes pretty good too. You can try and switch up the flavor by pairing it with vegan dressings.

Make sure to let the restaurant know that you want your dish to be dairy-free.

When it comes to salads at Applebee’s, you need to get a little creative. There are no vegan salads on the menu, but you can always customize the non-vegan ones. Here’s how you can do that:

Another safe bet for vegans out there is Crispy Red Potatoes. The Applebee’s website says so itself because they advertise no dairy in the dish.

To be safe, check with your waiter that there are no butter or animal products in the meal.

Broccoli is a popular vegan side dish in many restaurants. You can also order this when you’re feeling healthy because it’s steamed and not fried.

At Applebee’s, they usually do add dairy while preparing broccoli. You can always ask them to hold the butter when you place your order.

Baked potatoes and crispy red potatoes are more side dishes than actual meals. However, the sides menu has even more dishes to offer:

Options like the basket of fries and chips and salsa weren’t always vegan. They first used oil that had animal lard.

Now Applebee’s uses vegetable oils like soybean. These oils are free of trans-fat. Still, you might want to check with your server that the fryer for vegan dishes is separate.

Vegan sauces and dressings are a great way to spice up an ordinary plate of sides. At Applebee’s, these add-ons are usually free! So here are the dressings you can ask for:

You’ll never go thirsty at Applebee’s, even if you’re a vegan. Their menu has plenty of options for vegans to try. Besides that, there are many alcoholic beverages.

Here’s what you can find:

Applebee’s also offers fruit smoothies on their menu that is always worth trying. These are some of your options:

Applebee’s website lists these smoothies as dairy-free that is quite surprising. So make sure to check with your waiter that this applies to the location you visit.

A few options on the Applebee’s menu may look vegan but are not. Unfortunately, not every item on the menu is customizable. So here are some dishes vegans might want to steer clear off:

Most of these items contain either milk, or eggs, or both. The only exception is the breadsticks, but those too, are premade with butter.

Judging the pasta can be challenging. If you can convince the waiters to bring you plain pasta, you’ll be good to go.

The actual wheat pasta in the dish might be vegan. However, if not served with a simple marinara sauce, it will be full of cheese and meat. Not an option for someone on a plant-based diet!

Desserts are less confusing. The options in desserts are vegetarian but not vegan. They all have dairy, and there’s no way to ask for a modification.

Why Did PETA File A Petition Against Applebee’s?

PETA first filed a petition against Applebee’s in 2016 for a vegan burger option. Even with over 2000 locations, Applebee’s menu was not all that inclusive.

The popular chain restaurant’s menu was full of chicken, steak, and more for meat lovers. Yet plant-based items were surprisingly few and limited to chips, guacamole, or fries.

PETA gave examples of chains like Johnny Rockets, Denny’s, and White Castle. They said that vegans had little to choose from besides salads and fries. They asked Applebee’s to change that by adding more plant-based items to their menu and entrées.

It took Applebee’s two years to heed the call. And in 2018, they put the Impossible Burger on their menu. As of 2020, this is the only vegan option at Applebee’s. It is yet to be available in all 2000+ outlets of the restaurant.

What Are The Fully Vegan Options At Applebee’s?

As of now, the only fully vegan meal on Applebee’s menu is the Impossible Burger. Unfortunately, this dish isn’t yet available in locations outside New York.

Other vegan options at Applebee’s are the sides and drinks. The Applebee’s website claims the Crispy Red Potatoes and fruit smoothies are dairy-free. Of course, there are other plant-based sides like fries and chips, too.

Whenever at Applebee’s, check with your server that they use different equipment for vegan food.

How To Get A Vegan Meal At Applebee’s?

Since Applebee’s is far from having a vegan menu, getting a meal here can be tricky. However, it’s not impossible to do so. The key to eating vegan at Applebee’s is to be smart about it.

Browse the menu for customizable options and check which items you need to replace. Ask your waiter to hold any products like cheese or dairy. Also, switch out non-vegan dressings or sauces.

Yes, most of the vegan options on the Applebee’s menu are sides. So if you pair two or three sides of your liking, you could easily get a meal out of it.

How To Get A Whole-Food Plant-Based Meal At Applebee’s?

Some of you out there might want more than a vegan meal. You might be looking to avoid processed and fried foods as well.

Well, there aren’t too many options at Applebee’s. You’ll have to settle for baked potatoes, steamed broccoli, and customized salads. Also, you might have to go for multiple servings of the same!

What Does The Impossible Burger Mean For Vegans?

Applebee’s is still not a restaurant vegans would frequent. Even though the addition of the Impossible Burger isn’t much, it’s a step in the right direction.

According to an Applebee’s spokesperson, the restaurant is always looking to improve. They want guests to enjoy meals at their restaurant by bringing new offerings to the table. So this could be a sign of better vegan options to come in the future.

For now, Applebee’s isn’t the ideal place to eat out if you’re vegan or looking to be vegan. Besides the Impossible Burger, the menu has little to offer by way of actual meals.

Not everyone will want to pile up on sides since they all have potatoes. Also, for every other item, you have to ask for heavy modifications.

To sum up, vegans will not be eatin’ good in the neighborhood as yet. 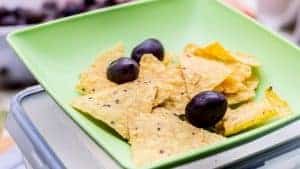 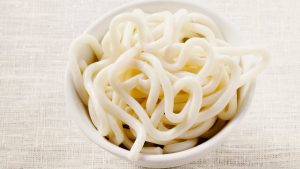 Udon noodles are vegan. They are wheat flour-based, thicker than your usual noodles. So, the ingredients are solely water mixed into wheat flour, and that’s all. 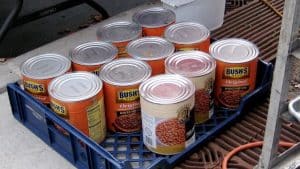 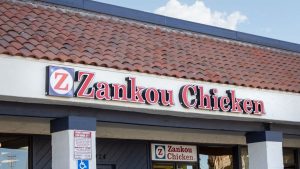 Zankou Chicken, as the name suggests, is famous for its homemade chicken and garlic sauce which is their secret recipe. However, there are many vegan-friendly options. 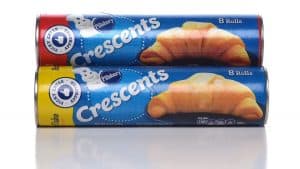 Pillsbury’s products generally include milk, other dairy derivatives, or eggs. Nonetheless, Pillsbury has a range of accidentally vegan snacks. 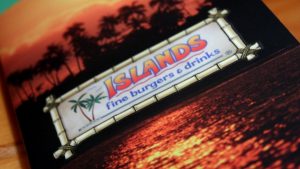 Over the years, Islands has included various vegan options in their menu so that everyone can enjoy their exceptional service and dishes.